Four Southampton managers and the four men on the sideline to see Shane Long score a goal for his team.

After as bright start at St Mary's, Long has struggled to find regular goals. While he prospered under Claude Puel, the Ireland forward has struggled over the past two and a half seasons. Injuries and back-room changes have not helped but Long's confidence also took a knock and it often felt as if the goals would never come.

END_OF_DOCUMENT_TOKEN_TO_BE_REPLACED

Under new Saints boss Ralph Hassenhuttl, however, many players have been reinvigorated. Long is one of them.

Away to Leicester, and starved of possession, Long chipped in with a goal and an assist in a vital win that saw Southampton climb out of the relegation zone.

END_OF_DOCUMENT_TOKEN_TO_BE_REPLACED

11 minutes had passed when Long was fouled in the box to get his side a penalty that James Ward-Prowse duly dispatched. Yen Valery was red-carded in the 44th minute to make the visitor's task tougher.

With the game deep into injury time at the end of the first half, Long did what he has been doing best for the past decade - chased a seemingly lost cause and made something of it.

The ball was pumped long by Saints goalie Alex McCarthy and took a bounce before looping up high into the air after Ricardo Pereira got a head to it. 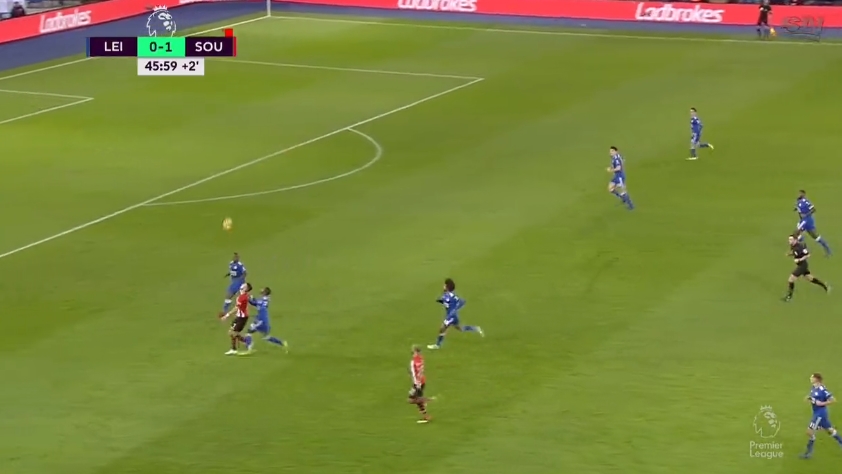 END_OF_DOCUMENT_TOKEN_TO_BE_REPLACED

The Tipp native had defenders Nampalys Mendy and Pereira to deal with, and deal with them he did.

His first touch saw him thigh the ball forward to take Pereira out of the equation. Mendy looked to be in a perfect position to shepherd the ball and get a clearance. Instead, Long leaned in and got a touch to knock the ball on and send his opponent sprawling. 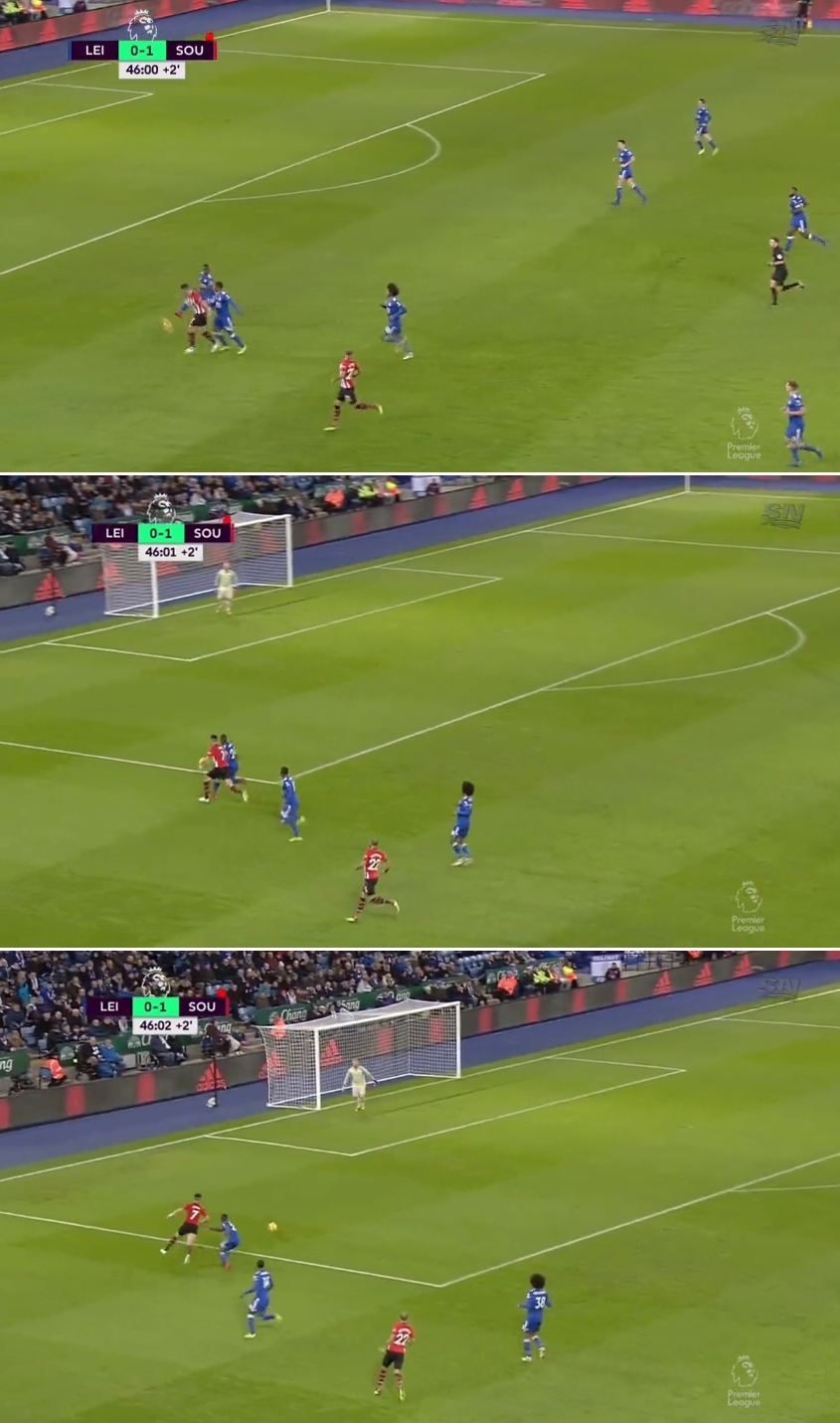 He was through on goal but there was still the matters of Kasper Schmeichel and an acute angle to deal with.

Showing composure to belie the fact that he had only scored one previous goal this season, Long set himself, waited for Schmeichel to commit and lift a crisp strike over the City No.1. 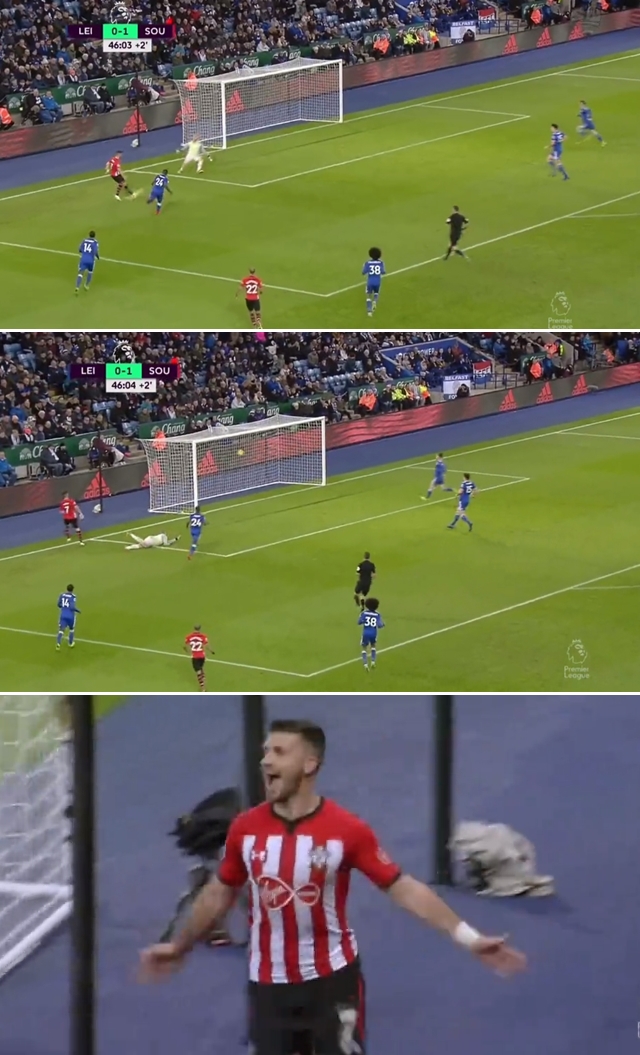 Not a bad way to score your first of the season, and shake off a poor 2018.

Pereira made up for his part in that Long goal by teeing up Leicester forward Wilfred Ndidi to make it 2-1, midway through the second half.

It was not enough, however, and Long was the matchwinner for the Saints. Mick McCarthy and a host of Irish fans will be delighted to see signs of attacking life from the 31-year-old.


popular
Rangers legend says he and Roy Keane didn't speak during Man United spell
The coolest customer in hand-ball hoping to carry on the family tradition for Kilkenny
Oli McBurnie: Police investigating video of alleged 'stamp' on Nottingham Forest fan
Josh van der Flier and Sam Monaghan win big at Irish rugby awards
Rhodri Giggs accuses Gary Neville of hypocrisy over Salford sacking
"County football isn't for everyone" - Down captain Barry O'Hagan hits back at criticism
"I think there are only five Kilkenny players who are guaranteed to start on any given day" - Cody's motivational methods
You may also like
1 hour ago
Your guide to a huge weekend of sport and how to watch it all
2 days ago
QUIZ: You have 60 seconds to answer one Premier League goalkeeper question
2 days ago
QUIZ: Can you name these 26 Premier League winners?
3 days ago
Pep Guardiola sets Southampton difficult task ahead of Liverpool clash
3 days ago
Patrick Vieira confirms Tayo Adaramola will make his Premier League debut
3 days ago
Antonio Rudiger denies he's leaving Chelsea because of sanctions
Next Page