He has pulled out with a calf injury.

Shane Long has pulled out of the Republic of Ireland squad to play Gibraltar and Georgia. Ireland get their Euro 2020 qualification campaign underway on Saturday in Gibraltar, before hosting Georgia in Dublin three days later.

However, they will do so without Long. The Southampton striker, who has earned 82 caps for his country, has withdrawn from the squad and returned to his club due to a groin injury. 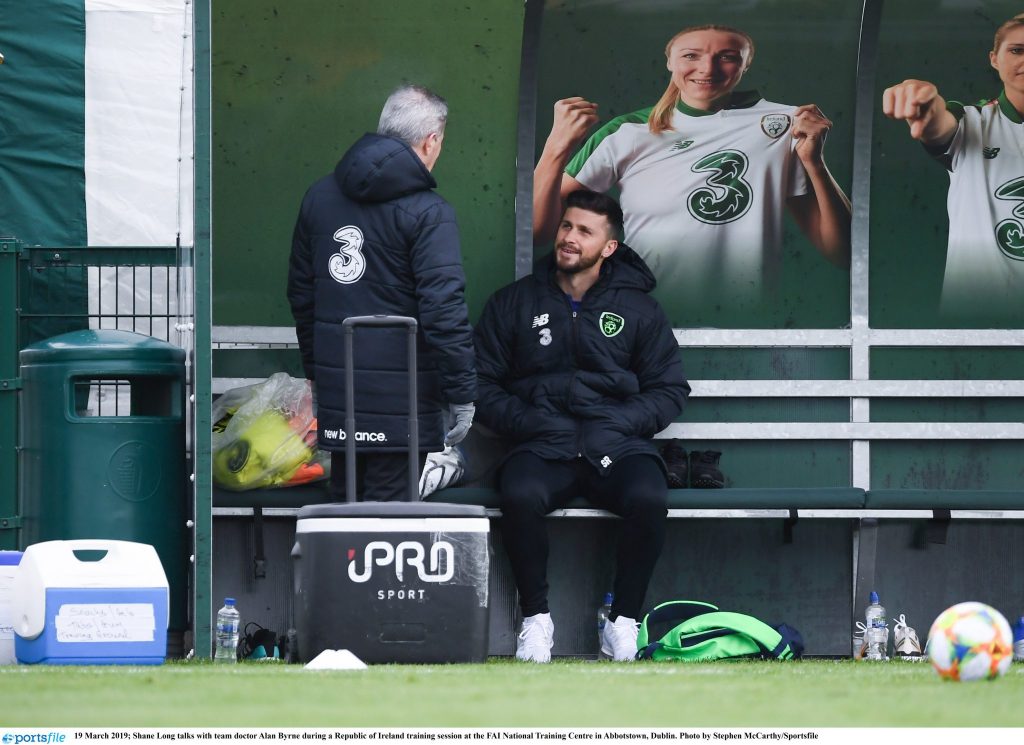 END_OF_DOCUMENT_TOKEN_TO_BE_REPLACED

Long joins Alan Browne, Ronan Curtis, Michael Obafemi and Callum O'Dowda on the Ireland injury list. He has been replaced in the squad for the upcoming games by Millwall forward Aiden O'Brien.

Mick McCarthy now has O'Brien, David McGoldrick, Sean Maguire and uncapped James Collins available to him to start up front for Saturday's game against Gibraltar.

Between them, the forwards have 14 caps for Ireland, and only O'Brien has found the net. 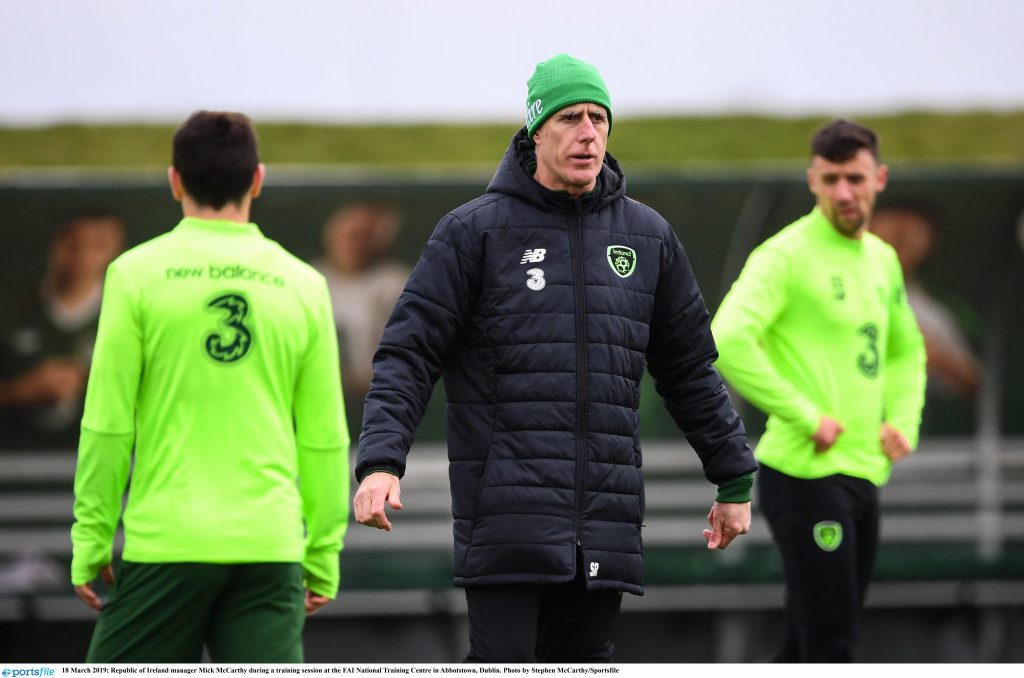 END_OF_DOCUMENT_TOKEN_TO_BE_REPLACED

Richard Keogh broke a bone in his right hand during Derby's game with Stoke City last Wednesday. But he has delayed surgery to be involved with the Ireland squad and his club's promotion challenge.

"I did a bit of DIY and got through the game," the defender told reporters on Tuesday morning at FAI HQ in Abbottstown.

"I went for the X-ray and at first they were talking about surgery. This was before I spoke to the hand surgeon and I didn't particularly want to do that.

"When I spoke to him I just said, 'Listen, if there's a chance of me playing, I just want to carry on playing if that’s possible. I don’t want to have surgery’.

"I'd rather just take the risk and just crack on.

"He saw the X-ray and said, 'I think we can do that'. If it hadn’t been the middle of my finger where it’s protected by the other two, I think I might have had to have surgery and been out for a bit."

"But fingers crossed, I can just resume training, playing and carry on, so it worked out well in the end." 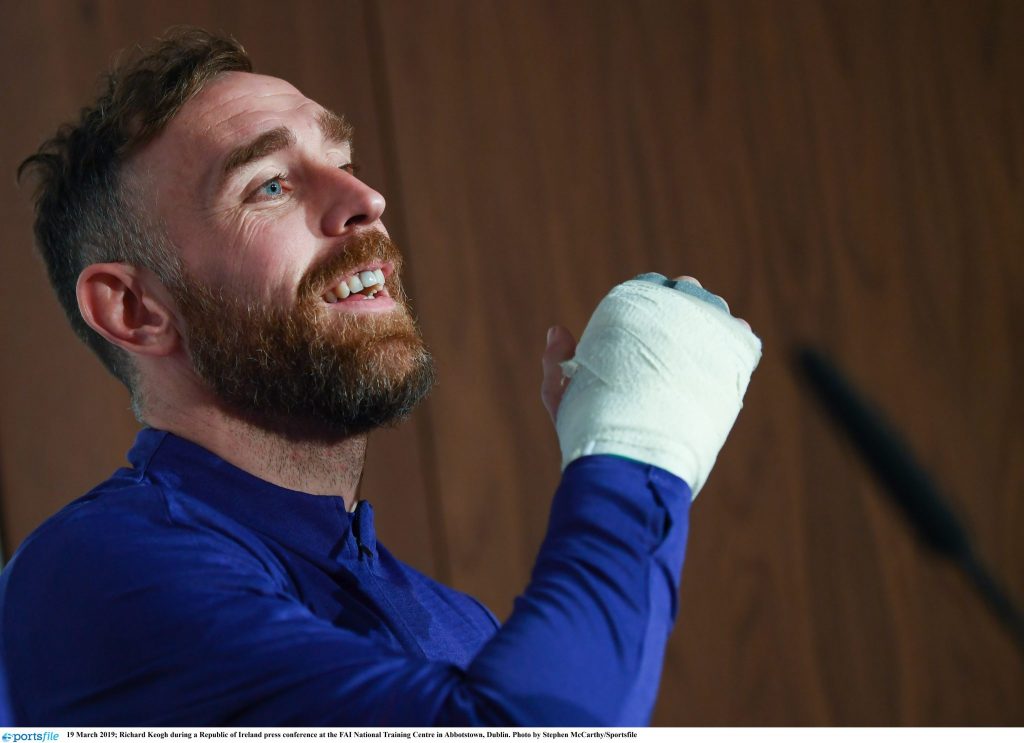 END_OF_DOCUMENT_TOKEN_TO_BE_REPLACED

Otherwise, there are no injury concerns for McCarthy as he prepares for his first game in his second stint as Ireland manager.

Every member of the Ireland squad trained on Tuesday morning - apart from Conor Hourihane, who will meet up with the team later in the day after the birth of his child.