The Republic of Ireland take on Wales on Thursday in Cardiff.

The two sides meet in their opening fixture of the new Uefa Nations League tournament, but Shane Long may not play any part in the match.

Long was named in Martin O'Neill's squad for the Nations League game and for Ireland's friendly against Poland a few days later.

However, the striker was forced off injured during Southampton's 2-0 win over Crystal Palace on Saturday. 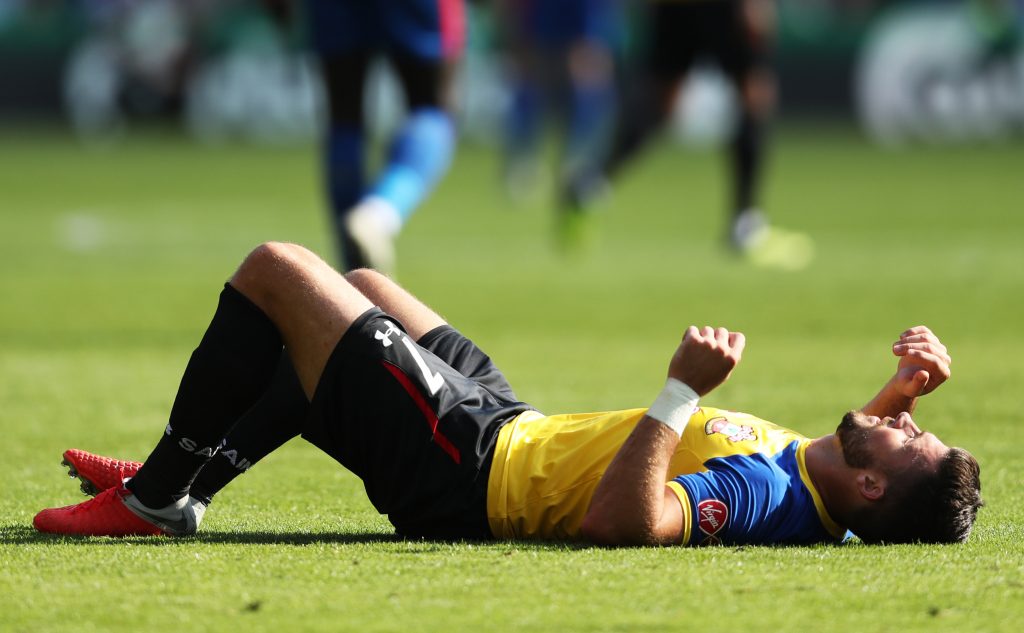 END_OF_DOCUMENT_TOKEN_TO_BE_REPLACED

Long started the game at Selhurst Park but had to be replaced by Charlie Austin after 62 minutes. It's not yet known how serious the injury is, but Long's involvement in Ireland's upcoming matches now appears to be in doubt.

O'Neill admitted earlier this week in Dublin that he was short of options up front, and Long's injury won't help the Ireland manager.

END_OF_DOCUMENT_TOKEN_TO_BE_REPLACED

"We have had to make do. We can't go into a transfer market. We can't try and sort something out, it is what it is. Absolutely, I can't deny that it's a problem," O'Neill told reporters when asked about Ireland's issues up front.

However, there was some good news for the Ireland manager on Saturday. Callum Robinson has been named in the Ireland squad and he got on the scoresheet in Preston's 2-2 draw with Bolton.


popular
Rangers legend says he and Roy Keane didn't speak during Man United spell
The coolest customer in hand-ball hoping to carry on the family tradition for Kilkenny
Rhodri Giggs accuses Gary Neville of hypocrisy over Salford sacking
Josh van der Flier and Sam Monaghan win big at Irish rugby awards
FootballJOE's Career Path Quiz: #6
"I think there are only five Kilkenny players who are guaranteed to start on any given day" - Cody's motivational methods
"County football isn't for everyone" - Down captain Barry O'Hagan hits back at criticism
You may also like
5 days ago
Five Ireland players who could be on the move this summer and the clubs they could sign for
1 week ago
Wayne Rooney takes aim at Paddy Kenny's goalkeeping in Man City title win
1 week ago
Joey Barton comments on Glenn Whelan's future following Bristol Rovers promotion
1 week ago
Tottenham and West Ham chasing Ireland Under-21 star Ollie O'Neill
1 week ago
Two Premier League clubs interested in signing Gavin Bazunu on loan from Man City
1 week ago
Scott Parker claims Mark Travers 'epitomises everything' Bournemouth are
Next Page