Arsenal have lost for the first time in 22-games and Southampton have their first win at home since April. It was a dramatic Premier League tie between the two sides at St Mary's on Sunday afternoon.

Henrikh Mkhitaryan scored twice for the Gunners, but goals from Danny Ings (2) and Charlie Austin gave the Saints their first win at home this season.

Shane Long also played an important part in the victory for Ralph Hasenhuttl's side.

The Irish striker came on as a substitute in the second half, had a goal ruled out for offside and then help decide the game with a beautiful pass to Austin at the back post.

Mesut Ozil lost the ball in the middle of the pitch before Long, in an ocean of space, was played in on the Arsenal goal by Pierre Hojbjerg.

⚽️ Charlie Austin has scored in all 5 of his PL apps against Arsenal, for Southampton and QPR - not previously been on the winning side (D1 L3) pic.twitter.com/Y6UQ2c0wSh

Long took a touch, slowed down, composed himself and spotted the run of Austin at the back post.

The Tipperary-native then dinked a wonderful pass towards his teammate.

It was just out of the reach of Arsenal goalkeeper Bernd Leno, and Austin was there to head the ball home and give Southampton the three points. 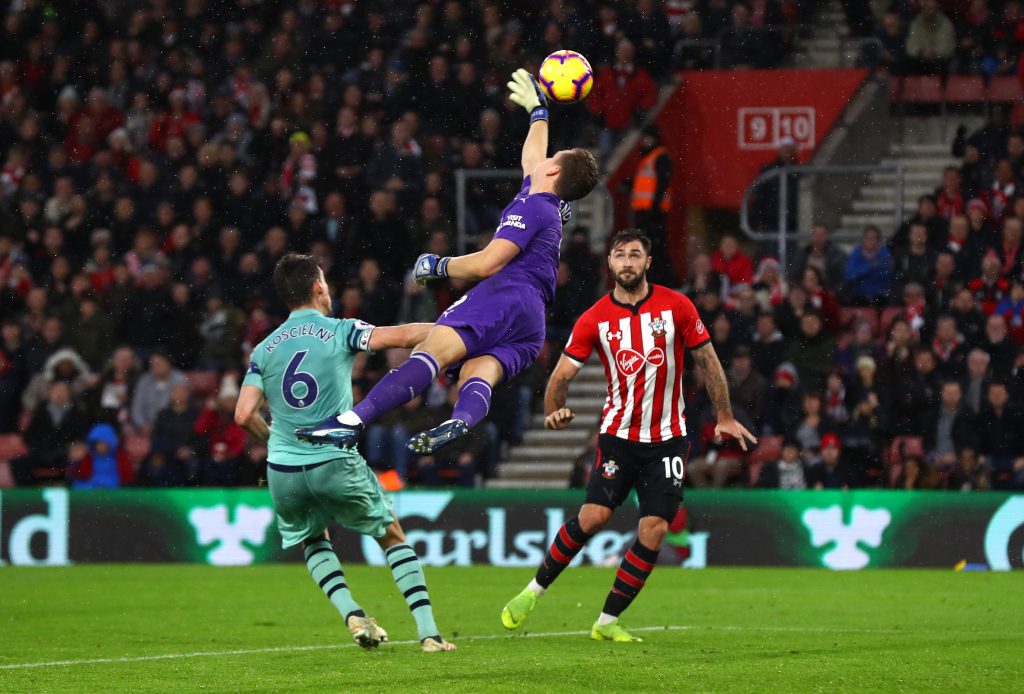 Long has had a difficult time over the last two seasons and has scored just seven goals in club football since the start of the 2016/17 season.

However, his cameo appearance on Sunday proved that he still has a role to play for Southampton as they seek to retain their Premier League status.


popular
Rangers legend says he and Roy Keane didn't speak during Man United spell
The coolest customer in hand-ball hoping to carry on the family tradition for Kilkenny
Oli McBurnie: Police investigating video of alleged 'stamp' on Nottingham Forest fan
Josh van der Flier and Sam Monaghan win big at Irish rugby awards
Rhodri Giggs accuses Gary Neville of hypocrisy over Salford sacking
"County football isn't for everyone" - Down captain Barry O'Hagan hits back at criticism
"I think there are only five Kilkenny players who are guaranteed to start on any given day" - Cody's motivational methods
You may also like
53 minutes ago
Your guide to a huge weekend of sport and how to watch it all
2 days ago
QUIZ: You have 60 seconds to answer one Premier League goalkeeper question
2 days ago
QUIZ: Can you name these 26 Premier League winners?
3 days ago
Pep Guardiola sets Southampton difficult task ahead of Liverpool clash
3 days ago
Patrick Vieira confirms Tayo Adaramola will make his Premier League debut
3 days ago
Antonio Rudiger denies he's leaving Chelsea because of sanctions
Next Page