Shamrock Rovers headed to Tolka Park and knew they would need to be at their best to see off Shelbourne and keep up the chase on league-leading Derry City.

Emmet Phelan headed along to Shels' home patch and gives his take on another pulsating Dublin derby. He writes...

END_OF_DOCUMENT_TOKEN_TO_BE_REPLACED

A fine but changeable spring evening as sun dappled the finely cut grass at Tolka. Lively music charged from the corroded megaphones, riling up the crowd in anticipation of an eventful fixture. Shelbourne welcomed their South-side opponents, Shamrock Rovers. A small group of players decided to get their early warm up in, passing the ball amongst one another with a solitary touch.

A emboldened excitement filled the air as the fans began to pour into the stadium. Parents, young adults, and children took their seats, with the latter boasting their Friday haircuts. Both sets of players jogged out to the pitch to get their team stretches in. There was no doubt this was a big game, for all involved. Rovers would have been already weary of the gap between themselves Derry.

Shelbourne were look to capitalise on any panic that may exist in the Shamrock Rovers consciousness, a drop in points could see the title race being teed up for Derry, even at this early stage. In their reintegration season, to the top flight, Shelbourne were averaging over a point a game and sat three points above Finn Harps. Nonetheless, they were eager to put up a good performance and break their drought of goals scored from open play at Tolka Park, something they had yet to achieve this season.

'Dig your heels in, don’t take no for an answer' 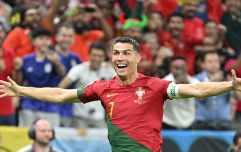 END_OF_DOCUMENT_TOKEN_TO_BE_REPLACED

Shelbourne were underdogs, for sure. This was reflected in the words from Shels fanatics exchanged with myself in Fagans pub, ahead of the match. "Don’t write anything bad about Shels," one remarked, with no hint that he was joking.

Boasting a young side with a high profile but, in Damien Duff, an inexperienced manager in the dugout, things feel novel around Shelbourne. It is common knowledge amongst League of Ireland fans what their goals are for this season - survival. 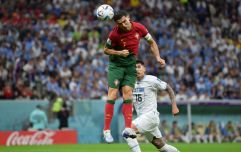 END_OF_DOCUMENT_TOKEN_TO_BE_REPLACED

This excitement was paramount in the stadium. Red and white flags swayed in the home end as the Rovers fans let their presence be known through the emission of green and white smoke. A bold but intimidating practice from the away support. Players all wanting to make a good account of themselves; guest star Stephen Kenny in attendance.

You could feel the enthusiasm surrounding the club minutes before kick-off. Indeed, this season feels like a huge moment for Shelbourne. Perhaps this comes from Damien Duff, the energy of young players Shane Farrell, Aodh Dervin and Kameron Ledwidge, the unique colour of North-side fandom, their return as a top flight club or the proposed stadium expansion.

All these intangibles cannot be directly traced to their performances on the pitch. However, they are symbolic of a precious culture shared by players, fans, staff and even members of Save Tolka Park committee. Dig your heels in, don’t take no for an answer and look after your colleagues. 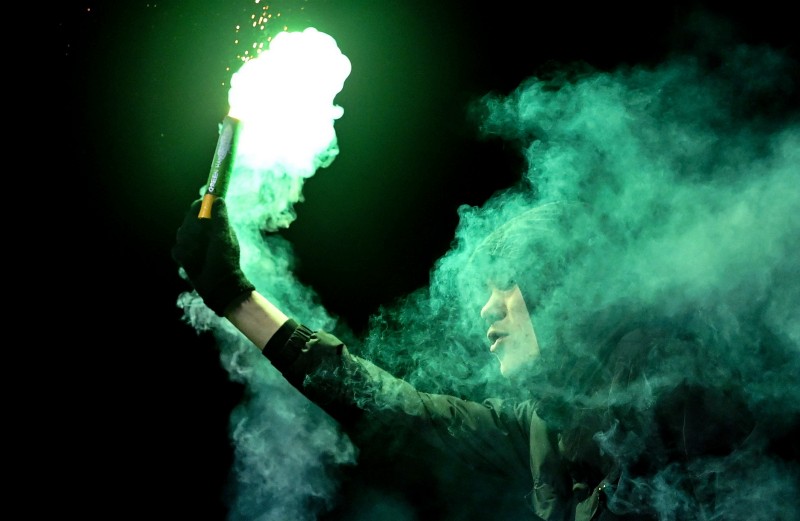 'We could get rolled over here'

The game kicked off as the sun began to retract and red plastic chairs were filled with jean pockets. An early goal from the away side threw a spanner in the works.

Andy Lyons completed a marauding run largely unchallenged with a tidy finish past Brendan Clarke. Huge setback for Duff's side. “We could get rolled over here," mutters a nervous fan, seated just in front of the press box.

Shels fans eagerly got behind their team, with each save from goalkeeper Brendan Clarke and each counter-attack being met with vicious applause. Cheers of irony greeted the first attempt at goal from the home side. Rovers’ fans were comfortable. Shelbourne's, on the other hand, must have felt their spirit was needed in the game, protesting every free kick with calls for a booking.

By half-time, Shelbourne were lucky to still be in the game. Without doubt. Rovers had several big chances within the first half to put the game to bed.

This also presented Shels with an opportunity. Project Stay in the Game - one chance is all it takes to nick an equaliser.

The second half began as the instructions from Duff could be seen in the players' actions. Shelbourne were that split second more agile, willing to get higher up the pitch, with and without the ball. The booming voice of home support could be heard, ushering the team on in an important period of the game. Rovers looked a little delicate, as if the atmosphere is playing its part.

Sure enough the home side got their reward. Shane Farrell converted a delightful cross from Kameron Ledwidge following a lightning quick counter-attack. The equaliser incited pandemonium from the home support. Red flares filled the air as the fans chanted, “Shane Farrell, he’s one of our own”

Shelbourne tails were up and the home crowd was in good voice. Substitute Sean Boyd made an instant impact but suffered an awkward tumble that caused him some problems. He stayed on the ground holding his shoulder, with the ball still in play.

“SEAN! Do you want me to pop it back in?!” Shouted Duff, somewhat jokingly. He was keenly aware of the importance of Boyd in snatching all three points. Farrell received a standing ovation when he was called off, late in the game.

But, as all fans know, football can be cruel. The match turned into a game of pinball in the jittery closing minutes. The play was compressed and all it took was one slack pass from youngster Aodh Dervin to allow a dangerous counter. Aaron Greene fired in a beautiful strike from just outside the 18-yard box, in front of the now hysterical away end. 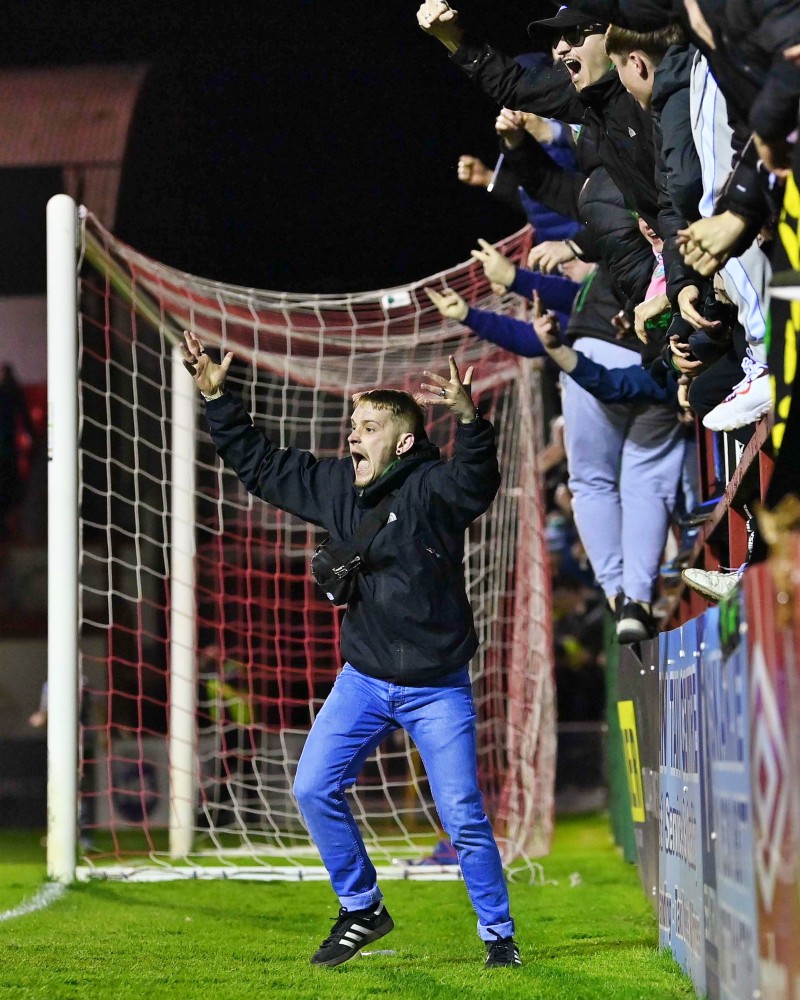 A Shamrock Rovers supporter celebrates on the pitch, at Tolka Park. (Photo by Seb Daly/Sportsfile)

'You're not singing any more'

The home end was deflated. Fans silently turned to each other with blank expressions, or clenched their fists at the cackling delight of the away support.

“You’re not singing any more” was an accurate observation from the Shamrock Rovers support, however it does not fully reflect the impact the home support had - pulling their side out of a slow start and giving them the belief to chase the game.

Those bright early evening vistas seemed a distant memory. Fans poured out of Tolka Park, with the moon and some dim street-lamps as the sole source of light filling the night sky in Drumcondra.

Shelbourne finished with nothing. Many fans and players, one hoped, left with heads held high, and knowledge they can put it up to any team in the league this season.

On that note, next up for Shelbourne is an away trip to Derry City.


popular
Cristiano Ronaldo 'agrees £173m-a-year deal' with Saudi club
Castleknock's Warnock the hero as Maynooth win first ever Ryan Cup final
Damien Duff makes 'brutally honest' England World Cup prediction after Wales win
"Nowadays, even if I don't hit a ball, I don't care as long as we win" - Gleeson learning from the past
World Cup 2022 Day 11: All the major action and talking points
Argentina reach World Cup last-16 with convincing win over Poland
Thibaut Courtois warns teammates after leaks emerge from Belgium camp
You may also like
1 day ago
Canelo Alvarez duped by fake Lionel Messi Instagram post
4 days ago
Saudi fan switch allegiances after Lewandowski's first World Cup goal
4 days ago
Man United youngster causes scrap from the bench after throwing ball at Australia player
5 days ago
World Cup fans complain that accommodation is 'flooded with sewage'
5 days ago
Full player ratings as England are held to a goalless draw against USA
5 days ago
Japan fans explain why they clean up after World Cup matches
Next Page