Sergio Ramos is what some people might call a 'bit of a boyo'.

Very talented, but a red mist often descends, and along with great skill, comes a capacity to do lots of stupid things.

The Real Madrid defender has a terrible record of being caught out by referees, and has amassed an incredible 21 red cards during his time at the Bernabeu.

Even with his idiocy, there isn't any team in the word who would not want him in their defence, as he is is actually quite good at stopping goals, when his head is screwed on.

Manchester United were rumoured to have had a key interest in the player last summer, as his contract talks with the club look edto have stalled under the regime of Rafa Benitez.

Speaking in Spain, the Real Madrid captain has confirmed he was close to a deal with Old Trafford, but changed his mind at the last minute.

"At one point I did think about making a change, but at the end of the day my priority has always been Real Madrid and I thought about a change for other reasons.

"...but all of those problems were resolved and everyone's happy, but it wasn't an economic issue like some people made out." 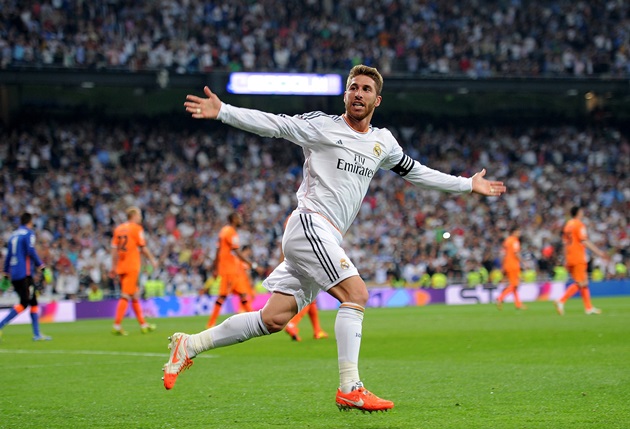 The defender is preparing for the Champions League semi-finals this week as Madrid get ready to travel to England to face Manchester City at the Etihad. 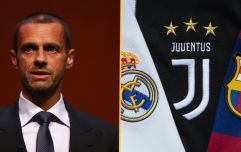 END_OF_DOCUMENT_TOKEN_TO_BE_REPLACED

And in the course of the interview  he was also asked how he felt to be playing in a team that has Keylor Navas in goal, rather than David de Gea, whom the club made an utter balls of trying to sign last August.

Ramos is clear that he still wants to see the Spanish international play at the Bernabeu. No offence, like.

"Talking about players who aren't here would be a lack of respect to Keylor, Kiko Casilla and Rubén, but as I have always said: only the best players should be here at Madrid and if the powers that be think that he should come... for me De Gea is one of the best."

Interesting, as ever, from the sometimes lucid Sergio.


popular
Rory O'Connor gets Wexford out of jail as Shanagher throws it back
Conor McGregor sends message to new UFC lightweight champion
Burnley report Leeds' Ezgjan Alioski over gesture made towards Dwight McNeil
The SportsJOE 12 o'clock quiz | Day 352
Alisson gives moving post-match interview after scoring late winner for Liverpool
'Stop, stop, STOP!' - Texas crowd left stunned as UFC legend has arm snapped
QUIZ: Can you name these La Liga cult heroes?
You may also like
1 week ago
You'd swear the world was ending as Spanish tv host goes after Eden Hazard
2 weeks ago
Marcelo to miss Chelsea second leg after being randomly selected to work in polling station
1 month ago
Liverpool fan turns to tattoos and Cheryl Cole to inspire Madrid miracle
1 month ago
Richie Sadlier tears into "liability" Trent Alexander Arnold as Liverpool crumble
2 months ago
WATCH: Benzema with a stone-cold stunner to save Madrid's blushes
2 months ago
You're Erling Haaland - choose your next club
Next Page