Any physical contact with match officials should result in a yellow or red card.

Only Sergio Aguero could tell you what was going through his head when he grabbed the shoulder of lineswoman Sian Massey-Ellis during Manchester City's league encounter with Arsenal. In all likelihood, it was more like a brain-freeze.

The Argentine was contesting a throw-in near the end of a first half that City edged, and were leading 1-0.

Massey-Ellis awarded the throw to Arsenal and Aguero was not best pleased. After remonstrating with the match official, Aguero foolishly reached out and grabbed her shoulder. 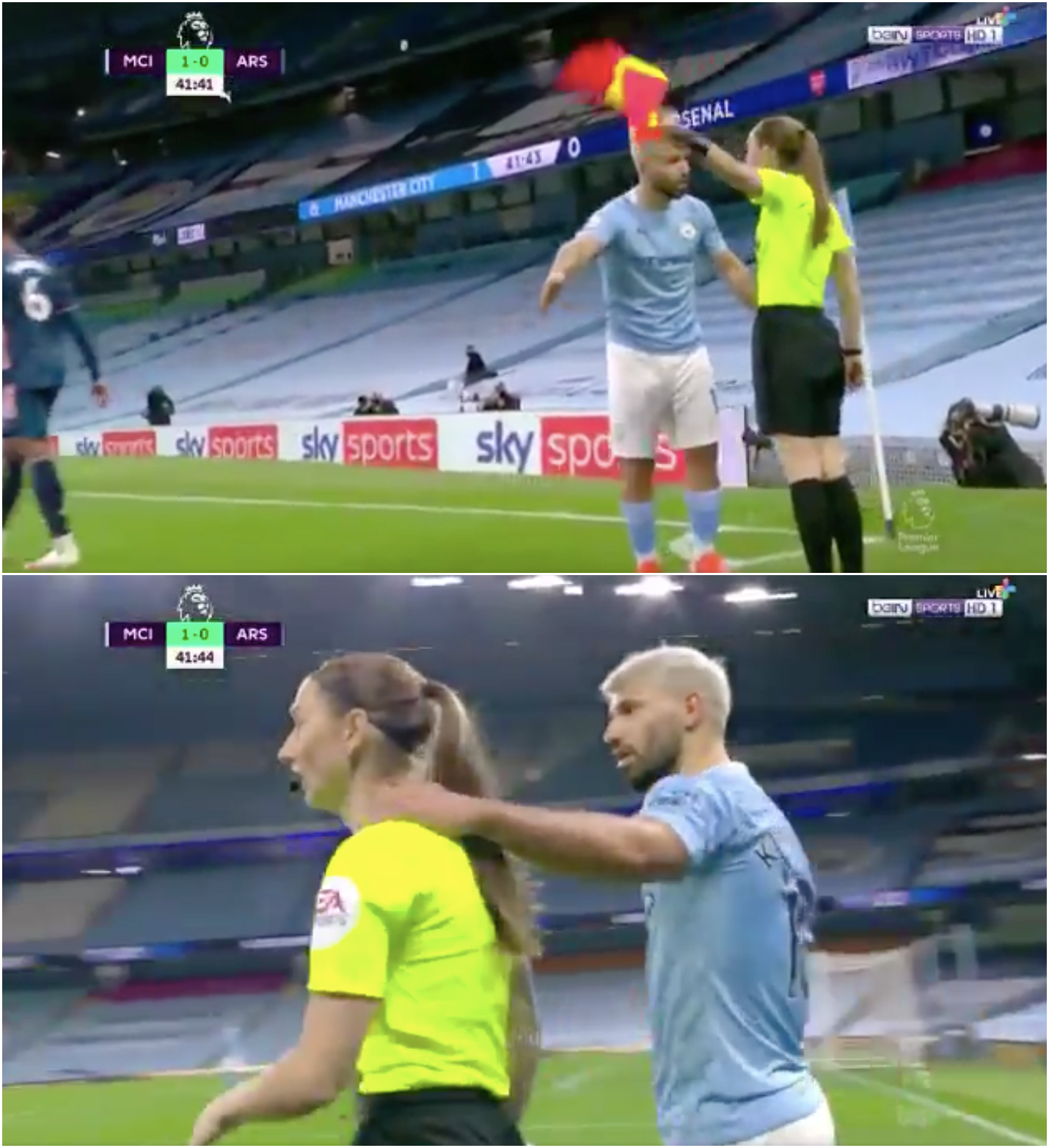 Massey-Ellis was not allowing such an over-stepping of the mark to stand and shrugged away Aguero's arm as the game continued. She opted not to bring the incident to the attention to match referee Chris Kavanagh.

Had Massey-Ellis done so, or had Kavanagh witnessed the incident, Aguero would have surely been cautioned for his actions. Any physical contact with match officials by a player should result in a yellow or red card, depending on its' severity.

Ahh that is really, really not ok. #MCIARShttps://t.co/OU75QEoLWN

City hot the front in the first half through a Raheem Sterling goal, with Bukayo Saka having Arsenal's best effort brilliantly saved by Ederson.

popular
"There were some tough battles but I was happy to test myself against the best"
QUIZ: Name the clubs to have lost in every Champions League final
Chris Barrett's tackle stats against Dublin are unprecedented
"The divil you know is better than the divil you don't" - Larkin stands by Cody
QUIZ: Can you name the Football Italia cult heroes? | Part 2
The SportsJOE 12 o'clock quiz | Day 285
Teammates XI Quiz: Liverpool – 2005 Champions League Final
You may also like
2 days ago
QUIZ: Name the Man United XI from the last time they led after 17 games
3 days ago
Harry Maguire furious as Robbie Brady avoids punishment for Cavani challenge
6 days ago
Four senior Man United players should be heading off before January ends
1 week ago
QUIZ: How many of the top 10 league champions can you name without making a mistake?
1 week ago
Liverpool fume over penalty appeals as Danny Ings haunts them
2 weeks ago
Leeds United's defence of Karen Carney tweet is ill-advised and short sighted
Next Page