The West Ham midfielder insists he is right where he wants to be, but many will breathe easier when he makes his competitive debut.

A Hammers midfielder from England with Irish grandparents, Josh Cullen will hopefully put the Declan Rice comparisons to bed sooner rather than later.

With Gibraltar in town ahead of the European Championships qualifier, on Monday, Ireland boss Mick McCarthy was asked if Cullen could possibly make his competitive debut. Should the teenager do so, there will be no turning back and no switching to declare for the country of his birth. 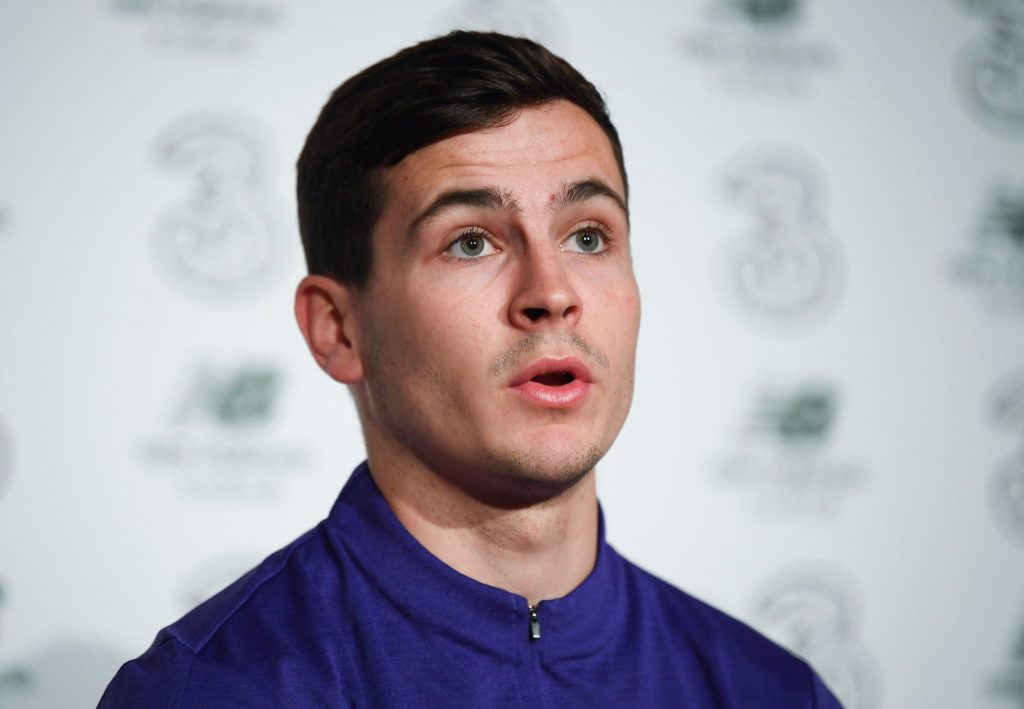 END_OF_DOCUMENT_TOKEN_TO_BE_REPLACED

The similarities with Rice are striking, eve if Cullen is three years older and of a more diminutive stature. Both are ball-playing midfielders and both have impressed for Irish underage sides. Cullen insists he is in it for the long haul.

At a press briefing at the FAI's Abbottstown headquarters, earlier this year, Cullen spoke about his decision to commit to the Irish cause. He said:

"As soon as I committed myself to Ireland, I was fully committed. This is what I've dreamt of, being part of the senior squad and I’m over the moon and really proud to be here."

Although he was in the squad for the Georgia and Gibraltar (away) games, he did not get onto the pitch for his first senior cap. He is expected to make the Ireland bench, at the very least, on Monday and captain Seamus Coleman is in no doubt of his abilities. Speaking at this morning's press conference, Coleman stated:

"He's very brave. He wants to get on the ball. He keeps the ball ticking over, he's winning the ball back and he's passing it forward. He's been very impressive... He's a very good player and when he goes back to West Ham, hopefully he can play there."

Cullen, who has captain Ireland U21s, spent most of last season out on loan with Lee Bowyer's Charlton Athletic in League One and scored once in 32 appearances.

McCarthy says Cullen has 'been excellent' and has 'made a real valid case to get a game'. He is up against the likes of Conor Hourihane, Jeff Hendrick and Glenn Whelan for a spot in the Irish midfield, McCarthy noted, but he is pressing his case.


popular
The most Stone Age tackle you've ever seen gets South African lock straight red card
Ryan Manning hacked to the ground by Henri Lansbury in ruthless assault
Galway fans' frosty reception for Davy Fitz doesn't make any sense
"Johnno went, 'We’re not moving! You're trying to mess us about!'" - Ben Kay recalls red carpet controversy
"Some of the generals wanted me executed" - Irish rugby legend on flag caper that went wrong
Neil McGee hasn't worked in eight weeks after back injury but still won't rule out championship return
Wallabies star bounces off Duane Vermeulen like a brick wall, gets yellow-carded
You may also like
1 week ago
Ireland's best XI under Stephen Kenny starting to take shape
1 week ago
Serbian media react to 'True Football Tragedy' and hail "amazing" Gavin Bazunu
1 week ago
Brian Kerr sticks the boot in while Liam Brady emerges as Stephen Kenny's biggest ally
1 week ago
"I was already taking my jersey off!" - Andrew Omobamidele's post-match interview was so pure
1 week ago
Gavin Bazunu, Andrew Omobamidele and a glimpse of better days ahead
1 week ago
Our full player ratings as Ireland's next generation star in Serbia draw
Next Page