Cazorla's contract is almost up at Al Sadd.

Santi Cazorla is set to make an emotional return to his boyhood club Real Oviedo when his contract at Al Sadd runs out.

AS have reported that the 38-year-old - who has been playing in Qatar since 2020 - is set to return to the club he started his career at.

Cazorla played for Oviedo before moving to Villarreal in what was the first of three separate spells with the 'Yellow Submarine'.

END_OF_DOCUMENT_TOKEN_TO_BE_REPLACED

The former Arsenal and Spain midfielder's contract at Al Sadd expires in June and reports in Spain say that there has been continuous contact between the 38-year-old and Oviedo over making a return.

It would be a fairytale end to a less-than-simple career for Cazorla who was told at one stage he may never be able to walk again after suffering an achilles tendon injury.

He still has a good relationship with the club's owner, Arturo Elias, and has aspirations to play for the first team having only ever featured at youth level. 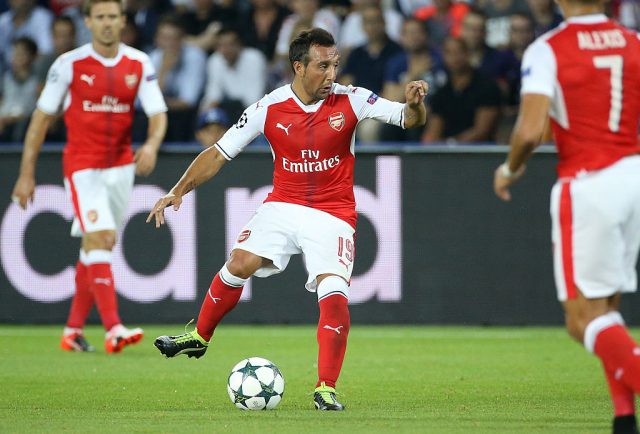 END_OF_DOCUMENT_TOKEN_TO_BE_REPLACED

Last summer Federico Gonzalez, the club's main shareholder, revealed that the club were keen on signing Cazorla and fellow academy graduate Juan Mata and that they had spoken to both.

Mata and Cazorla also both have shares in Oviedo.

Oviedo currently play in the Spanish Second Division and any move would require Cazorla to take a significant pay cut in order for them to afford him.