Sadio Mane gives biggest hint yet that he will leave Liverpool

Mane has been linked with a move away from the club

Sadio Mane has given the biggest indication yet that he will leave Liverpool in the summer following their Champions League final defeat to Real Madrid. 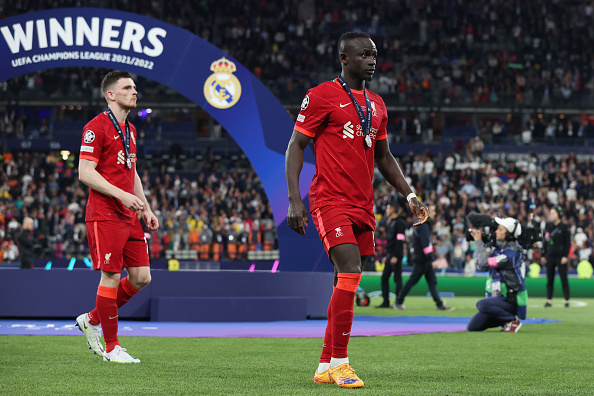 Bayern Munich has been touted as a possible destination for Mane

END_OF_DOCUMENT_TOKEN_TO_BE_REPLACED

The build-up to the game focused on the future of Mane and what his plans are ahead for next season. The Senegal international is out of contract next summer and has been linked with a move to Bayern Munich.

Although the 30-year-old remained coy on where he will play next season Mane said he would reveal his plans after the Champions League final.

END_OF_DOCUMENT_TOKEN_TO_BE_REPLACED

But while he hasn't officially confirmed that he will be leaving Anfield for a new challenge, the forward has given a major hint that he may be preparing to move on.

In his post-match interview, Mane thanked his manager Jurgen Klopp, and his teammates, for all of their support and wished them the best for the future.

END_OF_DOCUMENT_TOKEN_TO_BE_REPLACED

He said: "I think it’s a tricky one the game tonight, we are disappointed - the fans have been amazing, I want to thank them for everything and the boss, I wish this team all the success in the world."

The news has left many fans of the Merseyside club concerned that Saturday's loss in France would be the final time they will see Mane in a Liverpool shirt.

That's a goodbye then.