Russia can play as 'RFU' team without the country's flag or anthem.

Fifa has ordered Russia to complete their upcoming games without their anthem, flag and as the Football Union of Russia in neutral territory.

It comes after Russian President Vladimir Putin ordered his military forces to invade Ukraine on Thursday on multiple fronts, with tanks moving across the border and 'hundreds' of Ukrainian troops reportedly dead.

A number of nations have announced that they will refuse to play against Russia following the invasion, including England, Poland, the Czech Republic and Sweden. 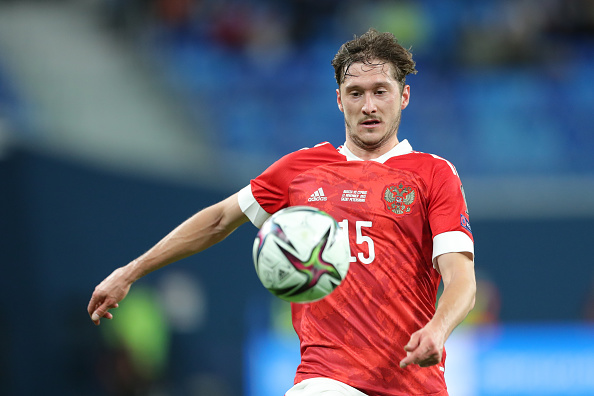 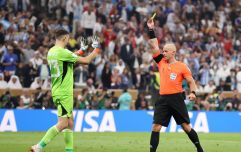 IFAB set to introduce new penalty rule from next season

END_OF_DOCUMENT_TOKEN_TO_BE_REPLACED

Russia are set to face Poland then either the Czech Republic or Sweden if they win in the World Cup 2022 playoffs, which are scheduled to be played in March.

However, Fifa has since announced that Russia can play as 'RFU' team without the country's flag or anthem, and that the nation could still be banned from World Cup qualifying.

BREAKING: FIFA says Russia can play as 'RFU' team without the country's flag or anthem but could still be banned from World Cup qualifying

Fifa released a statement on Sunday, which read: "First and foremost, FIFA would like to reiterate its condemnation of the use of force by Russia in its invasion of Ukraine. Violence is never a solution and FIFA expresses its deepest solidarity to all people affected by what is happening in Ukraine. 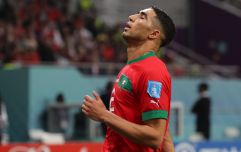 END_OF_DOCUMENT_TOKEN_TO_BE_REPLACED

"FIFA calls again for the urgent restoration of peace and for constructive dialogue to commence immediately. FIFA remains in close contact with the Ukrainian Association of Football and members of the Ukrainian football community who have been requesting support to leave the country for as long as the current conflict persists.

"To address football-related matters and in coordination with UEFA, the Bureau of the FIFA Council - involving the FIFA President and the six Confederation Presidents - has unanimously decided to take immediate first measures, in line with recommendations from the International Olympic Committee (IOC) and that will be applicable until further notice: 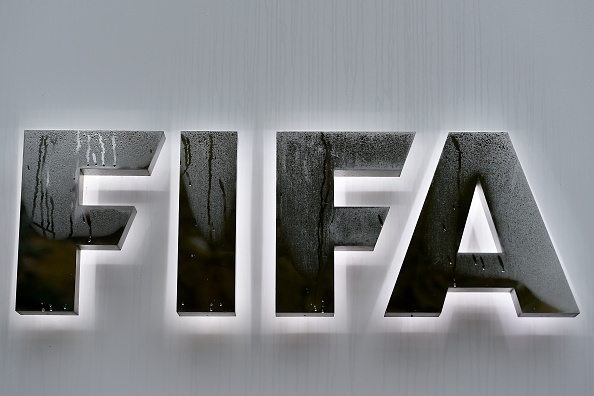 • No international competition shall be played on the territory of Russia, with “home” matches being played on neutral territory and without spectators

• No flag or anthem of Russia will be used in matches where teams from the Football Union of Russia participate FIFA will continue its ongoing dialogue with the IOC, UEFA and other sport organisations to determine any additional measures or sanctions, including a potential exclusion from competitions, that shall be applied in the near future should the situation not be improving rapidly.

"The Bureau of the FIFA Council remains on standby to take any of these decisions. Importantly, FIFA strongly believes that the sport movement should be united in its decisions on this topic and that sport should continue being a vector of peace and hope.

"FIFA will remain in close contact to seek to find appropriate and acceptable solutions together. FIFA’s thoughts remain with everybody affected by this shocking and worrying situation."

Today’s FIFA decision is totally unacceptable. We are not interested in participating in this game of appearances. Our stance remains intact: Polish National Team will NOT PLAY with Russia, no matter what the name of the team is.

Sweden confirming that, even after FIFA’s latest decision, they will at this time not change their position on refusing to play against Russia.

The Polish football association were quick to respond to the statement, reiterating that Poland would not be competing against Russia - regardless of the name they play under.

"We are not interested in participating in this game of appearances. Our stance remains intact: Polish National Team will not play with Russia, no matter what the name of the team is."

Fifa stated that talks with other sporting organisations over whether Russia should be expelled from competitions will also take place.

Earlier on Sunday, the English FA confirmed that England will not play any international matches against Russia at any level following the invasion of Ukraine.

The FA said they "wholeheartedly condemn the atrocities being committed by the Russian leadership".

💬 This follows FIFA's statement about the name change pic.twitter.com/Utvi5CuoM8

You may also like
2 months ago
Bruno Fernandes and Ruben Neves speak about World Cup pitch invader
2 months ago
Denmark consider leaving FIFA with other UEFA nations
2 months ago
"Do it! Do it!" - Roy Keane says Germany gesture "a start" but wants more protests
2 months ago
Ian Wright, Karen Carney and Roy Keane tear strips off FIFA with powerful protest comments
2 months ago
German FA considering legal action against FIFA over OneLove armband
2 months ago
Belgium banned from wearing second shirt by FIFA for new reason
Next Page