"You're not in this job to be liked!"

Roy Keane has came out in defence of Mikel Arteta's passionate outbursts on the touchline during Arsenal's victory over Manchester United on Sunday.

The Spaniard is very spirited on the sideline and has been involved with altercations with opposition mangers in the past, most notably Liverpool's Jurgen Klopp.

Arsenal scored right at the death to beat their rivals 3-2, and keep their place at top of the table, and are in the best position to win Premier League title in over a decade. 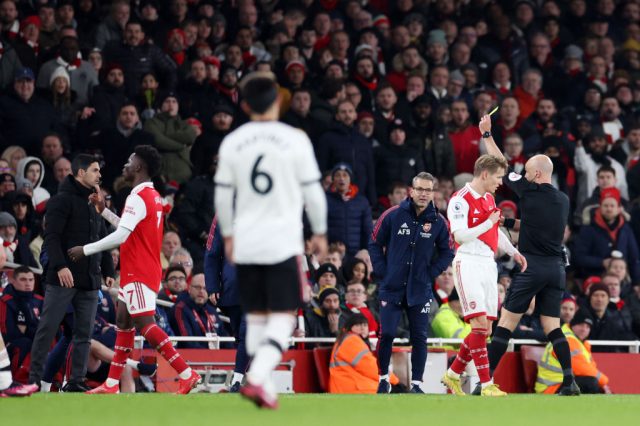 However, during one of his passionate outbursts, Arteta received a yellow card for his touchline behaviour.

Speaking on Sky Sports after the game, Keane was quick to defend the former Arsenal and Everton player.

"From the Arsenal point of view I think they'd be OK with it, because he's obviously passionate and you're not in this job to be liked! 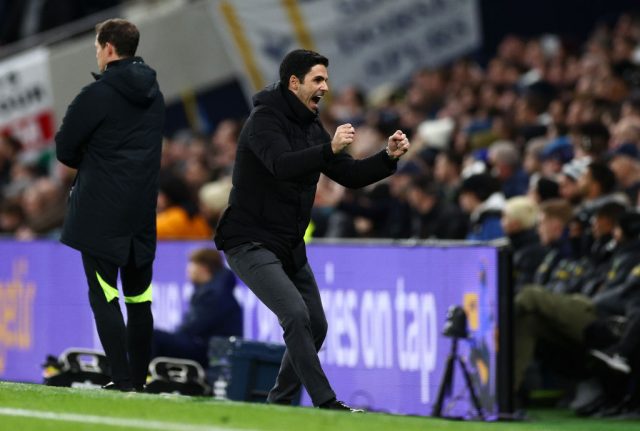 "He's there to win football matches for Arsenal and that's what he's doing.

"Listen, he's got the yellow card, he has to take his medicine, but I generally have no problem with it.

"We see other managers doing stuff that we might not always agree with but they're emotional, they're passionate and I think that's just because he wants to win. I wouldn't be too harsh on him. 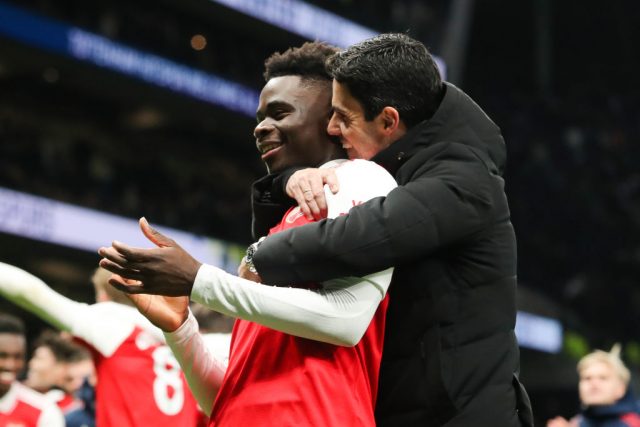 END_OF_DOCUMENT_TOKEN_TO_BE_REPLACED

"They are in a great place. There is a nastiness to them and they know what they need to do on the football pitch.

"It will take a lot to stop them. It was a pressure game [on Sunday] and they dealt with that well. They are in with a great chance of winning the league."


popular
Ireland vs Wales: All the big talking points, moments and player ratings
Conor McGregor offers solution to Croke Park fiasco that should suit all parties
Conor McGregor hit by car ‘at full speed’ while cycling
Everton release brutal 59-word statement to confirm Anthony Gordon departure
Ireland team to play Wales: Andy Farrell's XV, the big calls and bold cuts
Allianz National League Round 2: All the action and talking points
Owen Farrell praises Johnny Sexton in revealing interview ahead of Six Nations
You may also like
1 day ago
Roy Keane reminds everyone of his feelings towards Newcastle United ahead of cup final against Man United
2 days ago
Even Roy Keane felt Michael Dawson went too far with his remark to Tom Heaton
2 days ago
Roy Keane says Man United's improvement is down to "energy sappers" leaving
2 days ago
Jaden Sancho can't hide his smile as Old Trafford give heartwarming reception
3 days ago
The four players offered to Man United before they decided on Marcel Sabitzer
3 days ago
Harry Maguire rejects offer from Inter Milan to fight for Man United place
Next Page