"I think if I was Ronaldo, I'd certainly be going after him in the dressing room."

Joao Felix is quite good at football.

Still only 21, he's just won the league in Spain with Atletico Madrid, having arrived there for an eye-wateringly high transfer fee the summer before last. He's been a Portugal international for a couple of years now and there's still great hope in his homeland that his talent will help fill the void left by Cristiano Ronaldo when his powers eventually wane. 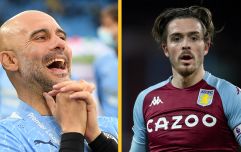 END_OF_DOCUMENT_TOKEN_TO_BE_REPLACED

None of this, though, counts for anything to Mr. Roy Maurice Keane.

On punditry duty for ITV as Felix and his Portugal teammates were edged out of Euro 2020 by Belgium on Sunday night, Keane was far from impressed by the youngster's cameo as a second half substitute.

He was exasperated by Felix and Bruno Fernandes blazing over the bar with their efforts. "Those two guys annoyed the hell out of me," he declared. 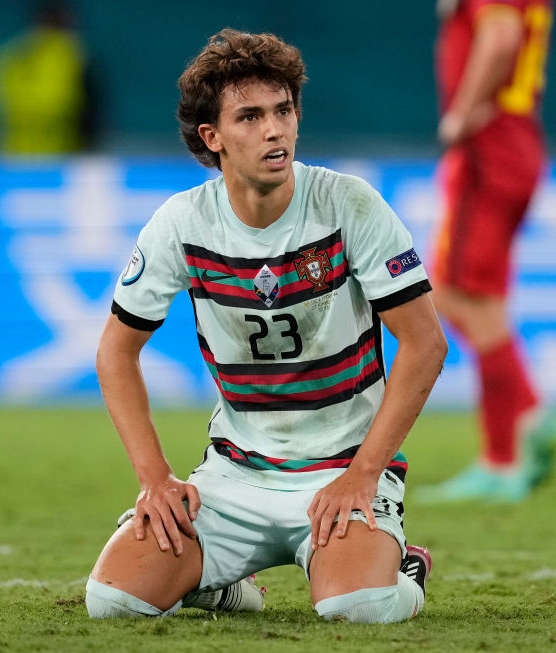 Criticising Portugal's wastefulness in front of goal shortly after the full-time whistle had sounded in Seville, Keane was shown a replay of a chance Felix had pulled wide of goal in the dying seconds of the game.

The former Manchester United skipper was as open and as honest as ever.

"£100m? I think if I was Ronaldo, I'd certainly be going after him in the dressing room."

Of course, this is not the first time Keane has suggested street justice in the dressing rooms. Early last season, when discussing a David De Gea howler against Everton, he proclaimed, "I am sick to death of this goalkeeper.

"I would be finding him [De Gea] at half-time, there is no getting away from that. I would be swinging punches at that guy. That is a standard save for an established international goalkeeper." 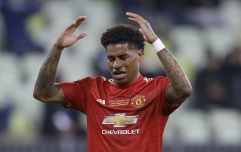 END_OF_DOCUMENT_TOKEN_TO_BE_REPLACED

The only goal of the game came shortly before the half time interval, when Thorgan Hazard's swerving shot from outside the are deceived Rui Patricio in the Portugal goal.

Belgium's progress may have come at a cost, however, with Kevin De Bruyne forced to withdraw from the game early in the second half. They will now face Italy in the quarter final.


popular
Brendan Ó Dufaigh gives a powerful interview on an emotional night in Ulster
Jamaica teammates are as frosty after Thompson-Herah's history-making 100m win
Full player ratings as South Africa leave Lions battered, bruised and beaten
Paul O'Donovan busts the cliches and leaves the mystery behind him in one more emphatic interview
Cheslin Kolbe somehow avoids red card after leaving Conor Murray in awful heap
Warren Gatland gives his take on that dangerous challenge on Conor Murray
McIlroy and Lowry right in the mix for Olympic gold in Tokyo
You may also like
2 days ago
Wayne Rooney apologises to family and Derby over leaked online images
3 days ago
Pep Guardiola has 'special plan for Jack Grealish' in new-look Man City
4 days ago
QUIZ: Can you name these 5 players from their career paths?
6 days ago
Tomás Ó Sé had plenty to say on Dessie Dolan's brave Fitzgerald Stadium footwear
1 week ago
Marcus Rashford approves Man Utd bio change as Sancho arrives
1 week ago
Paul Pogba might leave Man Utd. No, *really* this time
Next Page