De Gea had another fine game but United's defence was ropey, once again.

Roy Keane has seen far too much of Manchester United, of late, to know a 1-0 lead is not worth much. His half-time words, on Sky, proved prophetic.

Keane, to put it lightly, has not always been convinced by David De Gea.

END_OF_DOCUMENT_TOKEN_TO_BE_REPLACED

The Cork native has followed Manchester United's fortunes closely since he departed the club in 2005. United have struggled to follow up the Alex Ferguson dynasty with lasting title-challenging form, so much so that De Gea and defender Phil Jones are the last two senior players left to have won a league winners' medal with United.

De Gea was United's best player for the first four or five years after Ferguson retired but, following a tough World Cup campaign in 2018, the goalkeeper's stock has dropped. He had a real battle for a starting spot with Dean Henderson, last season, but has nailed down the No.1 spot after a string of good performances, this season, behind a shaky defence [he leads the way on league saves, with 72].

Keane has been critical of the Spain international in recent years and, infamously, once declared he would be 'swinging punches' in his direction if he was still a United player, after he conceded a horror goal against Everton. Indeed, back in July 2020, Keane declared:

On Saturday, as De Gea pulled off a number of fine saves against Aston Villa, Keane was asked for his thoughts on the goalkeeper, and drew some chuckles with his response. 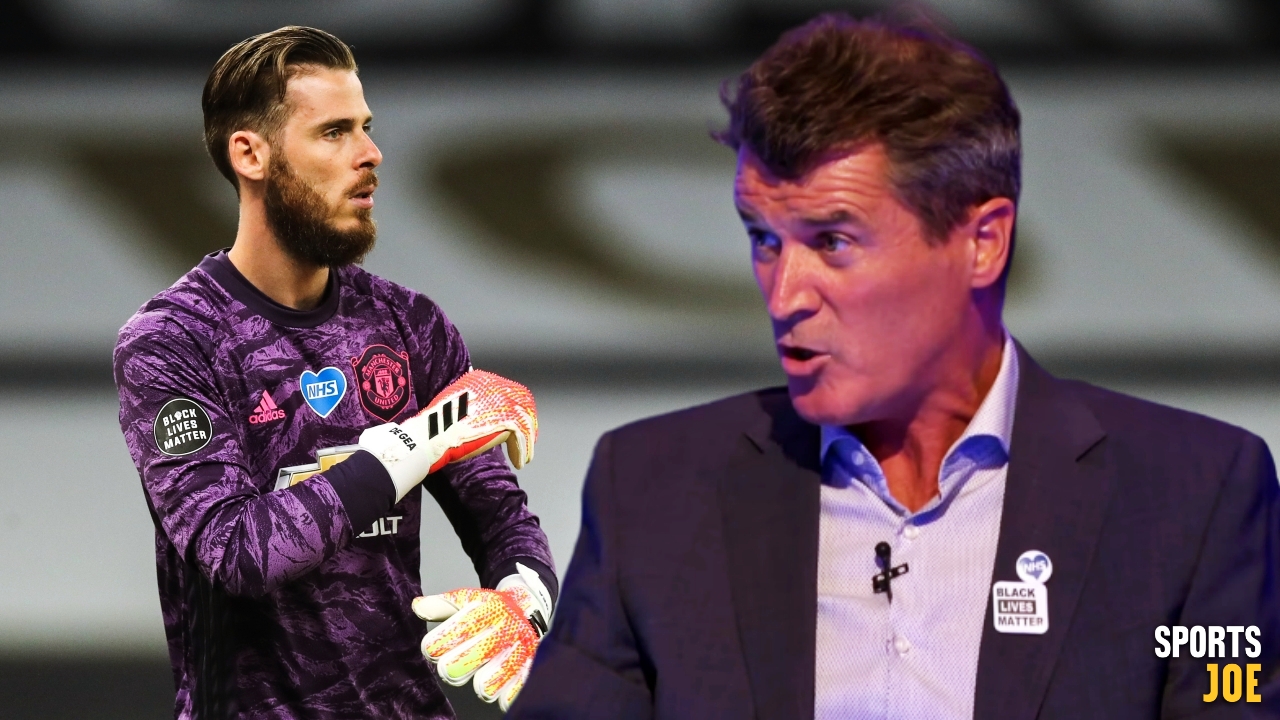 Manchester United went into the half-time break 1-0 up after Bruno Fernandes' long-range strike, early in the game.

The strike was speculative, and Villa goalkeeper Emi Martinez would not be keen on seeing replays, after he spilled the shot under his legs and over the line.

"Fernandes doesn't strike it that cleanly," Roy Keane remarked, "but Edinson Cavani is being a nuisance. He's getting himself in there.

"The goalkeeper does complain about offside but [Cavani] is onside. a huge mistake from a very, very good goalkeeper. These things happen."

Keane certainly did seem quick to give the benefit of the doubt to the Argentinean. It is in marked contrast to the tough time he has given De Gea in recent seasons, but the former Manchester United captain could feel Martinez has some credit in the bank.

As for De Gea, the Spaniard made two fine first half stops from Emi Buendia's header and Lucas Digne's side-footed strike. Asked for his take on the United goalkeeper's contribution, Keane commented:

"He's allowed back on the [team] bus, somewhere, if this carries on.

The final sentence, about giving him credit, was delivered with a sly grin. The answer, and that facial expression, got a nice laugh from fellow pundit Jamie Redknapp and Sky Sports host Dave Jones.

Before the second half began, Keane warned a one-goal United lead was not likely to be enough for the visitors to win.

"I don't think one goal will be enough tonight... "

How right he was. 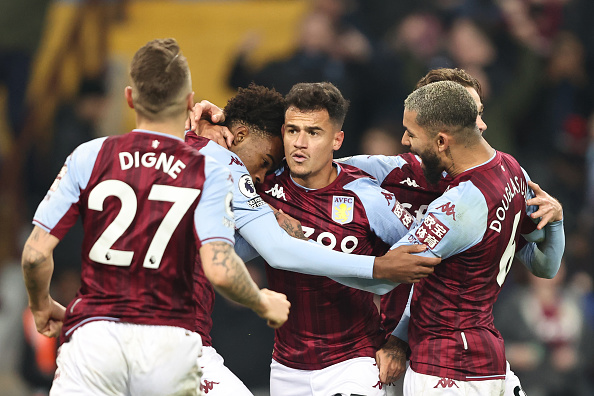 The second half saw De Gea deny another Buendia strike and get down with an out-stretched right arm to superbly repel a low Jacob Ramsey drive.

After Fernandes buried home a second goal, Steven Gerrard brought on Philippe Coutinho to add some spark to the Villa attack. He was involved in a promising move, with 20 minutes to go, but it was a sliding Nemanja Matic that forced De Gea into his next save. He was alert to prevent a potential own goal with his right boot.

With 14 minutes to go, De Gea was finally beaten after a surging Tyrone Mings drew in bodies and the ball fell to Ramsey, who drilled up and over the United keeper from 12 yards out.

Villa were not done yet. They raided United down the left wing again and Buendia got in a first-time cross to the back post that Coutinho slammed home from close range.

Once again it was David De Gea keeping Manchester United in a game while so many of his teammates tried their best to toss it all away. Late in the piece, he denied Coutinho when the Brazilian chanced his arm from outside the box.

Credit for the goalkeeper, and not much else.


popular
Ireland team to play Wales: Andy Farrell's XV, the big calls and bold cuts
Everton release brutal 59-word statement to confirm Anthony Gordon departure
Five confirmed changes and guidelines to have big impact on 2023 Six Nations
Chelsea fire back and clear up why Hakim Ziyech's PSG move collapsed
"Every team did it!" - Paul O'Connell on Roy Keane comment to Ronan O'Gara that he couldn't deny
Owen Farrell praises Johnny Sexton in revealing interview ahead of Six Nations
"It's crazy to think Bundee Aki might come straight in and start against Wales"
You may also like
2 days ago
Man United reportedly receive late bid for Harry Maguire from Inter Milan
4 days ago
Roy Keane flatly rejects longstanding perception of ex-Man United midfielder Paul Ince
6 days ago
Roy Keane on Man United's two most improved players since Ronaldo left
6 days ago
Roy Keane on how Lisandro Martinez is a step above 'modern defenders'
1 week ago
Troy Deeney says Harry Maguire's agent contacted him after comments about the player
1 week ago
Cristiano Ronaldo told Jorge Mendes they were 'done' if he failed to find big transfer
Next Page