This storm isn't going to pass harmlessly by.

Already in the early afternoon of Monday, Hurricane Ophelia had taken a life in Waterford with a tragic incident of a fallen tree landing on top of a woman's car.

With the coastal areas copping the brunt of the storm in the morning, the people of Cork were feeling its full force and the stadium at Turner's Cross was really fighting the good fight against the gales.

Cork City Football Club's part-owner Mick Ring posted footage of one of the stadium's roofs being lifted aggressively by gusts of wind.

Roof on the Derrynane Road Stand in Turners Cross is undet a bit of pressure #Ophelia pic.twitter.com/HZtoUwmPoN

The roof can be seen being pulled up and bouncing as Ophelia blows through the city. 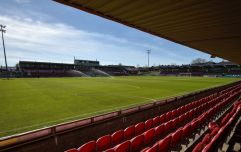 END_OF_DOCUMENT_TOKEN_TO_BE_REPLACED

Cork were due to play Derry City on Monday night with one single point required to win the League of Ireland but the game has now been refixed for Tuesday evening due to the severe weather conditions.

The game is still set to go ahead on October 17 but the stadium isn't looking in great shape thanks to the storm. Niall Kelleher sent in this frightening image of the roof now. 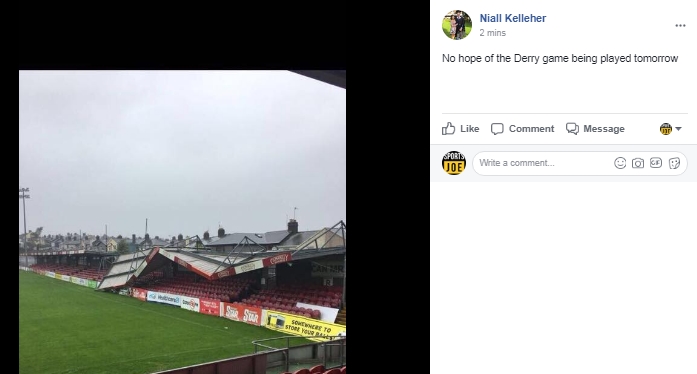 This club ready to celebrate its glorious return from the brink of extinction now must rebuild physically once more. 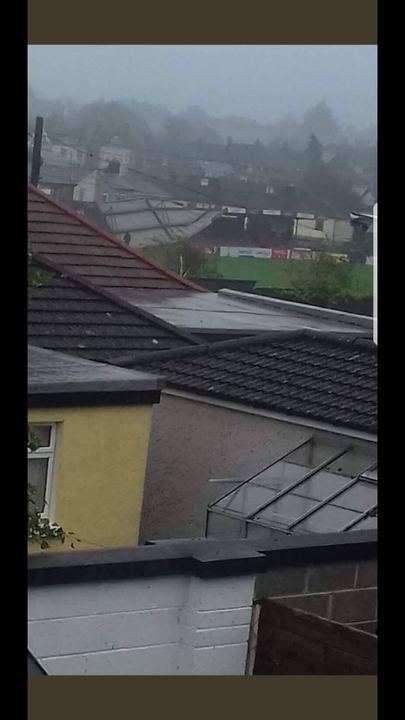 popular
You'll have to be a diehard fan to get 20/20 in this Liverpool players of the 90s quiz
Wayne Rooney story about Memphis Depay shows why he failed at Manchester United
The SportsJOE 12 o'clock quiz | Day 288
QUIZ: You have 30 seconds to answer this one tricky football question
Lady Gaga will perform Satanic ritual during Super Bowl halftime show, according to conspiracy theorist
QUIZ: Can you name the Scottish football cult heroes?
SportsJOE 2000s Football Quiz | Round 11
You may also like
3 years ago
League of Ireland's best player scored a hat trick and everyone is demanding an Ireland call up
3 years ago
WATCH: Security intervene as Cork City boss John Caulfield loses his temper on the sideline
5 days ago
Spartak Moscow troll Celtic over controversial trip to Dubai
5 days ago
Mark Clattenburg accuses Jurgen Klopp of hypocrisy over penalty claims
5 days ago
Alan Shearer: Supporting Newcastle hurts the eyes, heart and soul
6 days ago
Paul Pogba's reward for Burnley bullet by may be seat on Anfield bench
Next Page