Why did Ronaldo leave Barcelona after one brilliant season?

Ronaldo Luís Nazário de Lima arrived in Europe from Brazil in 1994, joining Eredivisie side PSV Eindhoven from Cruzeiro. He scored almost a goal a game at PSV, and was awarded the 1996 FIFA World Player of the Year award at 20 years old, becoming the youngest player to win the award.

He joined Barcelona after two years at PSV and would once again break records, becoming the youngest winner of the Ballon d'Or in 1997. An absolute phenomenon at Camp Nou, Ronaldo would once again score at an astonishing rate. 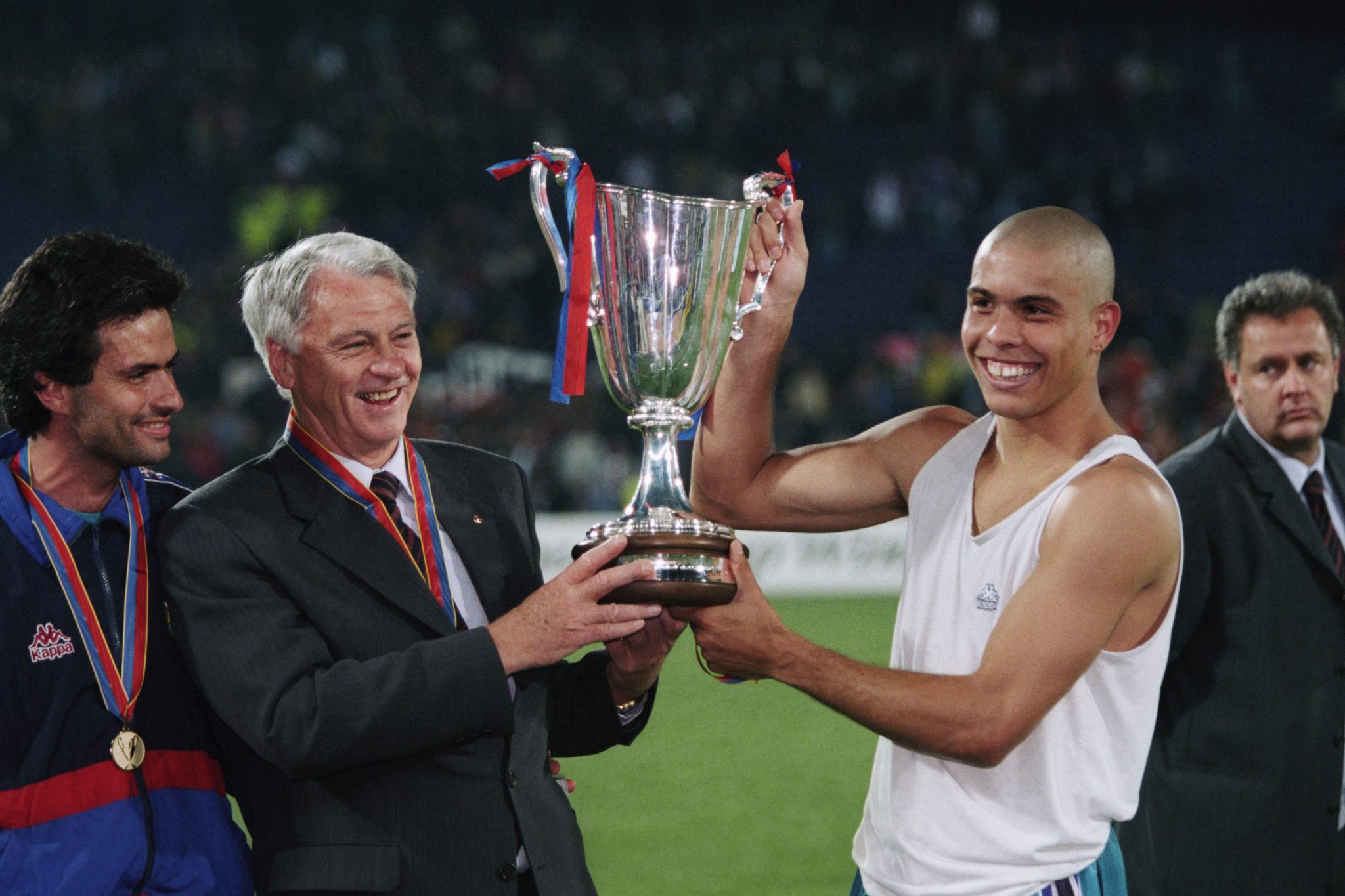 END_OF_DOCUMENT_TOKEN_TO_BE_REPLACED

He finished the 1996/97 season with 47 goals in 49 appearances, but as quickly as he had arrived, he was gone. Despite his brilliance, the Catalans would miss out on the league title, largely in part to his absence.

This is the story of Ronaldo's single, almost perfect season at Barcelona, and why it ended so abruptly.

But why did Ronaldo leave Barcelona after one brilliant season? pic.twitter.com/b7hZxRLWSg


popular
Kilmacud Crokes to counter Glen's objection over extra players in All-Ireland final
"He's a serious specimen, 6 ft 3 as well, so he's an incredible athlete" - Geaney hails O'Connor's impact
January transfer window 2023: Follow the latest updates live in our hub
"It's very clear how I felt about it. I had a very definite view on it" - McEntee on Dunboyne's 2005 semi-final saga
"He didn't give me that jersey back!" - Johnny Sexton on new rival Jack Crowley
Roy Keane on Man United's two most improved players since Ronaldo left
Roy Keane's threat to Cesc Fabregas about 'pizza incident' has panel in stitches
You may also like
1 day ago
Everton's move for new manager could have a positive knock-on for Irish football
1 day ago
"Baffling" - Referee sends off wrong Bolton player after low-blow punch
3 days ago
Kylian Mbappé recreates Emiliano Martínez's crude World Cup celebration
3 days ago
Chelsea's spending spree set to continue with bid for French full back
3 days ago
Erik ten Hag criticises Man United players after late defeat
4 days ago
Steven Gerrard makes bold claim about Mykhailo Mudryk as Chelsea debutante shines
Next Page