Liverpool supporters can breathe a sigh of relief because it looks like Roberto Firmino may be just fine for Tuesday's clash with Paris Saint-Germain.

Firmino was suddenly deemed a doubt for Liverpool's Champions League group opener after being forced out of Saturday's victory over Spurs with an eye injury.

The Brazilian forward, who ended up scoring the deciding goal from a yard out, told the club's medical staff that he could not go on after being poked in the eye by Spurs defender Jan Verthongen in the 74th minute.

Firmino was replaced by Jordan Henderson and the image of the incident which did the rounds on social media afterwards shows just how gruesome the poke was.

Michael Oliver gave this as a foul against Firmino #TOTLIV #LFC pic.twitter.com/GsFi77rqaU

Firmino was transported to Moorfields Eye Hospital to be assessed and manager Jurgen Klopp admitted after the game that he didn't know the severity of his forward's injury.

"We have, I’m not sure, but maybe an injury with Roberto. We don’t know exactly in the moment. It was something with his eye," Klopp said in his post-match press conference.

"We will see, and then we play Paris Saint-Germain—they won yesterday without Neymar and Mbappe, so they can obviously rest players in the league. 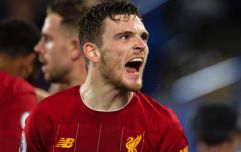 END_OF_DOCUMENT_TOKEN_TO_BE_REPLACED

"It was a free-kick for Tottenham, right? How funny.

"I didn’t see it back, I didn’t see anything back from the game. I only saw the situation from 60 yards away.

"I have no clue what exactly happened, but it’s something with the eye and for sure at the moment it’s not comfortable for him, so we will see."

Thankfully, Firmino had some good news for fans after being released from hospital with the diagnosis being an abrasion of the left eye.

It was just a scare, my eye is ok and so am I. Thank you for all the support and see you soon 😜 #YNWA Foi só um susto, meu olho está bem e eu também! Obrigado por todo o apoio e a gente se vê logo 💪🏼

While Firmino's update was a positive one, the club has reminded supporters that it has yet to be decided whether to clear the forward for Tuesday's game.

"The issue will be monitored and treated by Liverpool’s medical staff at Melwood before any decision is made on whether Firmino will be able to figure in Tuesday evening’s Champions League encounter with Paris Saint-Germain at Anfield. At this stage, the No.9 has not been ruled out."

popular
Portumna prodigy streaks to eight shot Irish Boys win with bogey free round
"No doubt he'll say he played shit like he normally does, but I thought it was a good game."
The SportsJOE 12 o'clock quiz | Day 144
The SportsJOE 12 o'clock quiz | Day 143
SportsJOE 2000s Football Quiz | Round 12
Three teams Leinster can pit against each other to prepare for Munster
Only a Champions League fanatic would get full marks in this quiz
You may also like
2 days ago
QUIZ: Can you name every Irish goalscorer from the 2019/20 Premier League?
4 days ago
Leicester interested in Barcelona youngster with €500 million buy-out clause
5 days ago
Premier League referees to use pitch-side monitor for VAR next season
1 week ago
QUIZ: Name the 25 clubs relegated from the Premier League more than once
2 weeks ago
Best players since Premier League restart won't feature in PFA awards
2 weeks ago
QUIZ: Name every player to win PFA and FWA Player of the Year awards in the same year
Next Page