He scored against a lot of countries during his international career.

Can you name every country Robbie Keane scored against? In 146 appearances for the Republic of Ireland, Keane scored an incredible 68 goals.

He remains Ireland's record goalscorer and no-one has played as many times for the country. His records will never be broken.

In the history of European football, only Cristiano Ronaldo, Ferenc Puskas and Miroslav Klose scored more goals than Keane. 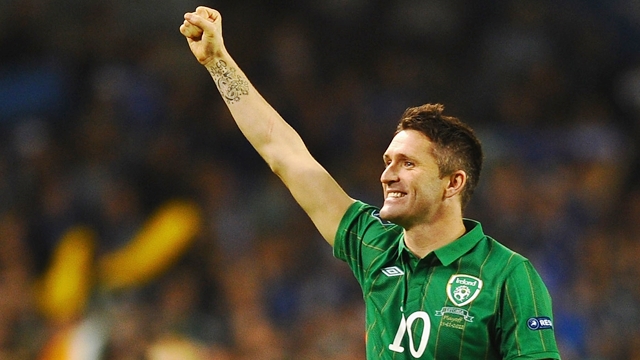 QUIZ: You have three minutes to name every club Robbie Keane has played for

This is very tricky

Can you name every country Keane scored against for Ireland?

The former Tottenham and Liverpool forward scored against 37 nations during his career, and you have 10 minutes to name them all.

Some are easier than others to remember. One country no-longer exists. Good luck and let us know how you do.

(If the quiz does not display below, just click here).


popular
The SportsJOE 12 o'clock quiz | Day 103
James Haskell on text exchange with Peter O'Mahony after Ireland's victory over Scotland
SportsJOE 2000s Football Quiz | Round 8
"The academy boys have turned into small monsters over the past few weeks" - Peter O'Mahony
"I have more work done than any player in Ireland" - The Trevor Giles tribute show
The SportsJOE 12 o'clock quiz | Day 102
Can you name the first clubs these players went to after leaving Liverpool?
You may also like
2 weeks ago
QUIZ: How well do you remember Euro 2016?
1 month ago
You'll be hard pushed to get full marks in this Serie A quiz
1 month ago
QUIZ: Guess the footballer from their Wikipedia page | Irish edition
1 month ago
"I think he kissed the jersey" - Mick McCarthy opens up on Declan Rice
1 month ago
You'll need all your powers to get 20/20 in this 1990s Irish footballers quiz
2 months ago
Can you name Ireland's top Premier League scorers without making a mistake?
Next Page