The Republic of Ireland international did not back down for a second.

Robbie Brady and David Luiz got right into it at Stamford Bridge but, luckily for them both, their teammates and the referee got involved.

Chelsea were expected to see off Sean Dyche's Burnley side with relative ease as the Premier League returned with bangs all over the country. Many have offered up their thoughts and predictions on 2017/18 but no-one foresaw Burnley being 3-0 up on the reigning champions after 45 minutes.

6% of the away goals Burnley have ever scored in the PL came in the first half at Chelsea today.

Ireland defender Stephen Ward got in on the scoring act as he walloped home the Clarets' second goal [below] but Brady came to the attention of the Chelsea crowd after the break.

Mother of the sweet, divine Lord, this was sensational! https://t.co/HIMXAvWqIo

Brady and Luiz clashed on 47 minutes after Burnley striker Sam Vokes gave away a free in the Chelsea box. The Brazilian took exception to Vokes' physicality but the Dubliner was at hand to put him right. 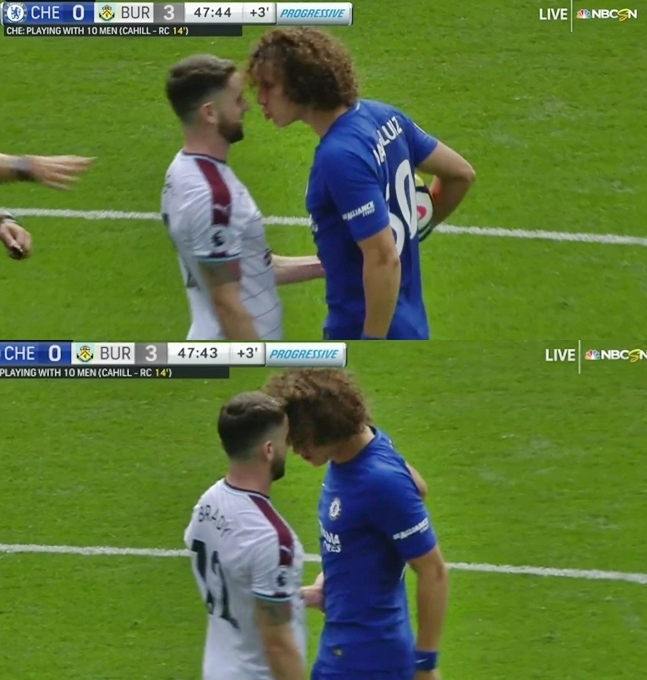 Brady did not flinch as the taller Luiz stepped to him and he more than stood his ground. In fact, he seemed to find the whole affair amusing and shared a few words with the defender.

Luiz lucky he squared up to Robbie Brady there. Other players would have gone down in a heap. Would have forced a decision from the ref.

Willian interjected on Luiz' behalf while Jeff Hendrick stepped in to push the Chelsea man back. 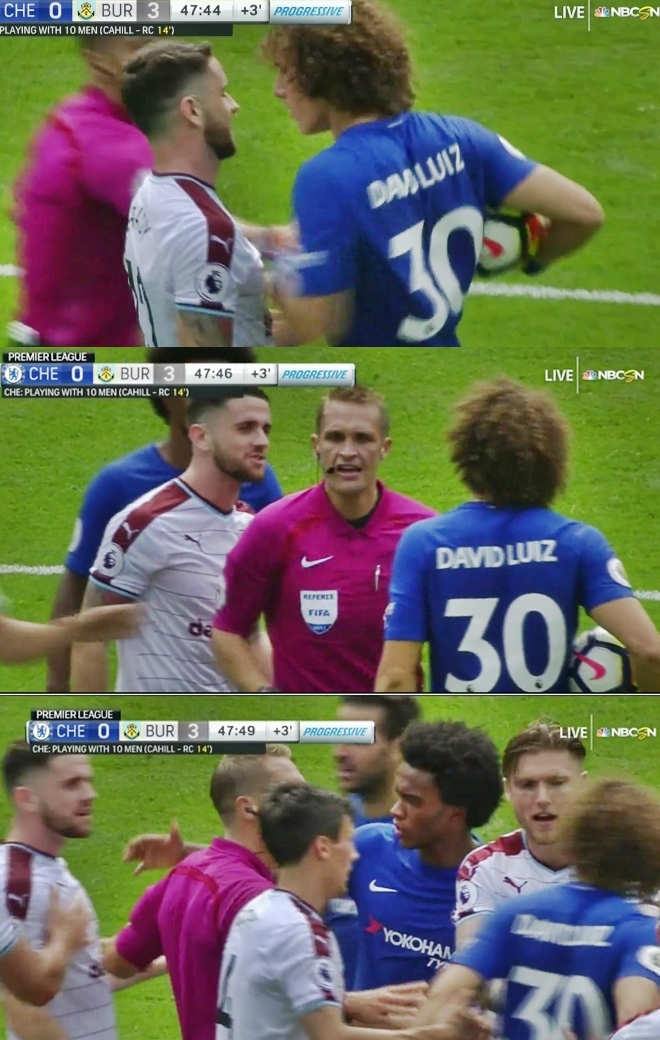 No action was taken but Brady was yellow-carded for a tackle on Willian about 10 minutes later.

Luiz found the net to make it 3-2 as Chelsea staged a late comeback while the Burnley man could have sealed it but cracked a drive off the Blues' crossbar.

Dyche's men held out, though, as Chelsea lost on the opening day for the first time in 19 years.


popular
Bill Shankly’s grandson asks for statue to be removed from Anfield
'War-scene' in Tyrone dressing room before 2005 final sums up an iconic team
Solskjaer chats with protesting United fans who broke into club's training ground
The SportsJOE 12 o'clock quiz | Day 336
We knew Sean O'Brien wouldn't let us down with his Lions XV
Keith Earls backed for Lions XV by one of the best in the game
Springboks legend Tendai Mtawawira tells us what he really thinks of Ellis Genge
You may also like
2 days ago
Super League: What are they proposing and why are people so angry?
2 days ago
Super League: Ensuring failure isn't an option for the cowardly cabal
2 weeks ago
Only a devoted diehard would ever get full marks in our Liverpool quiz
3 weeks ago
You'll need to be on top form to get 20/20 in this 2000s footballers quiz
1 month ago
"Is that the hardest team ever assembled in the Premier League?"
1 month ago
Man United appoint first Football Director and confirm Darren Fletcher role
Next Page