They say a rising tide lifts all boats but sometimes you have to wonder if every boat wants lifted.

I was one of the 30,000 that got pulled in by the bright lights of the Aviva and the promise of Champions League music as Legia Warsaw came to town to face off with Dundalk.

I had been to two League of Ireland matches all year so there was a good chance I was in the majority that night, a 'bandwagoner' as we were being called. 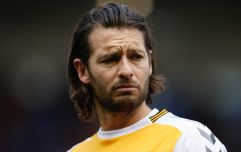 END_OF_DOCUMENT_TOKEN_TO_BE_REPLACED

I traipsed along feeling some sense of shame, worried someone would smell the indifference off me, trying to fit in as best I could when these amazing scenes unfolded on Lansdowne Road. St. Pat's jerseys marching in by their fours. Bohs shirts proudly on display. Men down from the north with their Derry City tops and there was even a few Cliftonville fans that had made the journey.

Suddenly, I wasn't so nervous about my Ireland colours because it was clear that that this was genuinely a celebration of Irish football. 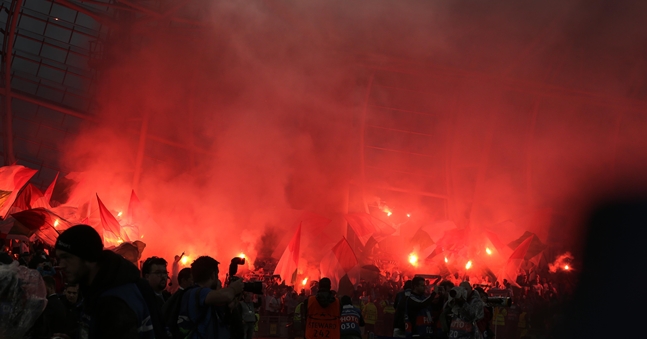 It was clear that this was going to be a great thing for the country, Dundalk were on an unstoppable rise and everyone was going to follow. Look at how many people are here, I thought. Then, of course, I was kicked back into reality with the sound of a disgruntled League of Ireland regular:

"It's a disgrace how many people are here," the anger was audible.

That attitude's a vicious, nay depressing circle. You've put in the hours, the commitment, spent your money, followed your local team all over and stood in freezing grounds with hundreds by your side. Fair play, that's noble. But now thousands of us are riding the bandwagon and it's pissed you off. Anyone can see why that might be annoying, of course you can, but how could you not see that this was good?

Dan McDonnell wrote a piece in the Independent claiming that an emergence like Dundalk's was the only hope of major progress for the league. "Misery seekers" was what he coined some of the begrudgers.

"The League of Ireland regular that sees darkness emerging from this chink of light sounds beaten down to the point where they are conditioned to misery," he wrote.

"Bad for their club in the short term? Perhaps. Bad for the league as a whole? No.

"If this example doesn't inspire change, nothing will." 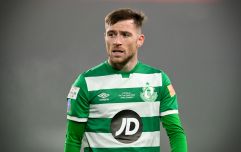 END_OF_DOCUMENT_TOKEN_TO_BE_REPLACED

And already you can see a little ripple effect like Galway's spike in attendance to welcome Dundalk after their historic BATE win. Derry City had the guts of 3,000 people cram into the Brandywell on Tuesday night for their FAI Cup replay with Stephen Kenny's men.

Dundalk themselves are the big name that everyone wants to come out and see and Dundalk themselves are the league's. They're local and they're an aspiration. That's happened in the space of a few months and, as many others have pointed out, they're in the mainstream media now - every other week at least - and they've brought the issues of the league under a microscope. 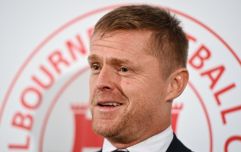 END_OF_DOCUMENT_TOKEN_TO_BE_REPLACED

But those issues of the league are still rife and they extend beyond the FAI whose own fixture scheduling has virtually ruled out all of its league members from an international call-up - they're even working against themselves at the very top.

In reality, you might argue that players in the league aren't good enough for an Ireland call-up just yet but how on earth do you expect that fact - never mind the attitude - to change when its own governing body has designed it otherwise?

But then the other problems are still at the very ground with the ones putting in all the work and time but the ones who are maybe so precious and disgruntled about that they could actually halt the progress.

Richie Sadlier appeared on the Second Captains podcast on Monday and gave a fascinating but frightening insight into his time as CEO of St. Pat's when he got all the League of Ireland clubs together around a table to share ideas and plan for a better future and a better league together.

"It's in our best interests here to get all the clubs around the table as often as possible just to share information and just to improve things a little bit," Sadlier recalled his thoughts at the time. "Spiking at each other in the press, all that kind of stuff doesn't do anybody any good.

"There was a tendency at the time for the FAI to divide and conquer. If there was any issue, they would just kind of divide all the clubs and pick us all off because we were all so weak when we were on our own.

"So we tried this thing of getting everyone around the table, for some kind of unity. And the bitching and moaning about the most trivial things... like, we'd spend 20 minutes listening to someone moaning about some newspaper didn't give coverage to their game in the prominent position that they felt it: 'why are Barcelona, a Spanish club in the bloody Champions League, why are they on the back page?'

"You're looking at these people and you're going, 'are you insane? Why do you need that explained to you?'

"There was one great meeting I was at when one club was moaning about the coverage that their matches aren't getting. RTÉ, The Star, The Herald, Irish Times, whoever, it's everyone's fault. And you looked at their website, and their website hadn't advertised the fact that they had a game the following night. Their website was still talking about the "upcoming game" a fortnight earlier.

"You're in two minds thinking do we just bring this person and the club along and we'll improve the whole thing or do you just go, 'get the hell out of the room! You're dragging us all back here. Why do you need to be told that putting stuff on your website is the way to go?'

"It was just infuriating, the level of contentious issues was so localised and so small-fry. They're all so caught up on 'what's best for us'. 'Call off the Real Madrid game because a hundred less people will come watch us'."

And, relatively, the level of coverage probably exceeds the interest and the numbers in the league at the minute.

I worked in the Derry News for three years - the paper was out twice a week and every single edition without fail would have at least five pages of Derry City coverage and they were usually the back five pages too.

But then you'd go back up to the Brandywell and there'd maybe be 700 or 800 people there and you wondered how many people were actually reading those five pages we'd dedicated to the club - a quarter of the sports section usually.

The media is under no obligation to do the league a service, they're serving their own audience. Somehow, they still manage to provide in-depth coverage for the League of Ireland anyway - a league that's averaging attendances around 1,000 at every ground, every week.

Only clubs like Dundalk and what they're doing can start to change that. Feeling entitled or hard done by won't work. It hasn't worked.


popular
Kerry's captain selection for 2022 sums up the problem with their outdated system
From Canada to Carlow in the name of hurling: Nicolas Redmond's journey to the Fitzgibbon Cup
"It must be difficult to say no, having won a game and heading back together"
Chelsea forced to change Stamford Bridge changing room after Liverpool complaint
Eddie Jones shares great tale on hour-long chat with 'inspirational' Roy Keane
Jesse Lingard 'angered by lack of respect' shown by Man United
Ireland fitness update offers even more reason for Six Nations optimism
You may also like
2 months ago
Damien Duff reportedly in talks about becoming Shelbourne manager
1 year ago
Bohemians say government advice was followed, after training video emerges
1 year ago
Sligo Rovers become first League of Ireland side to announce temporary layoffs
1 year ago
Rovers to continue Direct Provision initiative for 2020 season
1 year ago
League of Ireland predictions - previewing every LOI team's season in three words
4 days ago
Mike Ashley sues Newcastle chief Amanda Staveley for return of £10m loan
Next Page