"You're asking for trouble."

The arrival of Wayne Rooney to DC United has not been able to arrest the slide of a club that has the club bottom of the Major League Soccer standings. Even a superb Ravel Morrison goal could not help them in their latest outing.

The Washington side have the lowest points tally across the Eastern and Western conferences, with DC United sitting on 22 points after 27 games, and 32 points off Eastern Conference leaders Philadelphia. 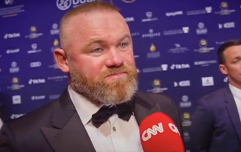 END_OF_DOCUMENT_TOKEN_TO_BE_REPLACED

Heading into their latest game, against Atlanta, on Sunday, Rooney's side were on a five-game scoreless streak, the franchise's worst record in 20 years. That poor trend was arrested after 46 minutes when Ravel Morrison thumped in his first ever MLS goal to put DC United 1-0 up.

Morrison is a former Manchester United teammate of Rooney, albeit briefly from a senior squad playing time perspective. Rooney signed up Morrison when he was Derby County boss, and the 29-year-old followed him to the United States, in July, when he got his new coaching gig.

The commentary alone of Morrison's first MLS strike is worth watching for alone:

Ravel Morrison got his first #MLS goal last night for @DCUnited, and what a goal it was! 🤩

"We keep on making too many mistakes" - Ravel Morrison 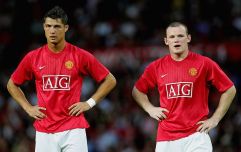 END_OF_DOCUMENT_TOKEN_TO_BE_REPLACED

Unfortunately for Wayne Rooney, Ravel Morrison and everyone else at DC United, that was where their night peaked.

The Washington side were pegged back, minutes later, before Ola Kamara restored their lead. They conceded two more goals in quick succession, though, and fell to a 3-2 defeat. United have now lost four on the bounce and have only one league win since Rooney took over as manager.

"Basic errors," Rooney reflected to The Washington Post after his side's loss. "The goals speak for themselves... we allowed [Atlanta's goalscoring sub] Jose Martinez to be alone. You're asking for trouble." 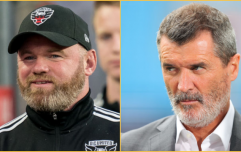 END_OF_DOCUMENT_TOKEN_TO_BE_REPLACED

The sheen taking off a positive performance that included his first MLS goal, Morrison admitted his side are making 'too many mistakes' and being duly punished.

If DC United fans are looking for a glimmer of hope, it could soon arrive in the form of former Crystal Palace and Liverpool forward Chriatian Benteke. The club's marquee summer signing has not played for them yet, due to visa issues, but Rooney hopes he can feature in their next game, against reigning league champions New York City FC.


popular
Kilmacud Crokes to counter Glen's objection over extra players in All-Ireland final
"He's a serious specimen, 6 ft 3 as well, so he's an incredible athlete" - Geaney hails O'Connor's impact
"It's very clear how I felt about it. I had a very definite view on it" - McEntee on Dunboyne's 2005 semi-final saga
January transfer window 2023: Follow the latest updates live in our hub
Roy Keane on Man United's two most improved players since Ronaldo left
"He didn't give me that jersey back!" - Johnny Sexton on new rival Jack Crowley
The two toughest calls in Ireland team to face Wales are in the backline
You may also like
2 months ago
What Wayne Rooney said that made Cristiano Ronaldo hit out at former teammate
2 months ago
DC United fined for breaking diversity rules by appointing Wayne Rooney
5 months ago
Wayne Rooney's DC United thumped at home as goal drought continues
5 months ago
Wayne Rooney speaks perfect sense about Man United signing Casemiro
5 months ago
Rio Ferdinand's greatest Premier League starting XI has some strange selections
5 months ago
Wayne Rooney believes that Manchester United should sell Cristiano Ronaldo
Next Page