It's always a bumpy ride with Ireland. A nation so proud of its football sometimes gets the over-achievement it deserves. There are plenty of highs, many lows and you don't know from one year to the next just what is in store.

And that's only the jersey side of things.

Here's our definitive order of the Irish home kits of the last 30-odd years. 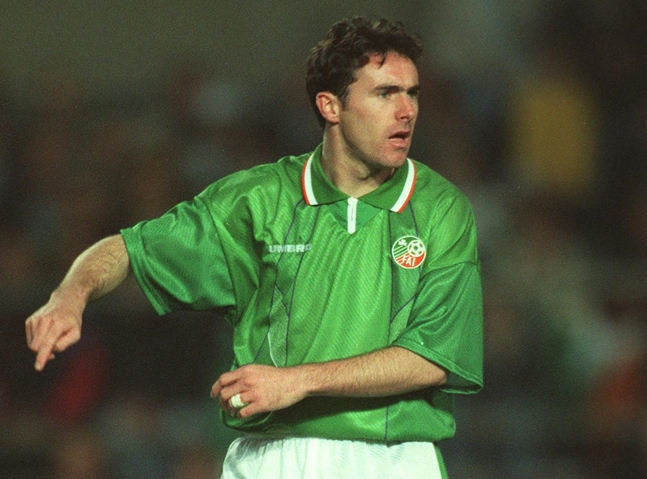 Talk about a World Cup hangover. This is just a kit with delusions of grandeur. 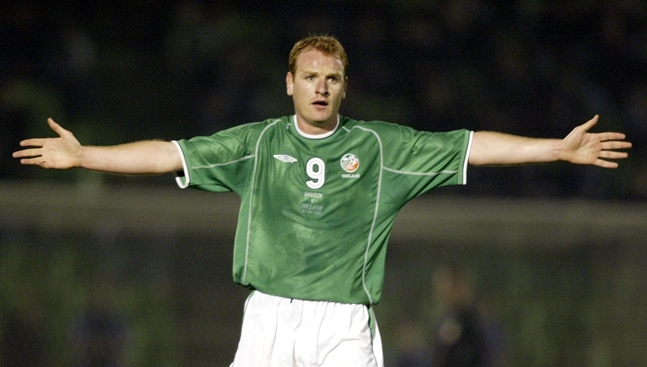 Good memories but the Japan/Korea kit was unshapely, unsightly and, call us dramatic, unforgivable. 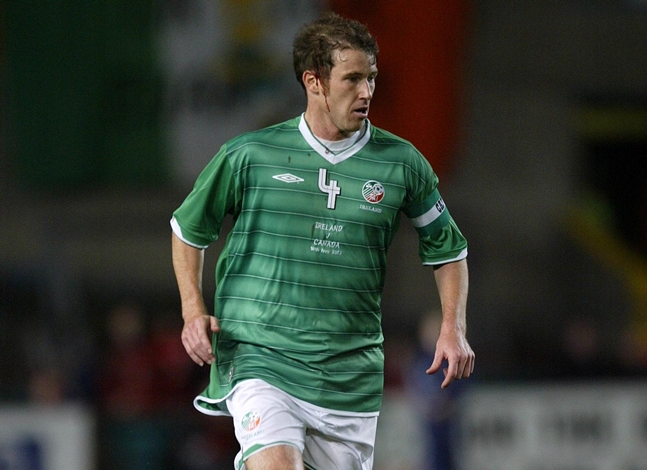 This is what happens when a jersey gets ideas above its station. Took a gamble with the hoops lining through it and it did not pay off. 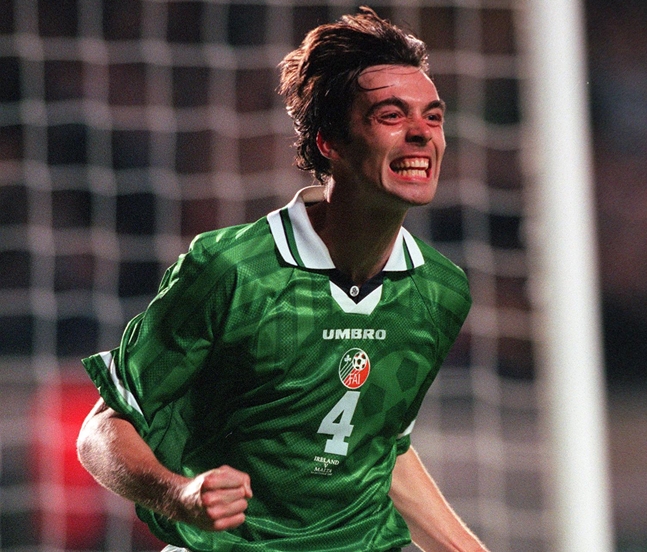 The nineties loved a good design within the jersey but hindsight doesn't love it so much. Weird collar and neckline with this effort. Gary Breen though. 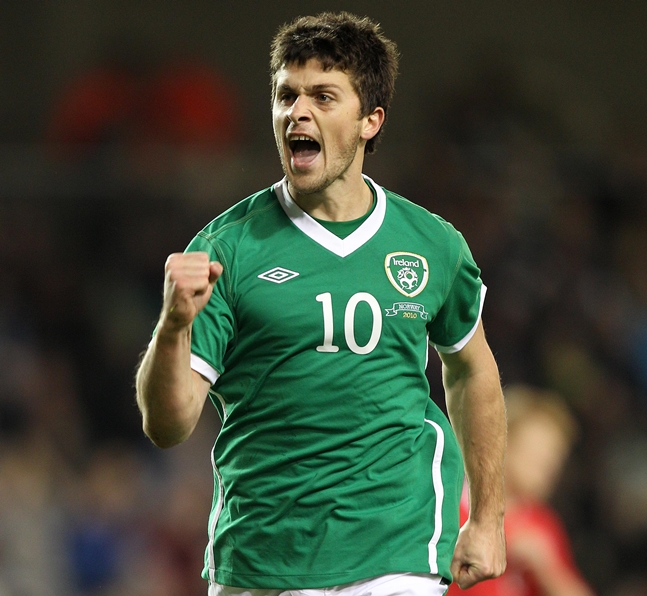 Must try harder. The shade of green isn't pleasant and the neck design and fit just smacks of laziness. We expect more from our jerseys. 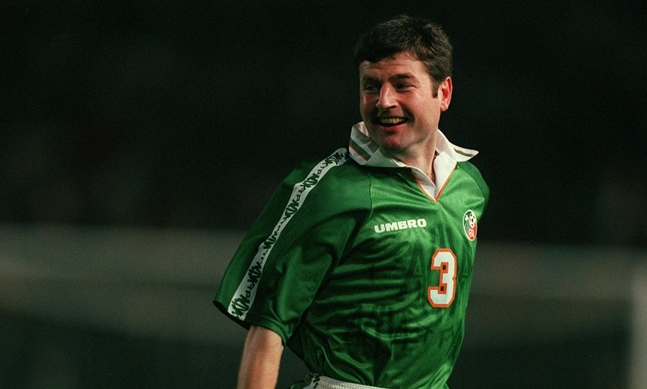 The retro collar actually looks pretty decent and the orange trim around this knitwear gives it a certain níl a fhios agam. Tries something strange with the arms. Not disastrous. Certainly not great. 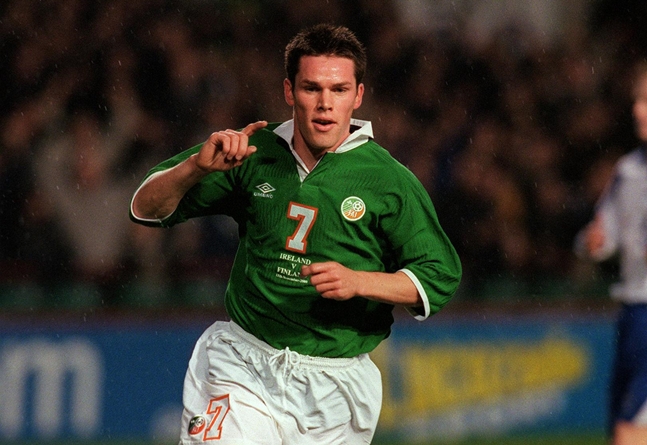 As retro numbers go, this is as old-fashioned as they come. Decent collar, nice buttoned neck line and a lovely cotton feel to boost. A wildcard. 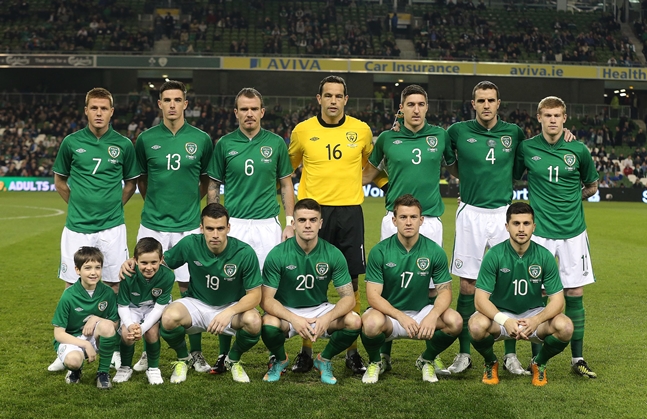 Simple, elegant. Let down in the collar area. And it's not even the right green.

Much better than the leaked images of it. But Jon Walters would do that to a kit, wouldn't he? 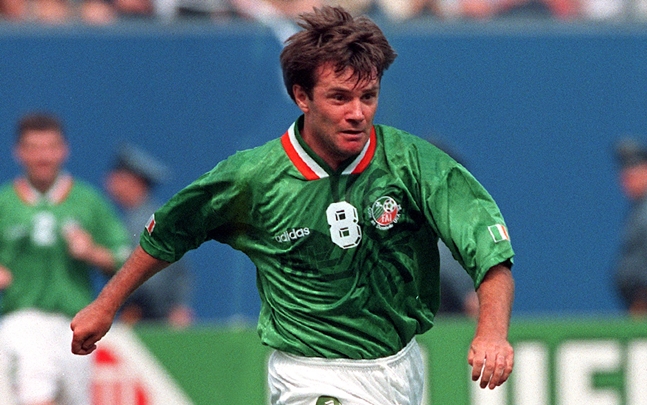 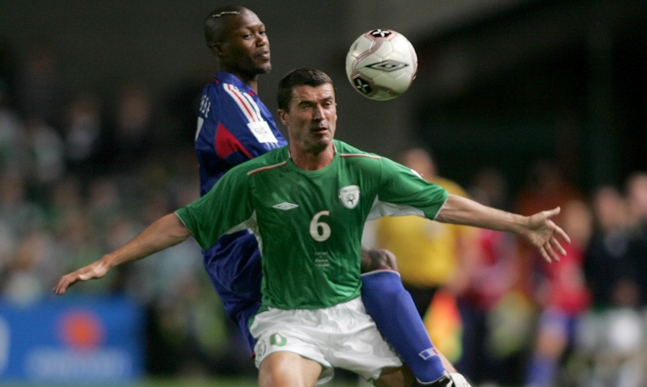 Just the right amount of everything but not enough of something. This is a good jersey. It's not a great one. 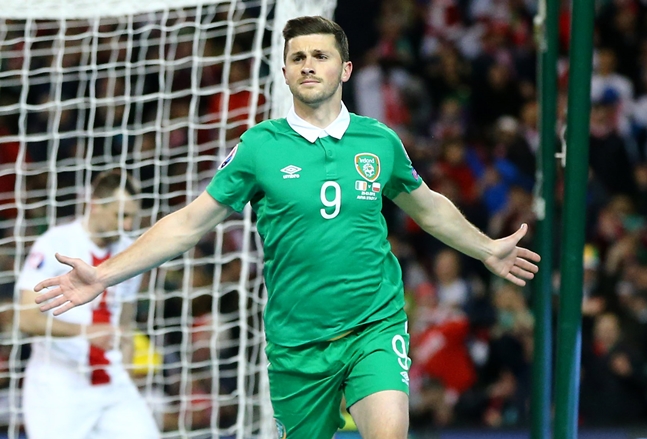 Perhaps this jersey wasn't appreciated in its own time as much as it should've been when it was released at an all-time-low in Irish football. It not only has good memories with it now but its collar is beautiful and it is simplicity jersified. 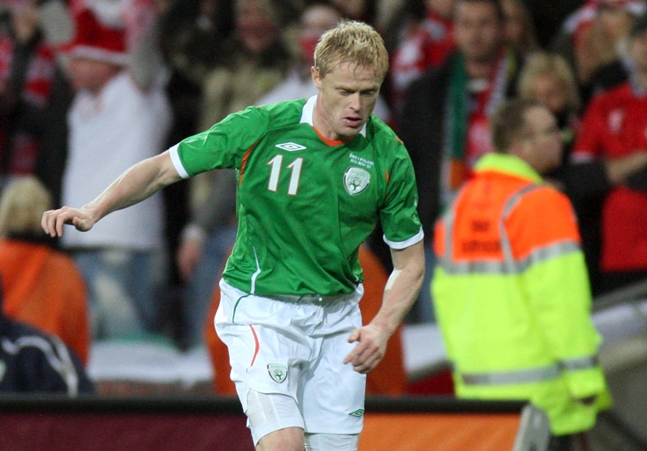 Fantastic colour, the right amount of orange and white with the right shade of green. The neck is on the money, the sleeves are a gem. Number one contender on its day but it is downright competitive at this point. 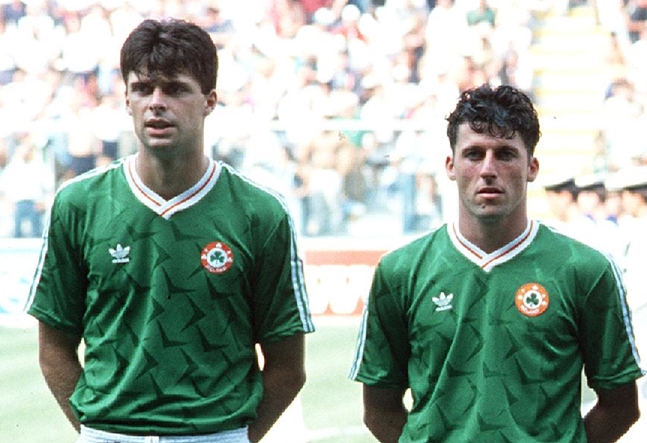 Nice striped sleeves, nice simple premise. Looks like they got bored half-way through though and just threw the rest together. 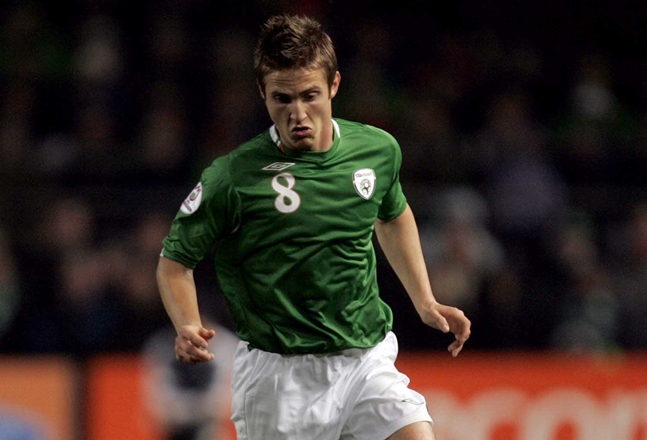 This is everything the 2012 jersey wanted to be. This is a dream. You'd be afraid to touch it design-wise in case you ruined any of it - thank God Umbro didn't. Some things are best left alone. 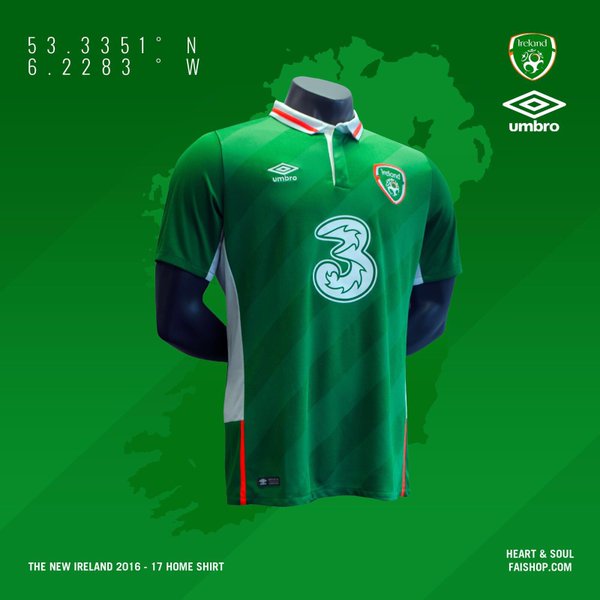 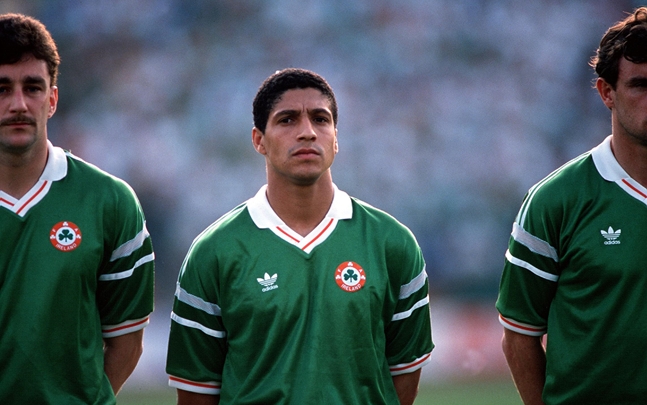 An example here of when risk-taking pays dividends. The stripes on the sleeves are daring and working. The original adidas logo with the old Ireland crest is a joy to behold. Just enough orange with the only drawback being the v-neck and collar combo. Make your mind up, like. 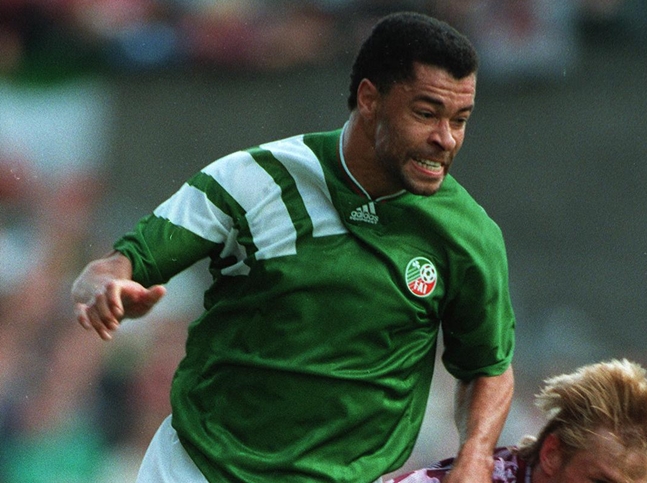 An iconic jersey because of its fearlessness. Great neck, fine brand placing and a good plain number - for the most part. Bold stripe design over the arm/shoulders/chest. 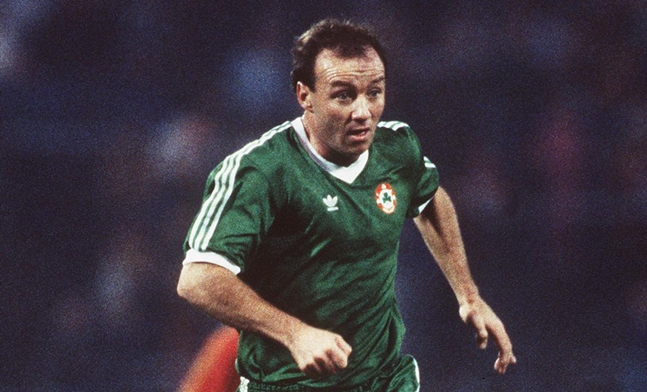 Sometimes the obvious answer is the right answer. This is simple. This is easy. This is oh so wonderful. V-neck, stripes, sleeve-trim, simple. Timeless.


popular
The SportsJOE 12 o'clock quiz | Day 136
The diet of a modern day rugby player compared with a top jockey
The daily diet of Manchester United midfielder Jesse Lingard
James Ryan's misfortune opens Leinster and Ireland doors for Ryan Baird
COMPETITION: Answer this survey for a chance to win a fabulous stay at the Trident Hotel in Kinsale
"It's not about winning at underage. It's about building players and building people"
Jadon Sancho to earn eye-watering salary at Manchester United
You may also like
3 weeks ago
How an uncultured Englishman conquered Ireland's sporting heart
3 weeks ago
The SportsJOE 12 o'clock quiz | Jack Charlton special (Day 112)
3 weeks ago
An Ireland XI of players who didn't get the recognition they deserved
3 weeks ago
Roy Keane on the experience of being managed by Jack Charlton at USA 94
4 weeks ago
QUIZ: Name these 6 Premier League stars that never got an Ireland cap
1 month ago
QUIZ: How well do you know Paul McGrath's football career?
Next Page