Manchester United have agreed on a deal with Ralf Rangnick to take charge on an interim basis until the end of the season, as reported by the Athletic.

The report states that Rangnick has agreed to take charge at Old Trafford on a six-month deal until the end of May, before then moving into a consultancy role for two years after. 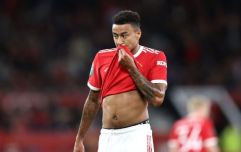 END_OF_DOCUMENT_TOKEN_TO_BE_REPLACED

The deal is subject to Russian Premier League side Lokomotiv Moscow - where the German is currently in charge - agree to release him from his contract, but as stated by David Ornstein and Laurie Whitwell, United are not anticipating that to be a problem.

United have been looking for a new manager since sacking Ole Gunnar Solskjaer last weekend and have been linked with several names.

Mauricio Pochettino has been heavily linked with the role at Old Trafford, but with Paris Saint-Germain reluctant to let the Argentine leave before the end of the season, United have instead looked at interim options.

Ernesto Valverde, formerly of Barcelona and Rudi Garcia are two names who have been linked with the job too, but it now appears that the club have got their man. 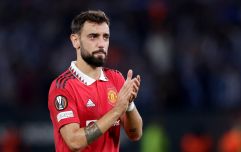 END_OF_DOCUMENT_TOKEN_TO_BE_REPLACED

Rangnick will take over from Michael Carrick - who took charge of the 2-0 win against Villarreal in the Champions League on Tuesday night.

United's next game is up against high-flying Chelsea in the Premier League this weekend, however Rangnick won't be able to take charge due to work permit reasons, meaning his first game in the dugout is likely to be their game against Arsenal at Old Trafford on 2 December.