Fan invades pitch with rainbow flag before Germany vs Hungary

A fan holding a rainbow flag invaded the pitch as Hungary's national anthem played before the Euro 2020 game between Hungary and Germany on Wednesday.

The match is being played in Munich after Uefa rejected a request to light the Allianz Arena's outer shell in rainbow colours earlier in the week.

END_OF_DOCUMENT_TOKEN_TO_BE_REPLACED

Fans in the stadium waved small rainbow flags prior to kick-off. The pitch-invader was greeted with loud cheers and applause by many of those watching on from the stands.

The pitch invader was eventually intercepted by stewards and escorted from the field to more applause. 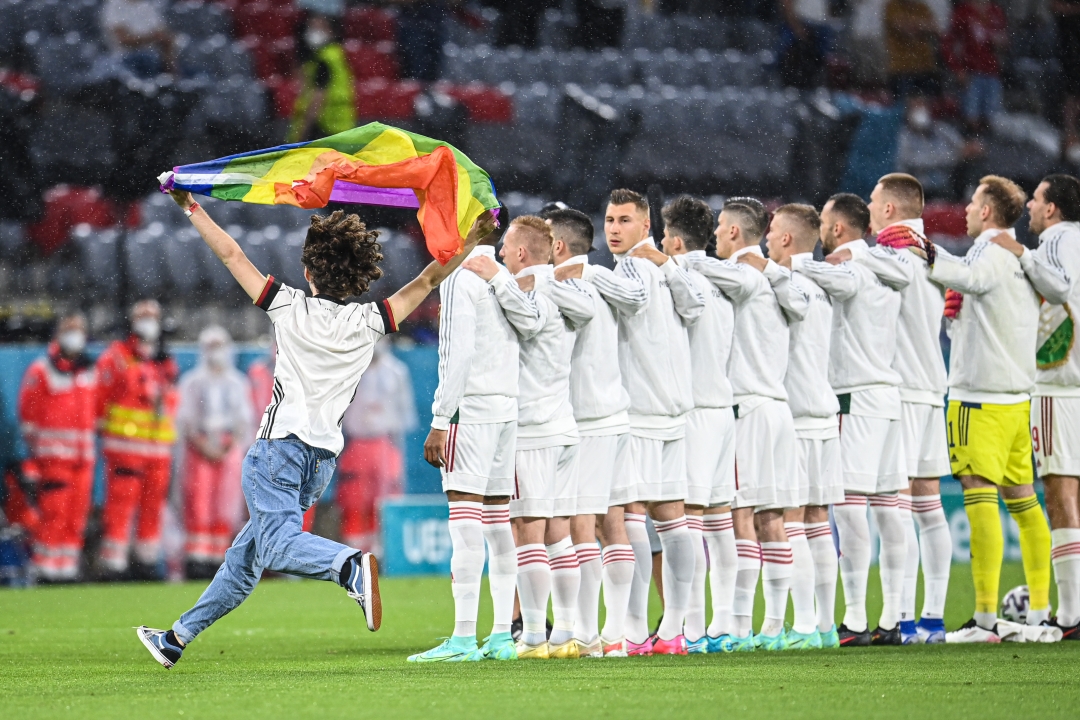 END_OF_DOCUMENT_TOKEN_TO_BE_REPLACED

The request to light up the stadium was a show of support for the LGBTQ+ community in Hungary after recent legislation was passed in the country which would prevent LGBTQ+ content from being shown on kids' TV, as well as in schooling systems.

Munich's request to illuminate the stadium in rainbow colours was deemed as being too "political" by Uefa, who have also faced fierce criticism for initially opening an investigation into the rainbow captain's armband worn by Germany's Manuel Neuer during Euro 2020. After strong condemnation, Uefa brought a halt to the investigation.