Mexico's most experienced player has found himself in a rather unique position in the World Cup.

A report in the New York Times claims that Mexico captain Rafael Marquez is on a United States Treasury Department blacklist which means that he is not able to enjoy all the same privileges as his teammates.

Apparently, Marquez is suspected of having some involvement in laundering money for drug cartels and therefore he is ineligible to be associated with any American individuals, businesses or banks throughout the tournament in Russia. 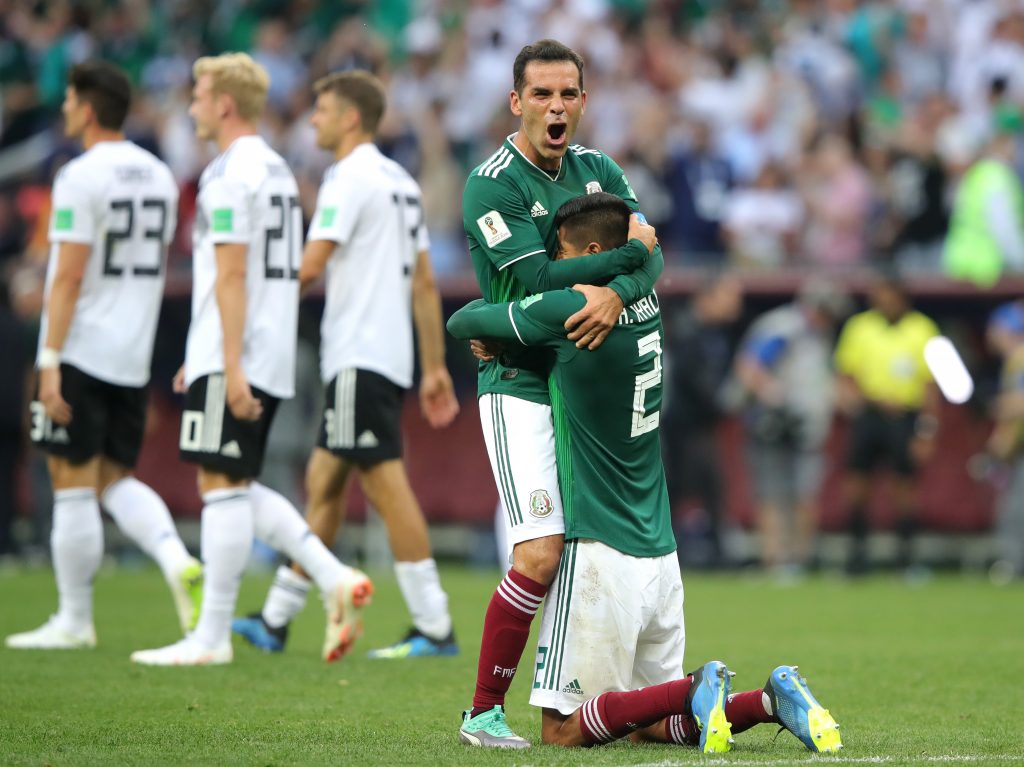 It means that the veteran defender does not drink from the same branded water bottles as his international compatriots and Marquez also wears a different training kit to his teammates, with Mexico forced to distance the 39-year-old from their main sponsors.

Marquez, who equalled the record by appearing in his fifth World Cup during his side's shock 1-0 victory over defending champions Germany on Sunday, is also believed to be ineligible to be rewarded with the Budweiser Man of the Match award, no matter how well he performs on the pitch.

It's reported that the former Barcelona player has also agreed to not get paid for his exertions in Russia, while separate plans may feasibly have to be made with regards to his accommodation to ensure that he is not being linked with any American brands.


popular
ROG hits the nail on the head assessing Ireland's performance
The Ireland XV that should definitely start against Italy
Player ratings on a dismal day for Ireland in Twickenham
"Emotions will be charged" - Sean O'Brien backing Ireland for Triple Crown
"Next thing, all I see is this 'BANG' coming in over me... It was O'Driscoll"
Triple Crown wrenched away as England scrape Ireland off their boots
QUIZ: How well can you remember this season's Premier League results so far?
You may also like
1 year ago
More people in Ireland watched England v Croatia in World Cup than All Blacks win
1 year ago
Gareth Southgate offers classy response when asked about Declan Rice
1 year ago
Toni Kroos responds strongly to Mesut Ozil claims of racism in German camp
1 year ago
Benjamin Mendy responds to Pep Guardiola's comments on his social media use
1 year ago
Everton on brink of signing Yerry Mina from Barcelona
1 year ago
Jose Mourinho explains why Paul Pogba plays better for France than he does for Man United
Next Page