A look back at Rafa Benitez's famous rant 14 years later

"I want to talk about facts."

Yesterday was exactly 14 years ago to the day that Rafa Benitez hosted one of the most bizarre press conferences in Premier League history, and with that the famous 'fact rant' was born.

It was 2009, and the then Liverpool manager had accumulated his strongest team at that point at Anfield, boasting players liker Xabi Alonso, Javier Masherano, Fernando Torres and a prime Steven Gerrard.

It looked at long last like Liverpool would finally make a title charge, and compete with the trophy-greedy Manchester United side that were hoovering up all of the silverware at the time. 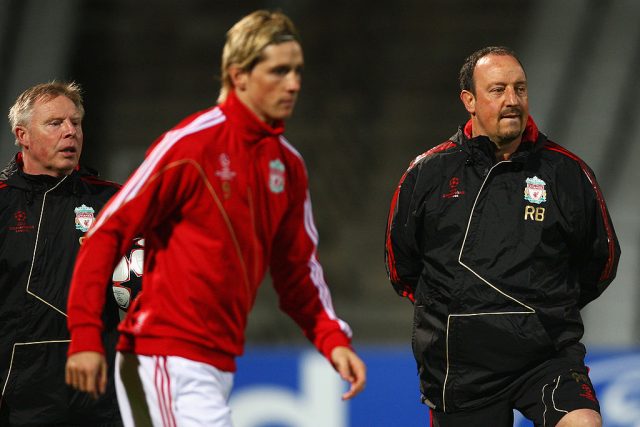 END_OF_DOCUMENT_TOKEN_TO_BE_REPLACED

Alex Ferguson was the most prominent figure in the Premier League and most opposition managers were more interested in being his friend than standing up to him.

However, the indifferent Benitez chose not only to challenge the authority of Ferguson, but unleashed a scathing attack on him from out of the blue.

With the Reds sitting at the top of the table - but United breathing down their necks with two games in hand - it seemed a strange time to throw fuel onto the fire. 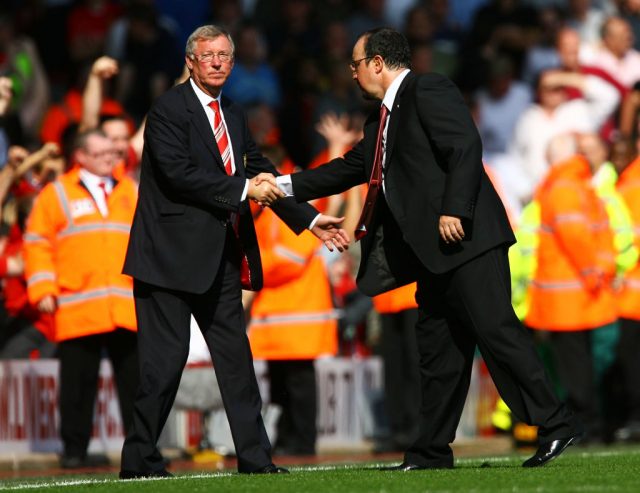 The Spaniard was clearly irked by Ferguson's remarks the previous week, where he was criticising the congested fixture schedule, and felt that some 'facts' needed to be shared.

"I was surprised by what has been said, but maybe they [Manchester United] are nervous because we are at the top of the table," said Benitez.

END_OF_DOCUMENT_TOKEN_TO_BE_REPLACED

"But I want to talk about facts. I want to be clear, I do not want to play mind games too early, although they seem to want to start. But I have seen some facts. On 1 November, they played Hull and Mr Ferguson had a two-match touchline ban and a £10,000 fine after confronting Mike Dean, the referee, for improper conduct. 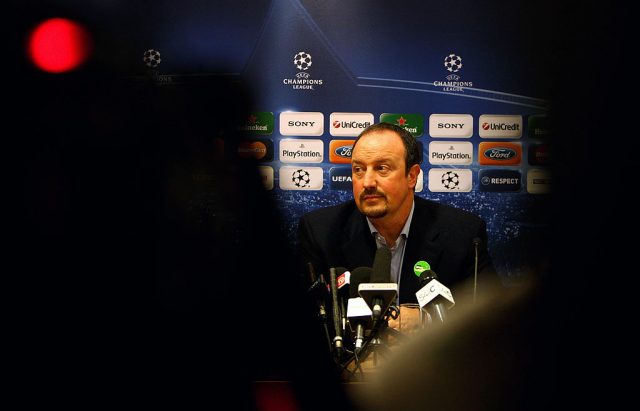 "We started the Respect campaign, and that was when [Javier] Mascherano was sent off [last season] at Old Trafford. The referee [Steve Bennett] was the referee when they played against Wigan – he could not see the handball against Wigan by Rio Ferdinand, he did not give a penalty.

"They won the game and they won the title in this game. I think it will be the same referee who will be in charge of their game in hand this season [against Wigan]."

This cold list of 'facts' went on for quite some time, and as Rafa got to the core of it, it was clear that he was trying to put some pressure on not only Manchester United, but the referees, who he felt were too soft on the Red Devils. 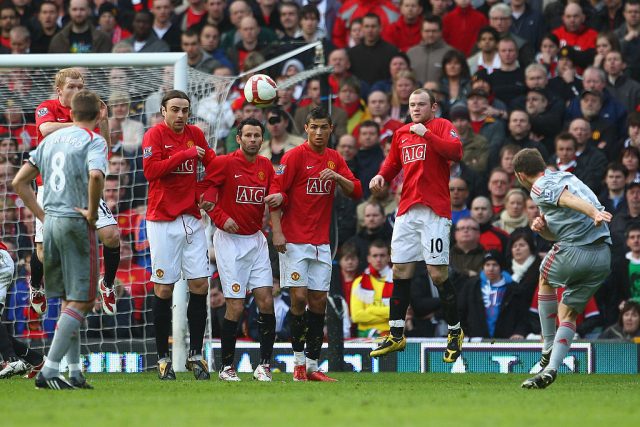 In particular, he wanted to add some tension to United's upcoming game against Chelsea, where they could potentially drop points.

"We need to know that I am talking about facts, not my impression. There are things that everyone can see every single week. 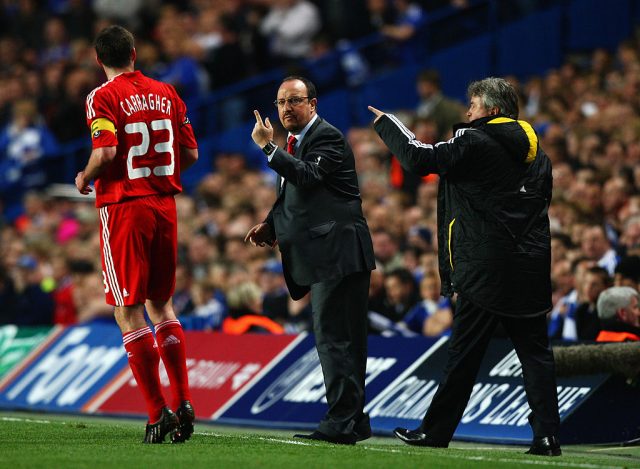 Ultimately, the whole thing backfired, as United beat Chelsea 3-0 and Liverpool walked away from Stoke with a measly point after a frustrating 0-0 draw.

In the end, Benitez did run the Old Trafford faithful close, even beating them 4-1 in March that year, but when you take a shot at the king you better not miss, and this particular attempt was way off target.


popular
Man United could be blocked from playing in the Champions League next season
Ireland team vs. France: Form players rewarded and a welcome return
French media's opinion of this Ireland team becomes clear as vital clash nears
Eight players to watch in tonight's Sigerson Cup semi-finals
Clive Woodward happy to 'eat humble pie' after bold comments about Ireland
Man United's four player transfer shortlist if Qatar takeover goes ahead
"I should have been more mature" - O'Sullivan's injury trail a cautionary tale for Sigerson casualties
You may also like
1 day ago
Casemiro explains why his name has been spelt wrong his whole career
1 day ago
Man United vs Leeds: Why the game won't be shown on Irish TV
3 days ago
Erik ten Hag draws up three-player transfer wishlist for summer window
3 days ago
Man United ponder appeal as new footage of Casemiro red card incident emerges
3 days ago
Man United squad don't want Mason Greenwood back in changing room
5 days ago
Alex Ferguson on how Owen Hargreaves was 'one of the most disappointing' signings he made for Man United
Next Page