Images of fan accommodation for this year's Qatar World Cup has shown that the country is nowhere near ready to host the tournament.

The World Cup is due to begin in less than two months and as part of an insight into what to experience in the Middle East, journalists were given an access all areas tour of what fans can expect. One of those sections included the accommodation that fans will be staying in, but there is still plenty of work that needs to be done.

END_OF_DOCUMENT_TOKEN_TO_BE_REPLACED

Over 80% of the hotels in Doha have been taken by FIFA representatives, with fans scrambling to grab the last remaining free rooms across the country, as reported by the Daily Mail.

Qatar have an array of different styles of accommodation available to those travelling. From cabins to tents to cruise ships by the sea, the country will struggle to put everyone attending up.

The designated fan 'cabins' remain under construction and offer no life or personality. Rows and rows of buildings that can only be described as those temporary buildings your school used to own.

Accommodation is a real concern. Fan ‘cabins’ still very much under construction at the site I saw. A vast, soulless complex only half built, with row upon on row of these constructions. Unclear what food facilities. Private contractors building them pic.twitter.com/pyLVgLKsIO 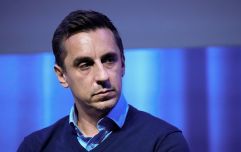 END_OF_DOCUMENT_TOKEN_TO_BE_REPLACED

Meanwhile there are three separate tent facilities, however these are giving more day five of Leeds Festival than glamping at Glasto.

The ‘Al Khor Camp’ is one of those examples and is a 40-minute drive from central Doha, meaning transport will be limited at best. 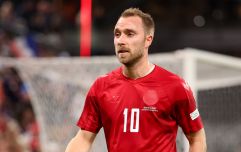 END_OF_DOCUMENT_TOKEN_TO_BE_REPLACED

Security officials also told the Daily Mail that the site will include beds in the tents, a communal swimming pool, gym, tennis courts and air conditioning. Food kiosks will also be on-site.

Then of course there will be two giant cruise ships in Doha port, but they will not come cheaply. A cabin will set you back £350 a night, with 3,898 cabins, 45 bars and 10 dining facilities available between the two ships.

Given that Qatar is the same size as Yorkshire, plenty of fans travelling have chosen to stay in neighbouring countries such as Dubai and the United Arab Emirates, which will increase the cost for those travelling into Qatar for their games.

With time ticking until the tournament gets underway, Qatar has plenty of work to do to ensure that it has even the most basic of facilities available for the millions of people in attendance.


popular
Shane Lowry on his Tuesday duels with Rory McIlroy at The Bear's Club
Gary Neville confirms he will work for Qatar's beIN Sports during World Cup
QUIZ: Name the 2018 World Cup Goalscorers
Ex-Anthony Joshua opponent hopes Chris Eubank Jr gets brain damage
QUIZ: Can you name the sponsors of all 32 of these old county jerseys?
Predicting the 31 biggest knock-out championship games around Ireland this weekend
Sean O'Brien to join Naas RFC so he can play All-Ireland League rugby
You may also like
3 days ago
Gary Neville disagrees with Roy Keane over Erik ten Hag's decision to not play Cristiano Ronaldo
3 days ago
Trent Alexander-Arnold could be "the best right-back the world has ever produced" says Gary Neville
4 days ago
Erik ten Hag offers baffling reason for Christian Eriksen marking Erling Haaland at corners
4 days ago
Roy Keane comments on Manchester City will inevitably start a worthwhile debate
4 days ago
Hundreds killed after riot breaks out at football match
4 days ago
"I seriously can't believe what I'm watching" - Roy Keane savages 'worst ever' Man United
Next Page