A dark day for the proud footballing nation of Qatar.

Qatar's footballers have suffered a surprise defeat in their preparations for their own World Cup, losing a warmup game against Linfield of the Northern Irish Premiership.

Qatar, who will compete in their first World Cup later this year on home soil, faced Linfield in Marbella, where Chris McKee scored the only goal of the game.

The World Cup hosts fielded a side which included seven of the players that started their goalless draw with Slovenia in March.

Just to put some perspective on how incredible this result is, the Northern Ireland national team drew 1-1 against Qatar in 2015, while the Republic of Ireland beat Qatar 4-0 last October.

END_OF_DOCUMENT_TOKEN_TO_BE_REPLACED

Qatar will face off against Ecuador in their opening World Cup fixture and will also play against the Netherlands and Senegal in what will be the nation's first-ever World Cup finals.

Tuesday's game between the two sides was also the first of Linfield's pre-season preparations as they focus on their Champions League qualifiers.

David Healy's side will go up against Welsh side, The New Saints, playing the first leg in Wales before hosting the return fixture at Windsor Park. 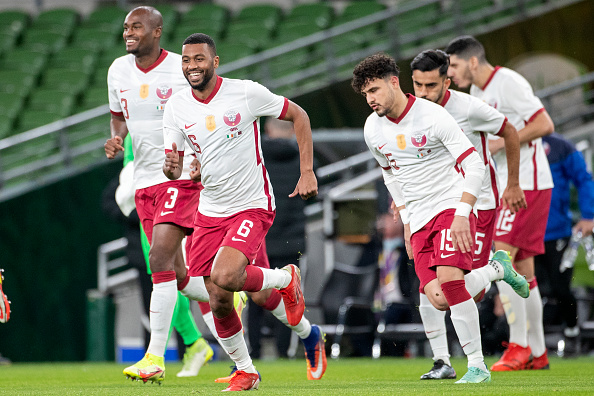 Linfield are regulars against international opposition. 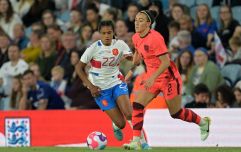 END_OF_DOCUMENT_TOKEN_TO_BE_REPLACED

Linfield's win against Qatar isn't the first time they have gone up against international opposition either, having played Kenya and Argentina before.

The Northern Irish side beat Kenya 1-0 at Windsor Park during a fixture in September, 2002. They lost by a single goal to Argentina in 1990 as they prepared for that year's World Cup.


popular
Liverpool set £60m Mo Salah price as contract talks continue
Glass half full as Derry's positive play produces five fantastic goals to reach All-Ireland semis
QUIZ: How many of the 10 most successful football counties can you name without making a mistake?
Éamonn Fitzmaurice explains Aidan O'Shea's best position and how it can be used against Kerry
Patrick Vieira claims he was 'much better' than Roy Keane in new interview
Matt Le Tissier says he asked Sky Sports why they never sacked Jamie Carragher
Conor McGregor and Floyd Mayweather 'in talks' about a rematch
You may also like
1 day ago
Oisin McConville believes that "Armagh can win the All-Ireland" for first time since 2002
2 days ago
Nike to consider offering home kits which last for two seasons
3 days ago
Ex-Real Madrid defender reveals he used to turn up to training drunk
6 days ago
Man United CEO Richard Arnold meets fans in pub to stop Glazer protest
1 week ago
Real Madrid planning to activate huge Erling Haaland release clause
1 week ago
Christian Eriksen 'wants to remain in London' in blow to Manchester United
Next Page