"He was absolutely screaming at Phil Foden at times."

Jordan Henderson started in England's midfield against Wales last night, and by the end of the game he left England fans with a problem to deal with.

Phil Foden is a generational talent, genuinely the closest thing they have had since Gazza in terms of his skill, fluidity, and ability to pick the ball up with his back turned, spin, and then effortlessly glide past three or four players.

Declan Rice is one of the fittest and most efficient footballers in the sport; an old school intercepter, who reads the game brilliantly and allows more attacking players to flourish. 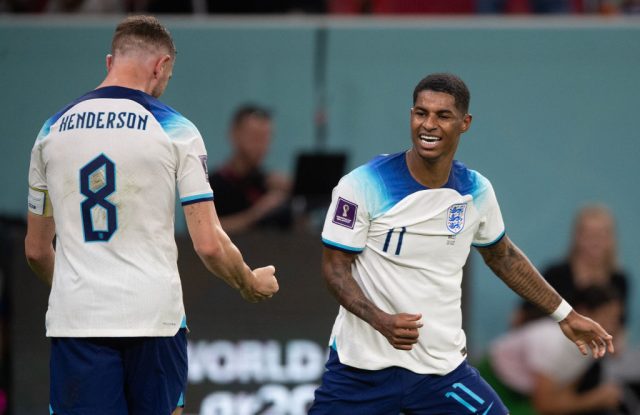 END_OF_DOCUMENT_TOKEN_TO_BE_REPLACED

Jude Bellingham is only 19 years old, commands the middle of the park, and fans respect him as though he were an experienced captain with a cabinet full of trophies already, such is the aura he projects.

Then, next to him, was Henderson, a player who is actually an experienced captain, and does have a cabinet full of trophies, but for some reason, will never command the same applause or admiration from fans that young Bellingham already has.

Sometimes, football fans make up their minds on a player, and that's just it, there's nothing they can now do to change that because the perception is eternally engraved, and those who hold it have no desire to see change. 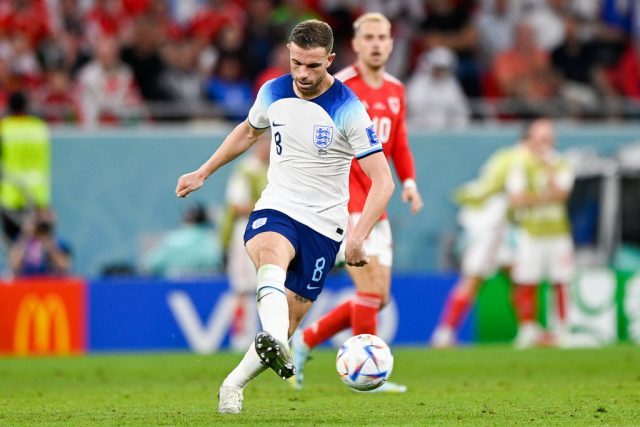 END_OF_DOCUMENT_TOKEN_TO_BE_REPLACED

Pop on Twitter, type Henderson into the search bar, and you will see a barrage of attacks from trolls, "fans" and weird accounts with Union Jacks as their profile pictures and the phrase "DOSNT TAKE LYF TOO SERIOUSLY" in their bios.

This all after a game where he controlled the middle, had more touches than his fellow midfielders and won more aerial duels and free-kicks, but most importantly; he let his attacking teammates flourish.

END_OF_DOCUMENT_TOKEN_TO_BE_REPLACED

Foden had only ever scored two international goals before yesterday and they came in the one game, but with Rice protecting the back, and Henderson pressing with the relentless intensity that a Jurgen Klopp disciple demands, the Man City winger had full freedom to roam, attack and spark the match into life. 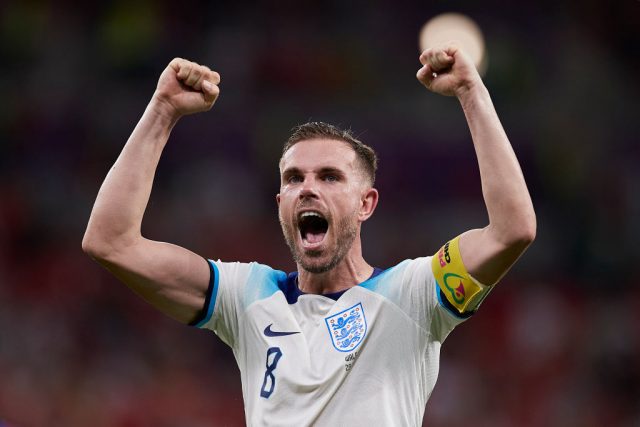 Continue your scroll down Twitter, and in between the incoherent messages from angry middle-aged men, you will see tweets from former and current professional footballers, only the tone is much different.

Jamie Carragher, Liverpool legend and former European Cup winner said: "I actually think the balance of having Declan Rice and another similar type of midfielder there, it was Kalvin Phillips in the last tournament, and that partnership worked really well," he told Sky Sports via Football Daily.

"But as the tournament goes on and we saw in times in that game against the US, Declan Rice got overrun and it felt like he was outnumbered. At times he needs a bit of help. 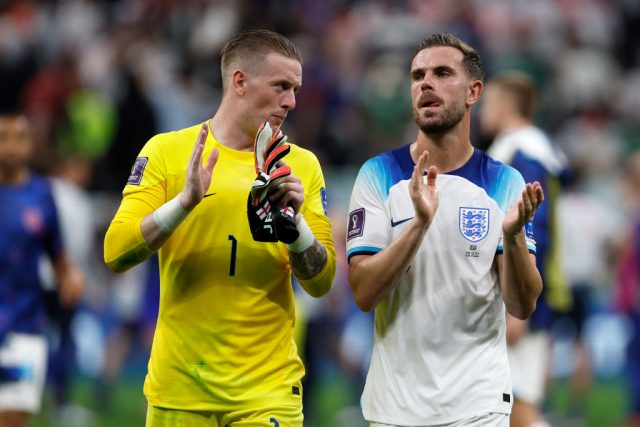 "I thought the change of Jordan Henderson changed the game for England, so I'm not surprised he's coming in and playing there."

Okay - there is that obvious Anfield connection and you could accuse the Sky Sports pundit of being biased, so here is the take of former England international striker and West Ham alumnus Dean Ashton as well.

"He'd do my head in to play with him. He was absolutely screaming at Phil Foden at times, both good and bad. That's what he brings. He brings that intensity, he brings that level of competitiveness all of the time. 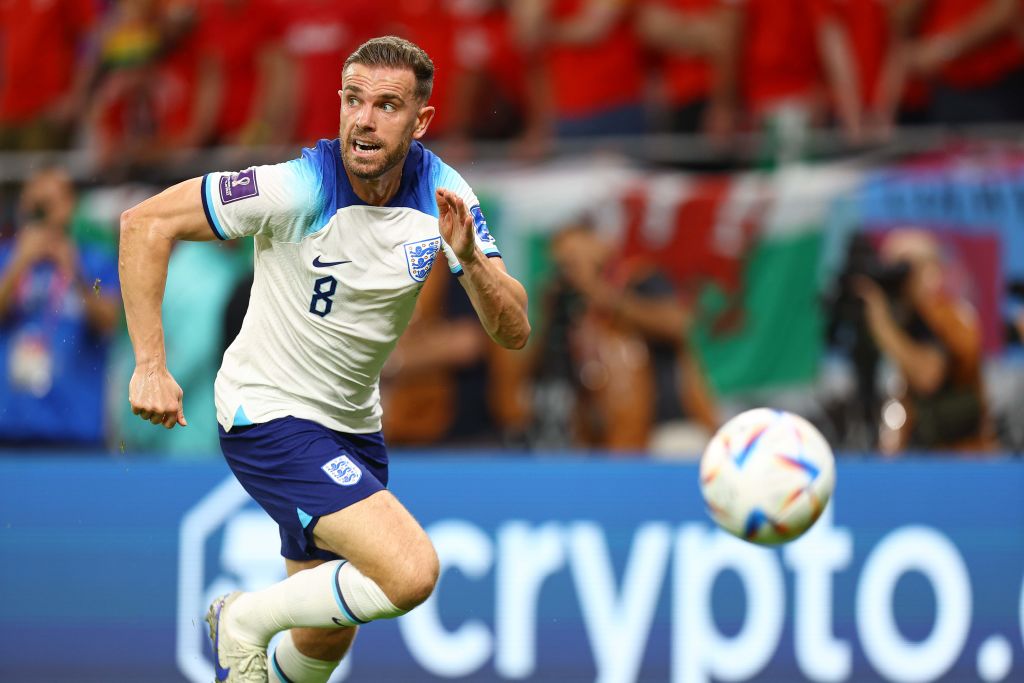 "I think sometimes England can lack that with the slowness (to their game), he's the one trying to lift everybody. I probably wouldn't enjoy playing with him, but it's great to watch and I like to see it.

"He has that real passion, he didn't like that tempo. He was trying to gee the lads up."

During lockdown, when fans weren't allowed into stadiums, a clip went viral of the Reds skipper, where you can hear him constantly talking throughout the match, controlling the game and getting the best of everyone around him. 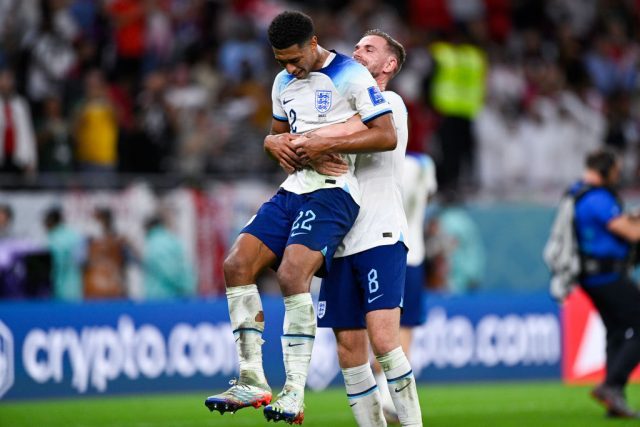 Now, let's keep in mind that we're still in the Twittersphere here, so the comments below this will be along the lines of "who is Dean Ashton anyway, only played like once for England".

So let's just ask the players, his actual teammates, the ones who are out there with him, like Bellingham himself - the new darling of England fans.

“Hendo brings that intensity every time he plays," said Bellingham. "When he gives you that confidence to go and press, I can push on and then Dec can be aggressive. We won a lot of balls high up the pitch, which was key for us retaining the pressure and keeping them under.”

Regardless of all of this, the skeptics will still be sharpening their knives; not that it matters to Henderson, who will be sitting polishing his Champions League, Premier League, FA Cup, League Cup, Super Cup, Community Shield, and World Club Cup medals.