For the neutral football fan there was something immensely gratifying about Manchester City having another late goal ruled out by the VAR.

City have been given just about every off-field advantage there is in football. A world-class manager, a £600 million outlay on players under Pep Guardiola alone, a base of players that already included the likes of Sergio Ageuro, David Silva and Fernandinho before the Catalonian's arrival at the club.

City are up there among the least sympathetic club's in sport so when Gabriel Jesus has a late match winner chalked off for a handball in the lead up to him receiving possession, there's an overwhelming feeling of 'good enough' for them, and yet, even with all this accounted for, they're just a pleasure to watch play and a clear cut above the rest.

Watching Kevin de Bruyne fire balls into the box with the precision of a predator missile gives you a sense that they can be unplayable at times.

But even before de Bryune whips in his beautiful first-time cross, Sterling and Aguero have already made their runs. It's a sign of a team firing on all cylinders as they expect the ball to be put on a plate even before the defence has even realised what's truly about to happen.

City have very much reached the highest level of football under Guardiola and disallowed VAR goals is one of the few things left that those looking for a new title winner can cling on to with any sense of hope that the football Gods, or maybe more pertinently those video officials in a London studio, can do to stop this team because short of that they look odds on for another league crown.

On the other side of Manchester, United were quickly brought back down to earth after a 1-1 draw with Wolves on Monday night.

END_OF_DOCUMENT_TOKEN_TO_BE_REPLACED

A missed Paul Pogba penalty may have cost them a second straight victory following their 4-0 demolition of Chelsea from the opening weekend of the season but a big positive for the Reds is that Anthony Martial may be ready to take the reins of the number nine jersey.

Martial switched to number nine from number 11 this season and it seemingly had more significance than just an arbitrary change in numerical desires.

“He has got the quality and talent,” Solskjaer said of the Frenchman during the pre-season.

“He's going to score goals and his work-rate is improving. I expect him and Marcus [Rashford] to be even better than last season.

“Of course, Anthony's had a top season when he came in his first season. He was top scorer and he's had a couple of seasons since then when he's not really hit that amount of goals and quality. I'm sure we will see a better Anthony this year.”

Martial scored 17 goals in 49 games during his first campaign at United under Louis van Gaal in 2015 but he has since failed to replicate that type of form.

Solskjaer has expressed a desire for Martial to get closer to goal this season and it looks like he's following his manager's instructions with both of his goals so far coming inside the area.

What a way to bag your 50th #MUFC goal 😆 pic.twitter.com/8La2QhbyJ1

Martial has never played more than 31 games in a league season for United but you figure this could be the campaign where he exceeds that figure given the fact that Marcus Rashford is the only other forward in the current squad to score 10 or more league goals last season.

Solskjaer seems to want to play both players alongside each other this season and Martial will stand to gain the most as he leads the line for a United side that have averaged 10 shots over the first two games of the season against good competition in Chelsea and Wolves.

Martial is currently fourth on the leading goalscorers list behind Ashley Barnes (3) and Raheem Sterling (4) and Teemu Pukki (4).

Sterling has scored 35 goals over the last two seasons so it's no great surprise that he's off to a good start but Pukki's hat-trick against Newcastle at the weekend caught everyone a bit off guard after he scored against Liverpool at Anfield on the opening night of the season.

4 - Teemu Pukki has become the first player in Premier League history to score as many as four goals in his first two appearances in the competition. Party! pic.twitter.com/QsJ1HvDWgt 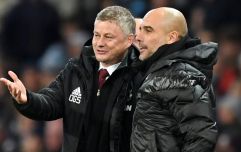 "For me, it's quick, attacking, flowing football with the right intent" - Ole Gunnar Solskjaer

END_OF_DOCUMENT_TOKEN_TO_BE_REPLACED

The Finnish striker scored 29 goals in the Championship last season so maybe it shouldn't be too big of a shock that he's got off to such a strong start for the Premier League newcomers, but nevertheless, Pukki is still the first player in Premier League history to score four goals in his first two appearances in the competition.

The best promoted striker of the last five seasons has been Charlie Austin who scored 18 goals for the newly promoted Queens Park Rangers during the 2014/15 season.

Of the last 15 promoted clubs only eight have had players that have scored 10 or more league goals during a campaign and only three - Austin, Raul Jimenez and Odion Ighalo - have scored over 13 league goals.

Pukki is just under halfway to 10 after two games and just under a third of the way to 13 league goals and he's played just two league games.

“It was a good performance from Teemu today, not only because of his goals but because of his workload, because of his ability to link the play and he is so important to us for the spirit of the team,” said Norwich boss Daniel Farke after Saturday's win.

“Not only for his goals, but in general because of his workload it was a brilliant performance.”

Pukki was clinical in front of goal and if he can keep banging in the goals for the Canaries it should put them in a good position to fight relegation, although, Austin's 18 goals for relegated QPR serves as a cautionary tale.

Five of the eight players that have scored 10 or more goals for newly promoted clubs have seen their sides survive relegation but those numbers sit just above 50%.

A goalscorer certainly helps the fight to stay in the league but Norwich's biggest challenge will most likely come down the other end, as it tends to do for most relegation candidates.

The game of this week sees Arsenal take on Liverpool at Anfield on Saturday evening with Liverpool once again shaky at the back against Southampton while Gunners new boy Nicolas Pepe looked sharp in a second-half cameo against Burnley.

Dani Ceballos was mightily impressive for the north Londoners in their win over Burnley last weekend and expect him to feature again as Arsenal try to rotate a very stacked midfield with Mesut Ozil also in line for a return.

The Gunners are two from two to start but won just seven games on the road last season with Liverpool losing just once all year.

The fixture has produced some classics over the years but it's hard to see this one going Arsenal's way, even with another liability in goals for Liverpool, or as most of us know them as, goalkeepers not named Alisson Becker.