The transfer market is a risky old business.

Every football fan in the world will, at some point, have been bitterly let down by a transfer. It is the nature of football that not all big money transfers go to plan. With a myriad of factors at play, from settling in a new city to managers not actually wanting a player in the first place, it shouldn't come as a surprise that many high profile moves turn out to be money down the drain. But as partisan supporters, we simply can't help but get excited. 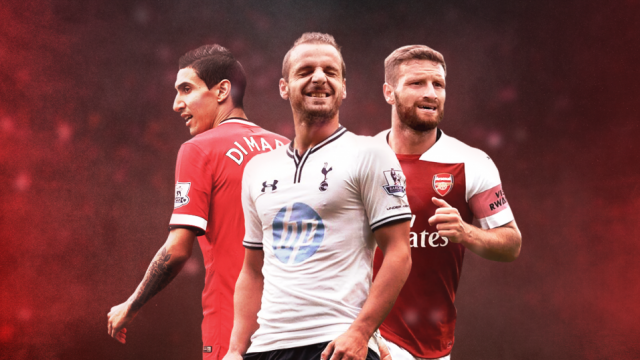 Like a kid at Christmas with a shiny new toy, Premier League fans piss themselves with giddiness every time their team makes anything resembling a good signing. Arsenal fans literally filled the streets of Islington to celebrate the signing of Mesut Özil on deadline day in August 2013, so thrilled were they to have someone to provide reason for optimism at a time when the club were entering a slide. Of course, while Özil helped Arsenal lift two FA Cups, the impulsive hook up between player and club has ended in resentment, the pair sleeping in separate bedrooms.

Of course, some marquee transfers do indeed work out. But an alarming number of them end in failure. As the decade draws to a close, we take a look back at some of the biggest Premier League flops since 2010.

I'm not going to lie to you, I've spent most of the morning trying to decide whose Premier League experience was more catastrophic: Bravo or Loris Karius. After long consideration, weighing up various criteria - frequency of mistakes, general quality, expectations - I realised it had to be Bravo. Having just helped Barcelona to another LaLiga title, conceding fewer goals than all but one team in the league, it was reasonable for Premier League fans to expect more than what we got, which can only be described as what looked like an injured outfield player, playing in goal. For the first time.

A good debut, followed by four years of refusing to overlap, sluggish defending and eventually being displaced in the back four by Antonio Valencia. Maybe it was his hideous sideburns. Maybe he was just never very good. Either way, by anyone's standards the Italian flopped in the Premier League before returning to his homeland for £3.6m. 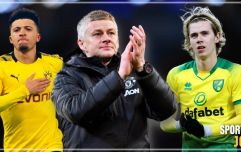 END_OF_DOCUMENT_TOKEN_TO_BE_REPLACED

I was admittedly one of Mustafi's biggest cheerleaders when he joined from Valencia in 2016. Having seen the formidable partnership he formed with Nicolas Otamendi (also a contender for this XI) at Valencia, I had high hopes for the German on these shores. However, mistake after mistake, many of them inexcusable at the top level, led to his reputation being shattered. His name a mere punchline. It is worth noting, however, that other centre-backs have struggled at Arsenal but gone on to improve vastly elsewhere, namely Gabriel Paulista, who took Mustafi's place in the Valencia team. Maybe... the problem goes deeper than the individual?

One of what feels like hundreds of centre-backs who have signed for Manchester City for a £40m fee and achieved nothing at all. Mangala came with a big reputation, having dominated the Portuguese league with Porto. However, he did not live up to the hype. In the eternal words of former Twitter user 'bsmudge1982', "seriously mate no joking please just don't play again pl not suited to u pal you're crap no hard feelings just not worked out."

You'd be forgiven for forgetting who Andre Santos is, who he played for, and questioning whether he actually exists. Cast your mind back to 2011, when Arsenal's summer spending was more akin to a Christmas eve dash to a petrol station, picking up whatever could pass as a Premier League footballer. Mikel Arteta and Per Mertseacker signed on deadline day - both going on to form the spine of a cup winning team - as well as Park Chu-young (one appearance) and Andre Santos, who endured two years at the Emirates before accepting his own fate and embarking on the sort of world tour your favourite childhood band go on for one last paycheque before fading into irrelevance. 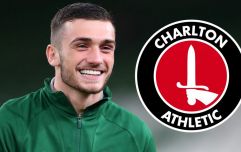 END_OF_DOCUMENT_TOKEN_TO_BE_REPLACED

It's difficult to think of a more severe drop in form than that of Bakayoko upon his arrival at Chelsea, having just beaten Paris Saint-Germain to the Ligue 1 title with Monaco - who also reached the Champions League semi-finals. It was their Leicester season, when everything fell into place and their team had perfect balance. Oh, and Unai Emery was managing PSG.

But his time in London could not have gone much worse, as everything that made him so influential at Monaco vanished into thin air. His first touch became the subject of ridicule and his second touch became a tackle. Incredibly, the Frenchman is still on Chelsea's books, out on loan at Monaco, where he most recently made headlines by forgetting his squad number has changed during a substitution.

Big, big fan of Chelsea legend Tiémoué Bakayoko forgetting his Monaco shirt number and thinking he was being substituted pic.twitter.com/1M6m3VybV0

Remember when Fulham spent over £100m on an entirely new team when they got promoted in 2018? And we all naively believed they had "won the transfer window"? That went well, didn't it? Jean-Michel Seri, the highly sought after box-to-box midfielder from OGC Nice, was seen as a huge coup from Fulham at the time. And he should have been, there were no real indications that he would not help Fulham progress to the next level.

But as it turned out, he was the embodiment of a side that were less than the sum of their parts, an expensive collection of individuals.

END_OF_DOCUMENT_TOKEN_TO_BE_REPLACED

There is a strong case to be made that Di Maria is the biggest flop in Premier League history. Taking into consideration the stormer of a season he had just had at Real Madrid, his £60m price tag and his technical ability we all know he has, the transfer was a complete disaster.

It was of course not entirely his fault. He joined a side in the middle of an overdue rebuild, was moved around various positions and did not click with Louis van Gaal at all. It was recently reported that the pair would regularly have heated rows in front of the team. It was doomed from the beginning.

The 'Noodle' then went on to Paris Saint-Germain, where he has demonstrated why he was so sought after in the summer of 2014. He also avenged United in the most gratifying way possible, tearing them apart in the Champions League* and shouting "fuck off" at the home fans, adding in a few "hijos de puta" for good measure.

*United had the last laugh, as PSG went full PSG in the second leg, throwing a two goal lead to crash out on away goals.

The worst thing about this move was that you could see it coming a mile off. The Chilean had been on the decline for a while at Arsenal, something Manchester City had noticed but United failed to. Then the outrageously handsome salary United awarded Sanchez, for which there has been absolutely no justification.

He is now playing out on loan at Inter Milan, but remains the biggest earner at United, who are still paying 60% of his £500k a week salary.

Another complete disaster which the buying club should have seen coming, Torres' £50m move to Chelsea reeked of a club signing a player out of spite, having chased him for so long, rather than making a necessary addition to the squad.

Having endured a poor World Cup on an individual level after undergoing knee surgery in the April just before, Torres' poor form continued into the 2010/11 season at Liverpool. His powers were quite obviously on the wane after the injury but Chelsea handed over £50m for the striker anyway.

It took him four months to score his first goal for the blues, and he never managed more than eight in the league.

Thankfully, his career did feature something of an Indian summer as Diego Simeone found a way to get a tune out of him after a romantic return to Atlético Madrid.

And finally, the one you've all been waiting for, Roberto Soldado. The star of Daniel Levy's 2013 answer to 'Seven Psychopaths', Soldado was meant to be the player Harry Kane has become. But the Spaniard could never replicate his LaLiga form in the Premier League, and was let go after two years having scored just 16 goals, most of which came in the Europa League.

Soldado has still not reached 10 league goals in one season since his final hurrah at Valencia. What remains is the hollow shell of a former bagsman. A decrepit heap of unfulfilled promise, desperate to have one final purple patch before hanging up his boots. It's actually really sad. Sorry Bobby.