The Republic of Ireland play Poland in a friendly on Tuesday night.

Martin O'Neill's side has been depleted by injuries and withdrawals. Several first-team players weren't part of the squad for the trip to Cardiff last week and won't be involved against Poland.

Even though there is nothing at stake, the squad and the management team could really do with a positive result to stop the rot after conceding nine goals in their last two competitive games. The 4-1 defeat to Wales last Thursday would have been O'Neill's worst result as Ireland manager, were it not for the 5-1 loss to Denmark last November.

Poland recorded a 1-1 draw with Italy last week in their first Uefa Nations League tie and will present tough opposition for what will be a makeshift Ireland team.

Something I wrote about the Ireland management teamhttps://t.co/zg91uRElYG

O'Neill hasn't given any indication about what team he plans to select, but here's the team we would pick for the match.

END_OF_DOCUMENT_TOKEN_TO_BE_REPLACED

Darren Randolph keeps his place in goal, despite conceding four against Wales. It would be harsh to pin the blame for the goals on him, and Randolph has been solid at club level this season. He last conceded for Middlesbrough on the opening weekend of the Championship season over a month ago.

In defence, we've opted for a back-three and wing-backs to give Ireland a more solid base. Ciaran Clark and Shane Duffy keep their starting spots. The last two competitive performances apart, the pair have been a stable partnership for Ireland and are the best defenders available to O'Neill.

Kevin Long joins them in defence in this team.

"The Ireland players desperately need some basic organisation and a tactical plan to make them greater than the sum of their parts.

"Instead, they have their manager telling them to "just deal with it" as they're left exposed and overrun again" https://t.co/L8NXUeyseH

END_OF_DOCUMENT_TOKEN_TO_BE_REPLACED

At wing-back, we've picked Matt Doherty on the right and Enda Stevens on the left.

Seamus Coleman won't take part in the match after the Ireland captain picked up a foot injury in training. Hopefully, Doherty now gets his chance at wing-back. Stevens was an upgrade on Stephen Ward, who has also left the squad with an injury, when he came on against Wales.

In midfield, this team has Conor Hourihane, Jeff Hendrick and David Meyler. Hendrick and Hourihane started against Wales and were completely overrun.

Look at the distance between Ireland's midfielders for the first goal. It's almost as if they don't work on team shape #WALIRL pic.twitter.com/4SOx1BeLyY

Meyler should have started that match, as Ireland desperately needed another player in the middle of the pitch to try to loosen Wales' control of proceedings. The team simply can't afford to be so outnumbered again in the middle against quality opposition, particularly in a match away from home.

Jon Walters has returned to Ipswich Town after playing 90 minutes against Wales, and Ireland are extremely short of options up-front.

So, we've opted for the inexperienced pair of Callum Robinson and Graham Burke to start against Poland. The Preston North End teammates have just three caps, and one goal, between them. However, there are few other options available to O'Neill for the match. 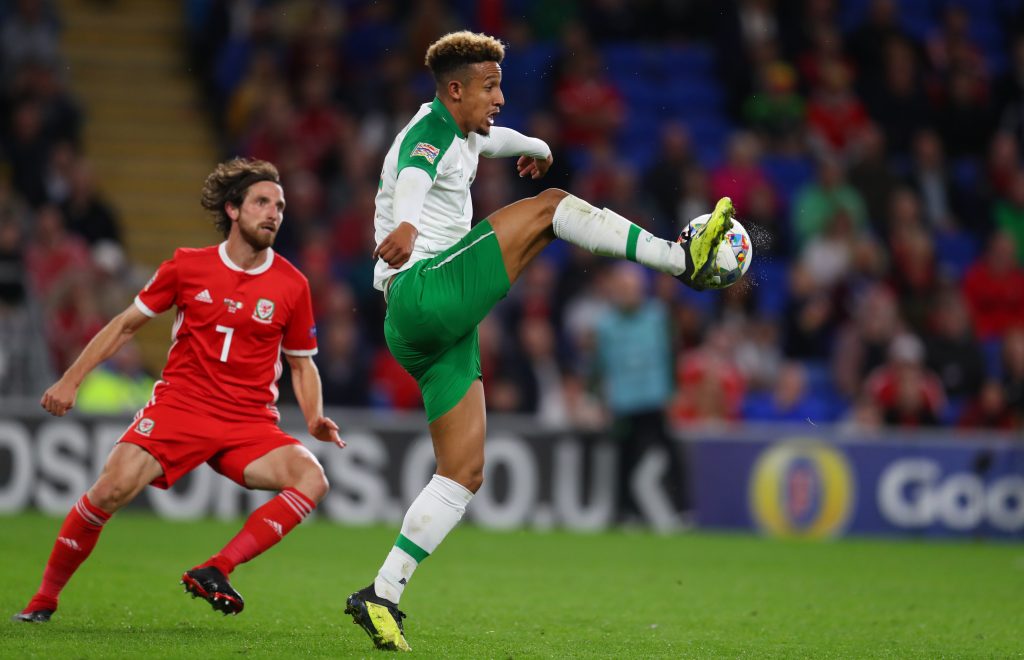 It's possible that he could play Daryl Horgan or Callum O'Dowda as strikers rather than in their natural position on the wing. But starting players out of position did Ireland no favours against Wales.

Ronan Curtis has been called-up to the senior squad after impressing with the U21s and at League One Portsmouth and may be an option from the bench. 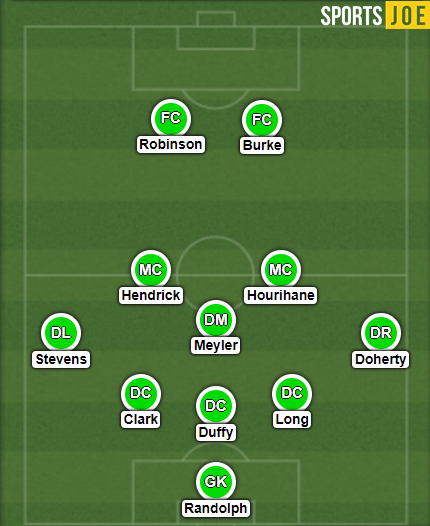