The former Arsenal captain is this week's sporting piñata.

Pierre-Emerick Aubameyang is getting it from all sides after Arsenal stripped him of the captaincy and hung him out to dry.

Arsenal boss Mike Arteta told reporters all about the Gabon international's breach of club discipline but then told reporters he would not be divulging any more information. There was no need, there was already a briefing session going against the player - we've heard all about the 'three strikes' that counted against the player while there are intricate details on his latest trip out of the country and how he returned back to London a day later than planned.

END_OF_DOCUMENT_TOKEN_TO_BE_REPLACED

Meanwhile, the old boys network was doing its job in the media. On Match of the Day, hours after the decision to relieve Aubameyang of the arm-band Martin Keown was telling viewers how this had been a long time coming and how unreliable the striker was. On Monday, after the ground had been laid and the player discredited, came the club statement:

"Following his latest disciplinary breach last week, Pierre-Emerick Aubameyang will no longer be our club captain, and will not be considered for selection for Wednesday's match against West Ham United. We expect all our players, particularly our captain, to work to the rules and standards we have all set and agreed. We are fully focused on tomorrow's match." 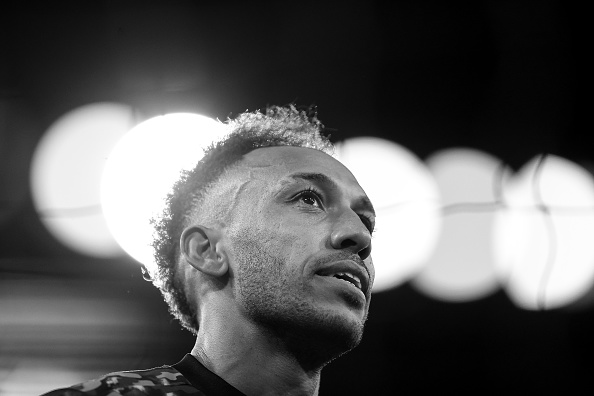 Last Wednesday, Arsenal allowed Aubameyang to go abroad to collect his mother - who had been ill - and bring her back to England. The former Borussia Dortmund striker took to Instagram to thank fans for their support:

'My mother is going through some health issues and I had to be there for her. She's already much better now... I'm more than grateful to the doctors and nurses helping her get through this.'

So, we have a clearer picture of what led to the situation the player and club now find themselves in. Aubameyang was back with his mother, Margarita, in France. Her health has not been great this past year and the footballer has made a number of trips home to be with her. He missed two games back in January for the same reason.

END_OF_DOCUMENT_TOKEN_TO_BE_REPLACED

While the club have tried their best to accommodate his requests to get home, they clearly set some ground-rules and feel the player was stretching those allowances. Removing the captaincy seems retrograde, but the briefings and behind-the-scenes attacks on his character are almost worse.

Arsenal knew what type of character they were dealing with when they offered the 32-year-old a new deal, worth over £300,000 a week, last season. They knew all about Aubameyang when he was offered the captaincy, too. His goals haul has shrivelled and his form has suffered. They have made their move when it is easier for fans to turn against him.

All they are doing, though, is dragging the name and reputation down of their highest-paid player and a guy who is contracted up until July 2023. They are using a grenade to get out of the Aubamayeang-sized hole they dug for themselves. 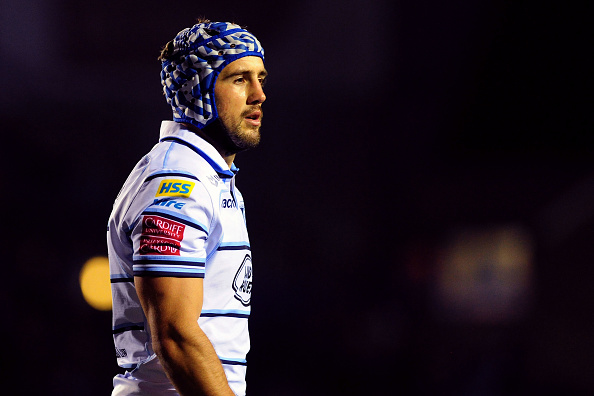 The court of public opinion

A couple of weeks back, it was Cardiff's Matthew Morgan that was copping it, for sharing some uneducated opinions on social media.

Forced to quarantine over in South Africa after testing positive for Covid, amid the Omicron strain discovery and ensuing travel restrictions that were imposed, Morgan was at his wits' end.

He let rip on the United Rugby Championship and South Africa, and soon regretted his ill-informed post. It was rash, from his end, but understandable. He flew to South Africa and left behind a heavily pregnant partner, only to find himself stuck in the country for what would turn out to be weeks.

He since apologised and deleted the tweet, but not before getting a torrent of abuse on social media and criticism in the wider media.

What we have to understand, in the cases of Aubameyang, Morgan and so many others, is that they are all going through their own stuff too. The famous quote - popularised by the Rev. John Watson and, more recently, Robin Williams - reads:

"Everyone you meet is fighting a battle you know nothing about. Be kind, always."

We cannot lampoon and criticise Piers Morgan, one minute, for his woefully cold-takes on Emma Raducanu and then get all high and mighty when a sports star says or does something we don't agree with.

They say there are two sides to every story, but there are much, much more. These days, everyone feels they have a stake.

Perhaps Aubameyang has taken liberties. Perhaps Arsenal have been harsh.

The important thing is to try and consider the person before wading in on the character.


popular
Roy Keane flew home from Qatar World Cup as 'fellow pundits were getting on his nerves'
World Cup 2022 Day 20: All the major action and talking points
Talksport presenter puts Martin O'Neill to the pin of his collar over Declan Rice and Jack Grealish
Roy Keane reveals what he wrote about England during Senegal game
Rory McIlroy explains 'falling out' with Shane Lowry that lasted a few years
Ronaldo finally reveals why he got that hideous haircut
Ballyhale's Colin Fennelly felt Ballygunner's victory speech was disrespectful
You may also like
2 days ago
Cristiano Ronaldo's sister blasts Portugal boss' decision to start forward on the bench
2 days ago
Gary Neville reacts to Cristiano Ronaldo's omission from Portugal starting XI
3 days ago
Jack Grealish wears special t-shirt designed by young fan with cerebral palsy
4 days ago
The full player ratings as England beat Senegal to set up quarter final against France
4 days ago
Arsene Wenger claims teams who focused on politics at World Cup did worse
1 week ago
The SportsJOE Friday Pub quiz: Week 3
Next Page