The Irish sportswear company has produced a lovely ol' jersey for rugby league side Widnes Vikings which the players will wear during the First Utility Super League Magic Weekend at St James’ Park on May 30th 2015. 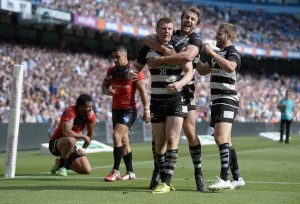 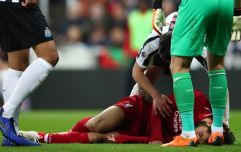 END_OF_DOCUMENT_TOKEN_TO_BE_REPLACED

The Vikings have swapped their black-and-white hoops (above) for the stripes traditionally worn by Newcastle United, the last team managed by Bobby Robson, and 100% of the proceeds raised through the sale of the jersey will go to the Sir Bobby Robson Foundation.

Emblazoned across the front of the shirt is the logo for the charity, in the space which Widnes' regular sponsor The Parcel Centre has kindly vacated.

O'Neills has also generously reduced the wholesale cost of the limited edition jersey to maximise the amount of funds that will be raised for the foundation. 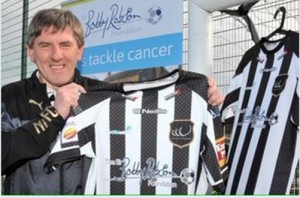 Newcastle legend Peter Beardsley has been named as a Widnes Vikings Ambassador in the lead up to the biggest weekend of the year for rugby league.

Speaking about the shirts, Beardsley said: “The Sir Bobby Robson Foundation is a charity which is close to the hearts of everyone in Newcastle so it’s great to see Widnes Vikings offering their support ahead of the Magic Weekend at St. James’ Park.

“I’m sure Widnes’ black and white shirts will be very popular with Newcastle fans and we look forward to welcoming the club and all of Super League to the city in May.”

Didi Hamann, who played for Newcastle between 1998 and 1999, has also shown his support for the cause. 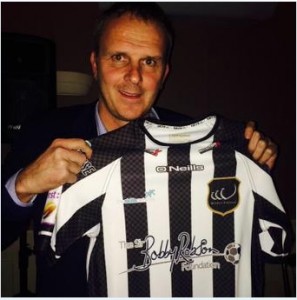 Beautiful jersey ... good cause. There's no way we're not buying one.


popular
Solskjaer gamble on Harry Maguire backfires in most horrendous way
WATCH: Munster fans in Paris pay tribute to Anthony Foley with spine-tingling Fields of Athenry rendition
José Mourinho swaps Conor McGregor a Roma jersey for some whiskey
"I'll go back running the roads now and make sure my body doesn't get lazy"
GAA at its best as Bellaghy players run into team-mate who buried his father that morning
Alex Ferguson wrote Mickey Harte a letter - ex Tyrone boss reveals in new memoir
"It doesn't look great" - Ulster victory marred by freak Will Addison injury
You may also like
2 years ago
Mark Clattenburg offers interesting theory for Shelvey escaping red card for Pogba challenge
3 years ago
Newcastle's reason for turning down Luka Modric is incredibly dumb in hindsight
3 years ago
Jamie Redknapp tears into Rafa Benitez after defeat to Chelsea
3 years ago
Newcastle captain reportedly dropped for refusing to accept new role
3 years ago
Richard Keys' response to Rafa Benitez's complaints has been described as 'embarrassing'
3 years ago
Torres shows he still has pace of Euro 2008 days in emotional final game for Atletico
Next Page