PIC: Nacer Chadli proves himself to be sound as a bloody pound with visit to ill teenager

After Jac Rush suffered a stroke two months ago, his father took to Twitter to look for his son's footballing heroes to visit him in hospital.

To all you pro footballers out there who are on tweeter it would be nice for one of you to come and see my son please pic.twitter.com/z9S7jN98L5

Spurs midfielder Nacer Chadli was quick to step up and answer his call:

@jlsrush DM me I be happy to help

And today, the Belgium midfielder popped in to spend some time with the 17-year-old football fan. 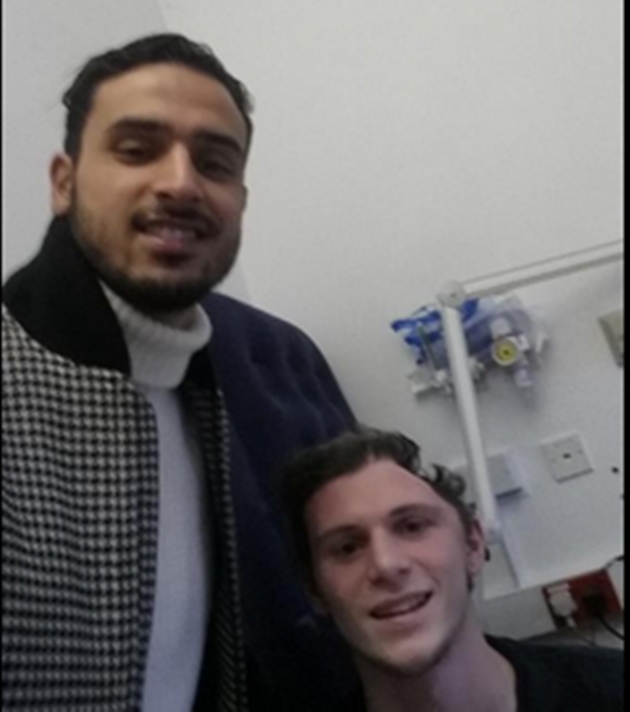 END_OF_DOCUMENT_TOKEN_TO_BE_REPLACED

Rob Rush told the Evening Standard last week about the difficulty with which the whole family were taking Jac's sudden illness and is hoping to raise awareness for the issue of strokes among younger people.

“Words can’t explain how devastating the stroke has been for Rob and our family — he lived for football," he said.

END_OF_DOCUMENT_TOKEN_TO_BE_REPLACED

“Doctors need to be aware and there needs to be the right level of support so people like Jac have the best chance of recovering."

We're hoping that a host of other big-name footballers follow suit and take the time out of their schedule to spend some time with a deserving fan.

@NChadli thank you so much for making Jac smile topman u r :) pic.twitter.com/IuO7ROMZRc