Philippe Coutinho had a clear message for his critics after scoring a wonder goal against Manchester United on Tuesday night.

Coutinho has failed to live up to the lofty expectations of the Camp Nou hardcore but he has shown flashes of brilliance since his €120 million move from Liverpool last year.

The Brazilian playmaker's impact, or lack thereof, at Barcelona has led many to believe that the Catalan giants will cut their losses with Coutinho and several clubs have been linked with the 26-year-old in recent months.

One such club is United, the side against whom Barcelona ran out 4-0 winners on aggregate in their Champions League quarter-final.

Coutinho followed on from two Lionel Messi strikes to send Ernesto Valverde's side through to the semi-finals and the former Liverpool midfielder wanted to make a point with the celebration of his golazo.

After embracing his teammates, Coutinho faced the Barcelona supporters and shoved his fingers in his ears as if to symbolise that he was paying no attention to the criticism or rumours linking him with a move away. 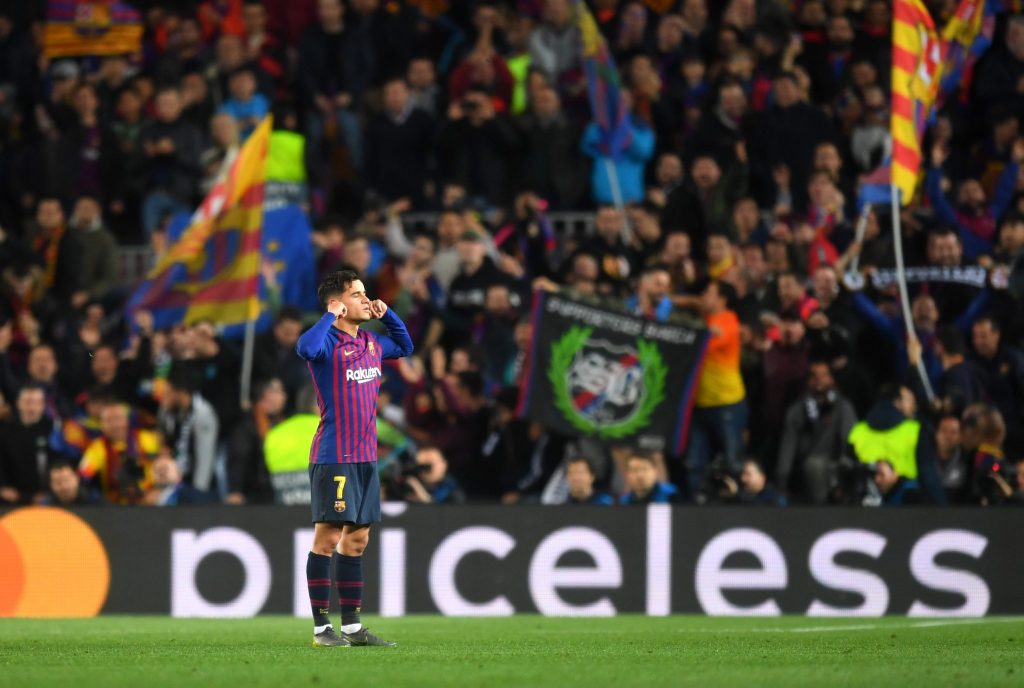 Apparently, Coutinho also said "vai tomar no cu" as he celebrated his goal which is a rather unkind way for Portuguese speakers to tell people to keep their opinions to themselves.

Coutinho giving it the ‘vai tomar no cu’ in his celebration there... https://t.co/XYNPR3gUQo

love how @Phil_Coutinho puts his hands into his ears....simply means I can't hear your criticism. I hope his critics will now keep mute #BarcaMUFC #UCL

Coutinho puts his fingers into his ears. It’s a response to his critics.
There’s no better way to answer them than that, Phil.
incredible goal ❤️.