The dream move has not gone according to plan.

Barcelona forward Philippe Coutinho is reportedly set for crisis talks with the club's manager Ernesto Valverde, to discuss the Brazilian's lack of playing at the club this season.

Coutinho joined Barcelona for a massive fee of £142 million in January 2018 and despite an impressive second half to the 2017/18 season, has struggled to make a similar impact this year.

That lack of impact, which has come despite the opportunities presented by the injury concerns with fellow forward Ousmane Dembele, has seen Coutinho score just one goal in his last five games, and fail to register a single assist in that time. 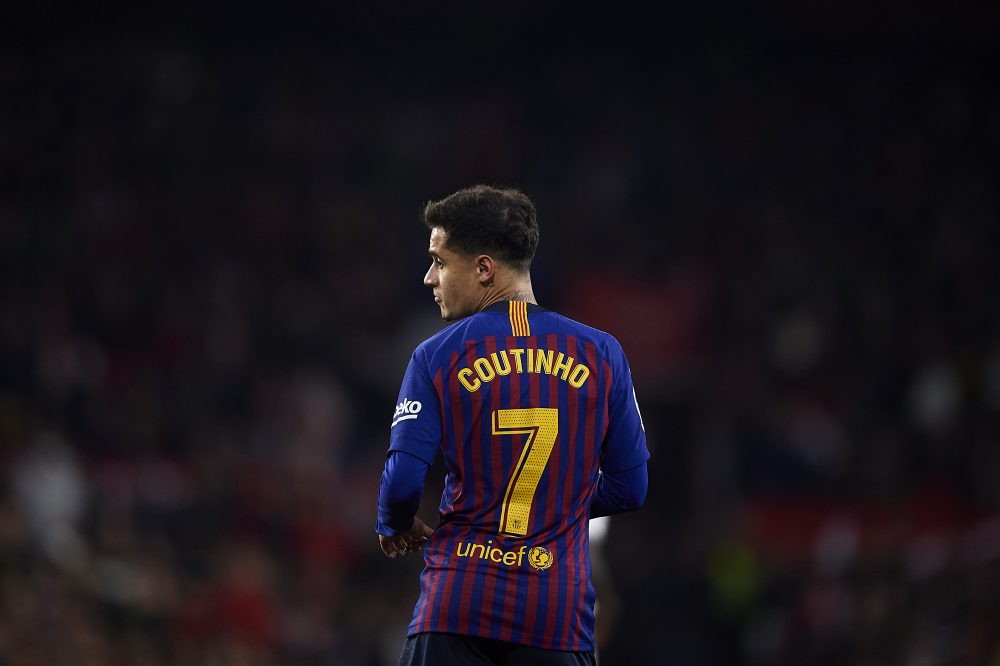 END_OF_DOCUMENT_TOKEN_TO_BE_REPLACED

In 19 league appearances this season - one more than he made for Barca last season - Coutinho has half as many goals and one fewer assist.

He also came in for harsh criticism after Barca's 2-0 Copa Del Rey defeat to Sevilla last week, after losing possession of the ball in the run up to the hosts' second of the match.

END_OF_DOCUMENT_TOKEN_TO_BE_REPLACED

Despite his drop in form, the club's hierarchy are believed to see his long term future at the Camp Nou, though there remains speculation regarding interest from Manchester United and Chelsea.

Whether Valverde shares that belief remains to be seen, but given the dwindling time between now and the end of the transfer window, it is unlikely that he will leave the club before the summer.

Not that it will stop United supporters dreaming.

There are already posters.

He looks a shadow of the player he was at Liverpool
Liverpool have no interest in a reunion but United haven't commented on the stories.

Barcelona want in excess of €100 million for the player and United made contact with Coutinho's agent over his availability. #MUFC #LFC pic.twitter.com/1jIAKlT7tK

One United fan has already made four massive signings and brought in Pochettino.

It's not for everyone, mate.

No thank you. Am okay with Ole as Manager, Herrera in my squad


popular
Kylian Mbappe reportedly wants PSG to sell Neymar
"The economy was one of the big reasons" - Cadogan's move from an electrician to personal training
Eamon McGee just couldn't help himself with Armagh-melee tweet
QUIZ: Can you name these 50 Premier League players from the 2010s?
Robert Finnerty's strut up to the penalty spot was the stuff of legend
Strongest Ireland team to face New Zealand in Test opener, after squad set-back
Mike Lowry and Peter O'Mahony in First Test contention as Ireland shuffle deck