The legendary United keeper told Good Morning Britain the three options Denmark were given. Not much choice at all, as it turns out

Peter Schmeichel has revealed that Denmark had little choice but to finish their game against Finland after it was suspended following Christian Eriksen's collapse.

Speaking to Good Morning Britain during their discussion of the nerve-racking incident, the 57-year-old told the presenters "They were left with three options. One was to play immediately and get the last 50 minutes played. The next one was to come in yesterday at 12 noon and finish the 50 minutes. And the third option was to forfeit the game and lose 3-0."

Was it wrong to restart the game after such a traumatic event?

Former goalkeeper Peter Schmeichel's son Kasper was on the pitch and consoled Christian Eriksen's partner. Peter says the game shouldn't have gone ahead and the players had very little choice. pic.twitter.com/nUDiSDruR3 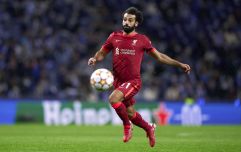 END_OF_DOCUMENT_TOKEN_TO_BE_REPLACED

Pretty callous from UEFA. Little to no respect shown to the players, the staff or the sport itself.

Not only does the idea of asking these men to play football after you've they've just seen a close friend and teammate possibly die seem unimaginable, but to threaten them with two alternatives that directly jeopardise their chances for the rest of the competition is just cruel.

He went on to tell GMB that his Schmeichel's son, Kasper, and the other players - who all played a key role in ensuring Eriksen was attended to - "Insisted on playing. I know that not to be the truth. Or that’s how you see the truth.”

"So, you know, work it out for yourself. Is it the players’ wish to play? Did they have any choice really? I don’t think they had. And as you can hear from yesterday’s press conference, the coach seriously regrets putting the players back on the pitch."

END_OF_DOCUMENT_TOKEN_TO_BE_REPLACED

Manager, Kasper Hjulmand, criticised UEFA pretty plainly over their handling of the situation, saying: "I think it was the wrong thing to make the decision between the two scenarios in this case. "The players didn't know if they lost their best friend and they had to decide [whether to play].

He went on to add that "I have a feeling we shouldn't have played, to just get on the bus and go home and see what the next days brought. It was a tough message that the players had to try and make a decision. I have a sense that it was wrong the players were put in this situation" - clearly shouldering part of the burden in having to put his players in such a difficult position.

However, he closed out his statement stating: "I am really proud to be the coach of a team that responded the way they did. Football showed its best face. Team spirit, compassion and love is what football is really about." Well said.

The Schmeichel comments were quickly followed up by RTE pundit Richie Sadlier, who also spoke on the matter on Sunday:

Turns out there was another ‘option’ given to the traumatised Denmark players - forfeit the game and lose 3-0.
They were given an ultimatum, not a choice. Stay classy, @UEFA. #Eriksen #playerwelfare pic.twitter.com/3S8VRC7RdZ 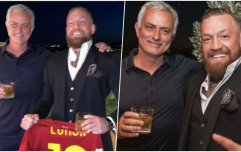 END_OF_DOCUMENT_TOKEN_TO_BE_REPLACED

Denmark's next game is the biggest challenge in their group: Belgium - strong favourites behind the likes of France. They may not have had to reschedule their game and therefore impacted their rest period but the feeling of the entire tournament will no doubt be very different for them now.

We, along with the rest of Europe and football lovers all over the world, wish them the best of luck for the rest of Euro 2020 and can only applaud them again for having the strength of character to play on. Better men than us.

You may also like
5 hours ago
Jurgen Klopp takes another dig at BT Sport for lunchtime kick-off
10 hours ago
Supercomputer makes shocking Premier League predictions
10 hours ago
UEFA reduce Aaron Wan-Bissaka's Champions League ban after review
10 hours ago
Steve Bruce hits back at journalist during press conference after question about his future
1 day ago
'The perception of time has changed': Wenger justifies biennial World Cup plans
1 day ago
FIFA to ban agents representing player and club in same deal
Next Page