After Marcus Rashford missed his penalty against Italy in the Euros final he was subjected to horrid racial abuse online.

The fake football fans took things further when they defaced and vandalised a mural of Rashford in Withington, Manchester. 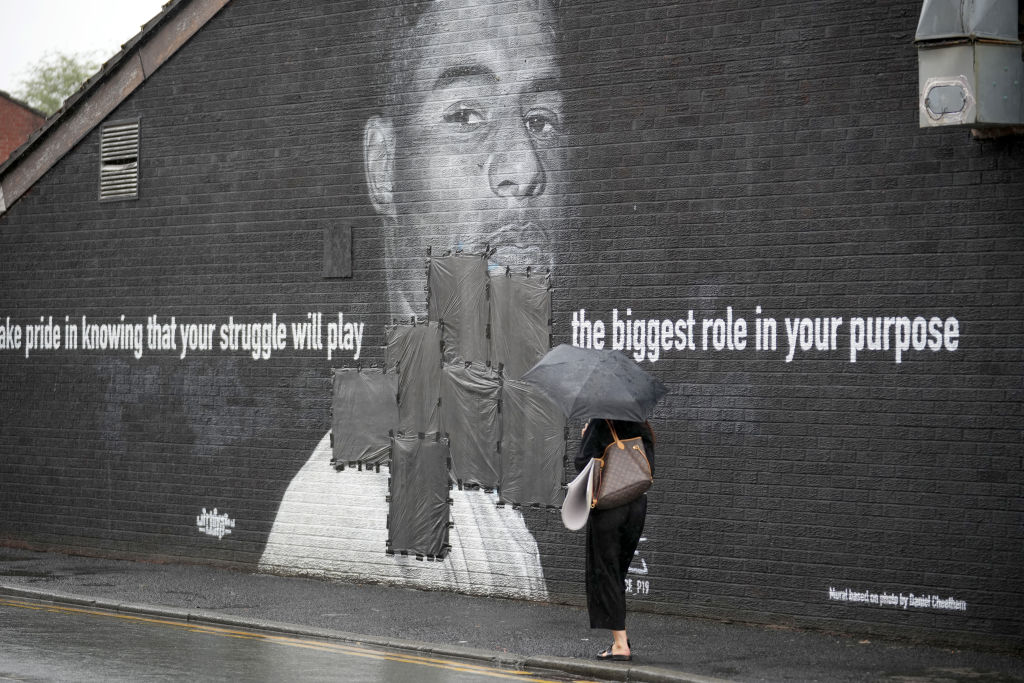 However, the good in humanity proved to have a stronger message as people began to come out to cover the graffiti that was sprayed onto the mural with hearts, drawings and messages. 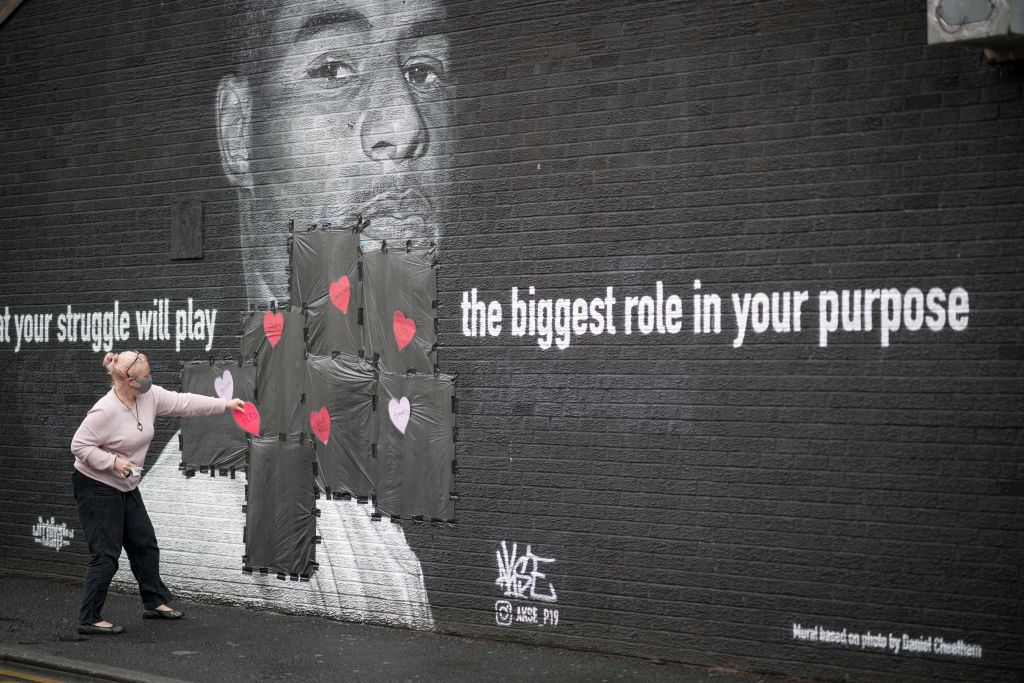 It started out as individuals, but it didn't take long before people were out in numbers and the mural was plastered with lovely artwork and heartfelt letters, declaring their support for the England striker. 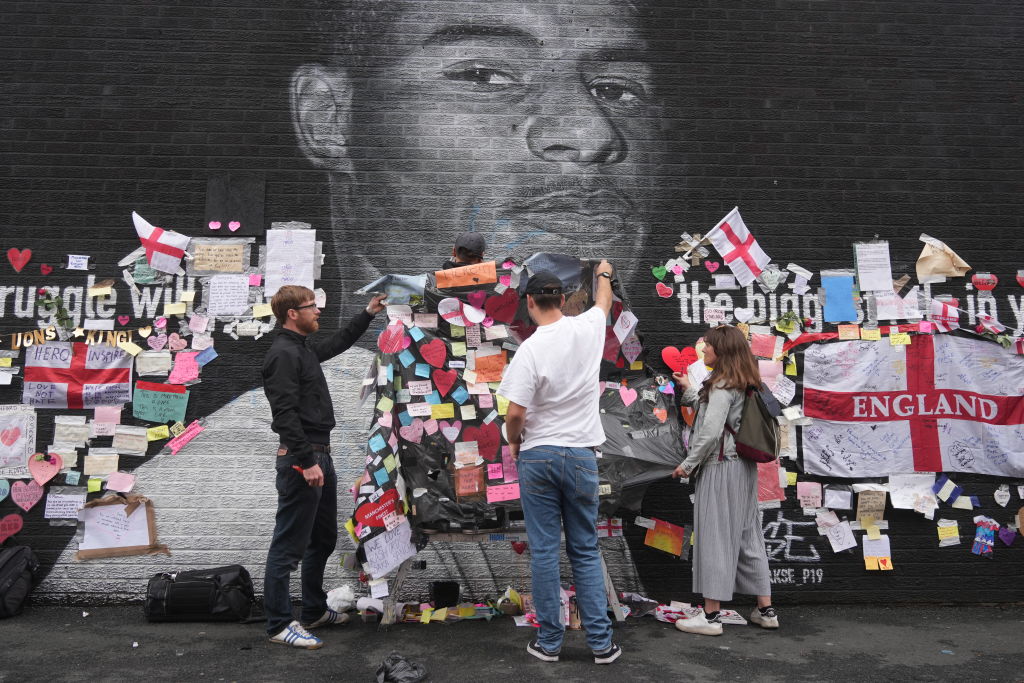 Street artist Akse, who created the Rashford mural, has now repaired the damage, and it looks even better than ever. 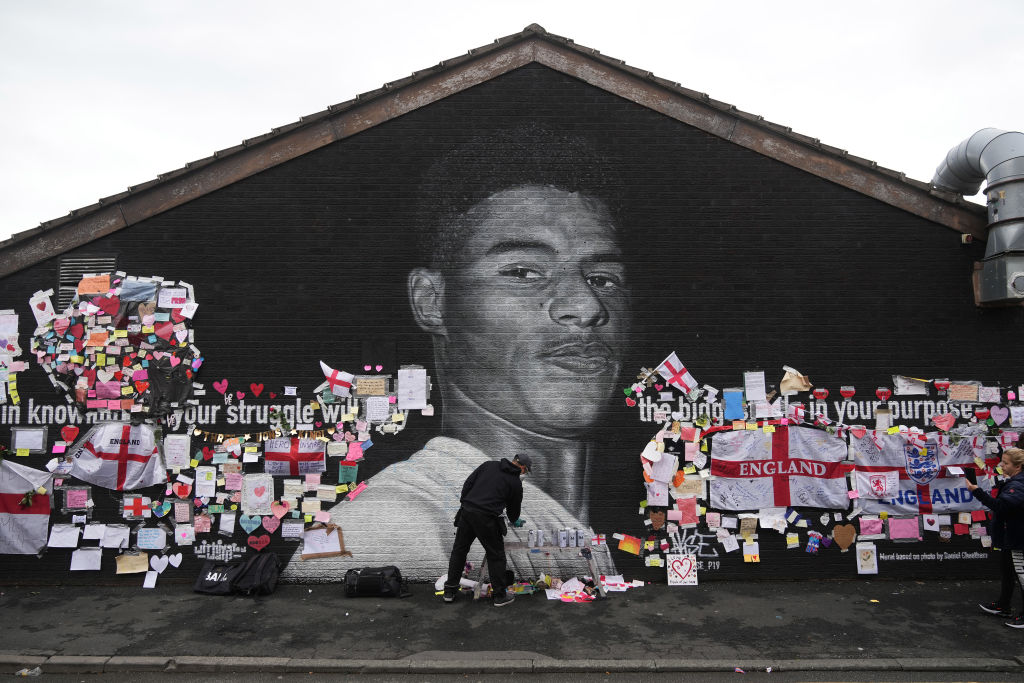 The Manchester United star took to Twitter to show his support and continued pride of representing his country.


popular
Brendan Ó Dufaigh gives a powerful interview on an emotional night in Ulster
Jamaica teammates are as frosty after Thompson-Herah's history-making 100m win
Full player ratings as South Africa leave Lions battered, bruised and beaten
Cheslin Kolbe somehow avoids red card after leaving Conor Murray in awful heap
Paul O'Donovan busts the cliches and leaves the mystery behind him in one more emphatic interview
Warren Gatland gives his take on that dangerous challenge on Conor Murray
Down u20 star dedicates Ulster victory to his late teammate in powerful interview
You may also like
2 weeks ago
Italian restaurant smashed up by 'mindless idiots' after Euro 2020 final
2 weeks ago
England fans out-do themselves as petition for Italy rematch reaches 125,000 signatures
2 weeks ago
'Brexit or no Brexit, they're all the same' - Italian press celebrate Euros victory
2 weeks ago
It was left to Roy Keane to lift England's spirits, last night
2 weeks ago
Southgate's excuse for putting on Sancho and Rashford so late reeked of fear
2 weeks ago
Jack Grealish hits back at Roy Keane after scathing penalty criticism
Next Page