'One team have got a proper coach, the other team has a sporting director'

Paul Scholes gave a scathing assessment of Manchester United's season and claimed that whilst opponents Southampton had a "proper coach," United have a "sporting director."

Ralf Rangnick's side dropped points yet again to cap off another poor week of results following their midweek draw to Burnley and last week's shock FA Cup defeat to Middlesbrough.

END_OF_DOCUMENT_TOKEN_TO_BE_REPLACED

Jadon Sancho scored his first Premier League goal of the season at Old Trafford to give the Reds a first-half lead after he got on the end of Marcus Rashford's low ball into the box to round off a ruthless counter-attack.

However, it was an all-too-familiar feeling as the visitors were allowed to grow back into the game and took advantage early into the second half as Che Adams' effort clipped in off the post to equalise.

The Saints looked the most likely to find a winner but had to settle for a well-deserved point. 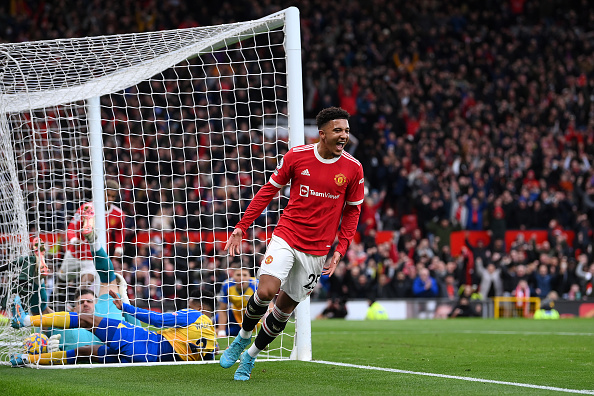 END_OF_DOCUMENT_TOKEN_TO_BE_REPLACED

The former United midfielder didn't hold back in his views on the season and criticised the lack of plan at the club.

"It's been a bad six or seven months," Scholes told BT Sport.

"The season's not been good enough and the sack for Ole [Gunnar Solskjaer] was coming, we all knew that, but where was the plan?

"There has to be a plan. You're thinking, they must be bringing in an elite, top coach but it's Man United. They should have the best in everything."

"It's been a bad six or seven months."

"The season's not been good enough."

"One team have got a proper Coach, the other team has a Sporting Director."

Paul Scholes pulls no punches in his assessment of where Man Utd currently stand... 😐 pic.twitter.com/PXCmh6liA2

Scholes then seemed to also take aim at the club's decision to appoint Rangnick as an interim boss. Whilst the German has managed previously, he is well known for his work as a sporting director - a role he will move into at United once the season has ended.

The former England international compared him to Southampton's manager Ralph Hasenhuttl who he described as a "proper coach" in comparison to Rangnick, who he called a "sporting director."

"I think he's coached a team two years out of the last 10 years," he added.

"Don't get me wrong, I like the man, I think he comes across really well [but] he just looks like he's lacked experience in coaching in the last five or six years.

"One team [Southampton] have got a proper coach, the other team have got a sporting director, which can't be right for Manchester United."

United's missed opportunity to move into the top four. They remain in fifth with the teams behind them looking to pounce.