Paul Scholes gave a brutal response to the news that Cristiano Ronaldo had left Manchester United.

United released a statement on Tuesday saying that Ronaldo had left the club by mutual consent. It comes a week after his explosive interview with Piers Morgan in which he gave a damning assessment of the Red Devils.

END_OF_DOCUMENT_TOKEN_TO_BE_REPLACED

Following the release of the full interview, United held talks with the 37-year-old and have agreed to part ways two days before Ronaldo is due to play his first game at the World Cup for Portugal on Thursday.

Ronaldo then released a statement himself in the wake of the news and paid tribute to the fans and said that the club would always be in his heart. He said:

"Following talks with Manchester United, we’ve mutually agreed to end our contract. I love Manchester United and I love the fans, that will never ever change. It feels like the right time to seek a new challenge. I wish Man Utd all the best." 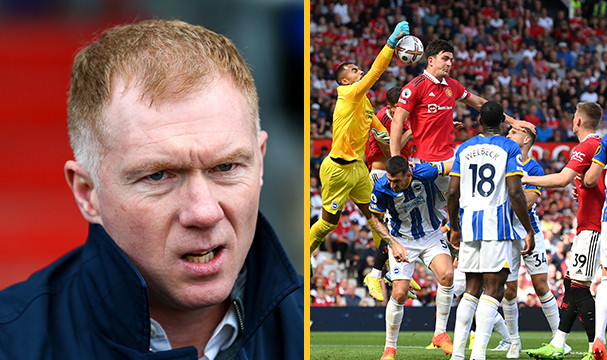 Pundits and fans around the world have reacted to their news and his former teammate Paul Scholes, was one of those who didn't mince his words.

In a simple Instagram story he posted: 'Mission accomplished... arsed."

END_OF_DOCUMENT_TOKEN_TO_BE_REPLACED

This is not the first time Paul Scholes has hit out at Cristiano Ronaldo and his entourage. When the Portuguese missed the start of United's pre-season, in the summer, Scholes hit out on social media. He wrote on Instagram: "Let the circus begin."

Rio Ferdinand also agreed with the decision to part ways with Ronaldo. He said:

"Erik ten Hag got what he wanted out of this situation. So both parties are happy. Move on."

Burnley manager Vincent Kompany was asked if he would take Ronaldo at the Clarets and he didn't seem keen to bring the Portugal forward to Turf Moor.

"We need players that can run," he said jokingly.