He would have looked very silly had he missed.

Manchester United's season got off to a flying start this evening, as they took the lead within two minutes against Leicester City at Old Trafford. A careless handball from Daniel Amartey gave United a penalty and Paul Pogba, wearing the captain's armband in the absence of Antonio Valencia, stepped up to take it.

He scored the penalty, slotting it calmly into the top right corner, but his run-up was one of such nonchalance that he risked making a fool of himself if he had missed the penalty.

It was reminiscent of Simone Zaza's penalty against Germany in Euro 2016, as he took an age to reach the ball, taking a lot of small, tip-toed steps towards the ball. 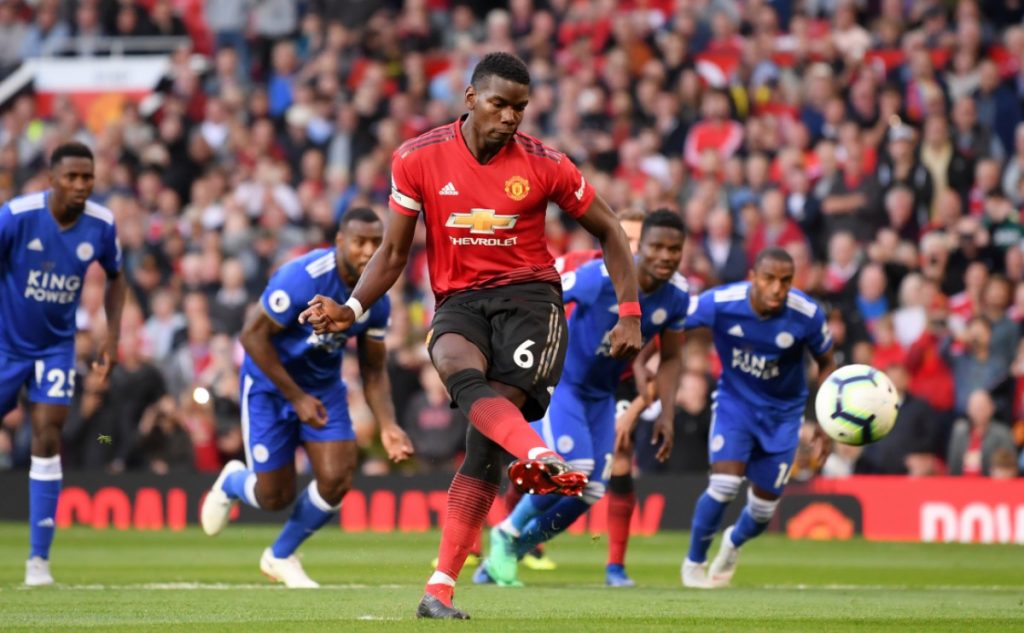 As with most things involving Pogba, it got a mixed response.

As good as Pogba's penalty was it was no Simone Zaza.. https://t.co/TUGLQ6Qgwu

Here's another look at that run up from Pogba#MUNLEI pic.twitter.com/7BQOgLkRTm

Pogba's run up to the Pen that has put Man Untied into the lead. https://t.co/HGvnmrIKrf


popular
"I never really cried or got emotional over what I've done as an individual. I couldn't give a s***"
"I was off the grid" - Aidan O'Shea respond's to Mayo criticism after club championship win
"If I break my wrist, it's on f***ing both of you." - Koepka and Berger act the spoiled child
'I won The Open by six shots in my home country, but this was the best week of my golfing career'
Final Ryder Cup player ratings a tough read for some Team Europe big guns
The FootballJOE Pub Quiz: Week 7
Borussia Dortmund to change jersey after fans make valid complaint
You may also like
2 days ago
Solskjaer claims Aston Villa winner was offside and takes aim at away side
2 days ago
Emi Martinez really got into Bruno Fernandes' head with comments before penalty
2 days ago
David Moyes reveals how Marcelo Bielsa derailed Man Utd title win
2 days ago
Ole Gunnar Solskjaer believes that Cristiano Ronaldo could play into his 40s
4 days ago
Solskjaer claims 'lucky' Mark Noble benefitted from penalty call
5 days ago
'Solskjaer has started the new season the same, so why would you expect a different result?"
Next Page