'You just want to get away from everyone'

Paul Pogba has revealed that he struggled with depression during his time at Manchester United, something he claims started during Jose Mourinho's time as manager.

The Frenchman experienced a difficult relationship with Mourinho, who stripped the 29-year-old of the vice-captaincy role in September, 2018 after he was publicly critical of the club's style of play.

Pogba was speaking to French tabloid, Le Fiagro where he was asked if he had experienced depression at any point in his career.

"Completely, and several times in my career," the midfielder revealed.

"I knew I was (depressed), but you don't talk about it. Sometimes you don't know you're depressed. You just want to get away from everyone, to be alone. But those are unmistakable signs."

Paul Pogba on help he received from Patrice Evra

END_OF_DOCUMENT_TOKEN_TO_BE_REPLACED

"Personally, it started when I was with José Mourinho in Manchester," Pogba continued.

"You ask yourself questions. You wonder if it's your fault, because you have never experienced moments like that before in your life."

Pogba was then asked how he copes with depression, to which he explained that speaking to close friends and teammates who had also suffered from depression, helped him with his recovery.

"I refocus on my family, my friends, and that desire to win matches or to progress does not go away despite everything," he added.

"I don’t want negative moments to make me forget everything I've achieved, but it's not necessarily easy and, when I can't do it on my own, I talk a lot with ‘Tonton Pat’ (Patrice Evra), former players who have gone through this, because they will understand you immediately.

"My (psychologist) can be my best friend, my wife or my son. Talking, being listened to, bringing out all that rage and depression that’s eating away at you... I need all that."

END_OF_DOCUMENT_TOKEN_TO_BE_REPLACED

Patrice Evra would have first met Pogba when he was in the first team at Manchester United and the midfielder was coming through the academy.

They later became teammates at Juventus and played for several years together with the France. Evra defended Pogba in a Daily Mail interview, earlier this season, saying he got an inordinate amount of stick from some United fans and ex-players:

"I am not defending him just because he is like my little brother, but people are harsh on him. Paul is just a player in that team. He is not United." 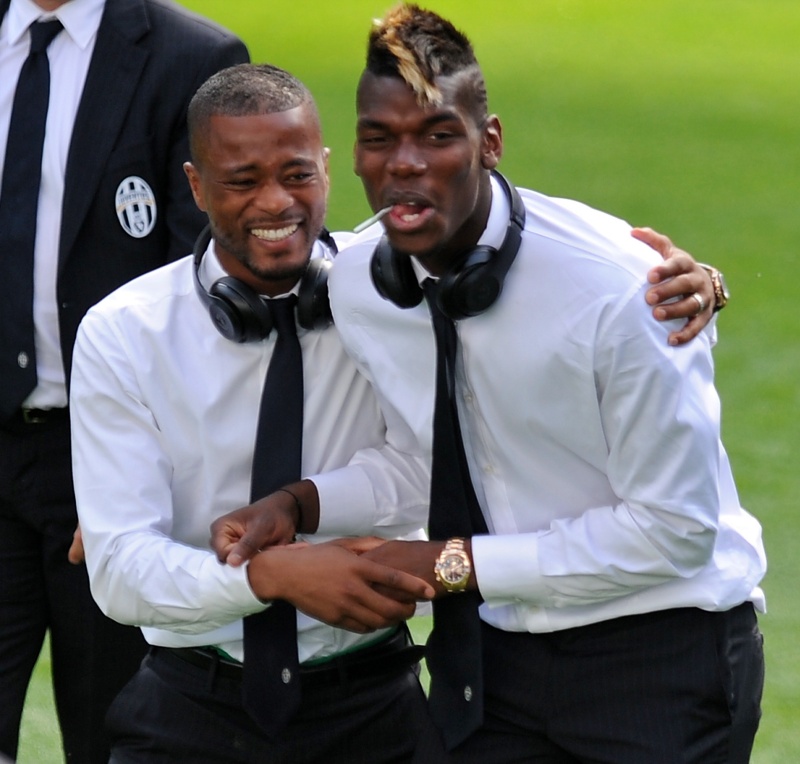 Pogba is widely expected to leave United for a second time in the months to come.

Having come through the youth ranks at Old Trafford, Pogba left for Juventus in 2012, only to return for a then-world record fee four years later.

With his contract due to expire in the summer, Pogba has been linked with a move back to France with Paris Saint-Germain, with Real Madrid also thought to be keen on adding him to their midfield.