Pogba was named on the 30-man shortlist for the award earlier this week after helping France to World Cup glory in Russia in the summer. Despite this, he's stated that four of his international teammates are more deserving of the award than he is.

Antoine Griezmann, Kylian Mbappe, Raphael Varane and N'Golo Kante also played starring roles in France's World Cup triumph and the Manchester United midfielder has indicated that he'd be happy for any of them to be named the world's best player ahead of him.

"Whether it's Grizou [Griezmann], Kylian [Mbappe] or Raph [Varane], they deserve it much more than me," Pogba said.

"I can't designate one [to win it]. But I hope with all my heart that this is one of the three. 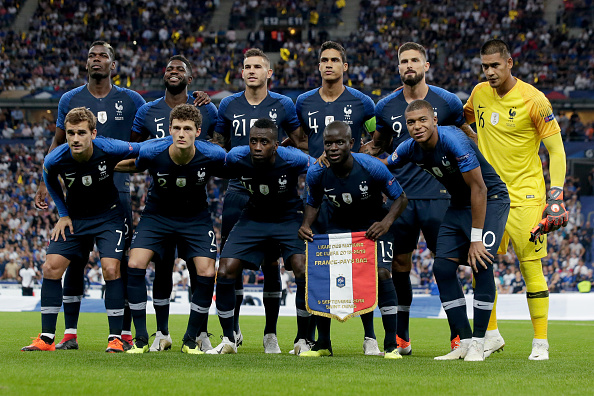 END_OF_DOCUMENT_TOKEN_TO_BE_REPLACED

"One of the four also because there is NG [Kante]. That's all I hope for anyway, because there are many who deserve it. I do not put myself in."

Since Kaka won the award in 2007, the Ballon d'Or has been won by either Lionel Messi or Cristiano Ronaldo every year since. There is, however, a strong feeling that a new name will break the duopoly this year. As well as the names listed by Pogba, Luka Modric is also expected to be one of the main contenders.

Modric played a key role in Real Madrid's third successive Champions League success last season and the midfielder also helped Croatia to its first ever World Cup final. Recently named as The Best Fifa Men’s Player, many bookmakers see him as favourite to follow this up with the Ballon d'Or.

Pogba is currently back with his international teammates and is expected to play in their international friendly against Iceland on Thursday night.


popular
Roy Keane's first impression of Cristiano Ronaldo proved to be very accurate
The 14 Irish players Down Under as TG4 come up with the goods once again
The SportsJOE 12 o'clock quiz | Day 290
QUIZ: Can you name all of these 1990s GAA stars?
Fernando Torres has got absolutely jacked since retiring from football
Lady Gaga will perform Satanic ritual during Super Bowl halftime show, according to conspiracy theorist
The SportsJOE 12 o'clock quiz | Day 289
You may also like
1 week ago
Paul Pogba's reward for Burnley bullet by may be seat on Anfield bench
1 month ago
A Paul Pogba Cristiano Ronaldo swap deal might *actually* happen
1 month ago
Jamie Carragher calls Paul Pogba 'the most overrated player' he's ever seen
2 months ago
Paul Pogba isn't happy at Man United, says France manager Deschamps
2 months ago
Roy Keane tears strips off Man United after insipid defeat to Arsenal
2 months ago
"So The Sun did it again" - Pogba fires back with powerful Instagram post
Next Page