Paul McGrath was born in England, but he's an Irishman.

Declan Rice was the notable absentee in the Republic of Ireland squad announcement for the Uefa Nations League. The 19-year-old has represented the Boys In Green at senior level three times. He shone in two of those games and was the best Ireland player on the pitch for all of them.

However, the London-born West Ham player is still able to declare for England because all of those games were friendlies. He has yet to play a competitive match at senior international level.

According to Martin O'Neill, he's taking some time to deliberate. He also confirmed that England have been in touch with him.

"He is still deliberating. He is a young man. Obviously, England, the place of his birth, have talked to him. We respect that. I think he just wants a little bit more time. It's probably to do with the fact that he started the season with a new manager at club level, and he's trying to cement a place there. I'm still hopeful. He is taking time to make his mind up. He has done brilliantly for us. I'm giving him a little bit of time."

One man who never would have thought twice about putting on that green shirt is Paul McGrath. As he declared on Instagram, he would have 'swam back to represent my country'. 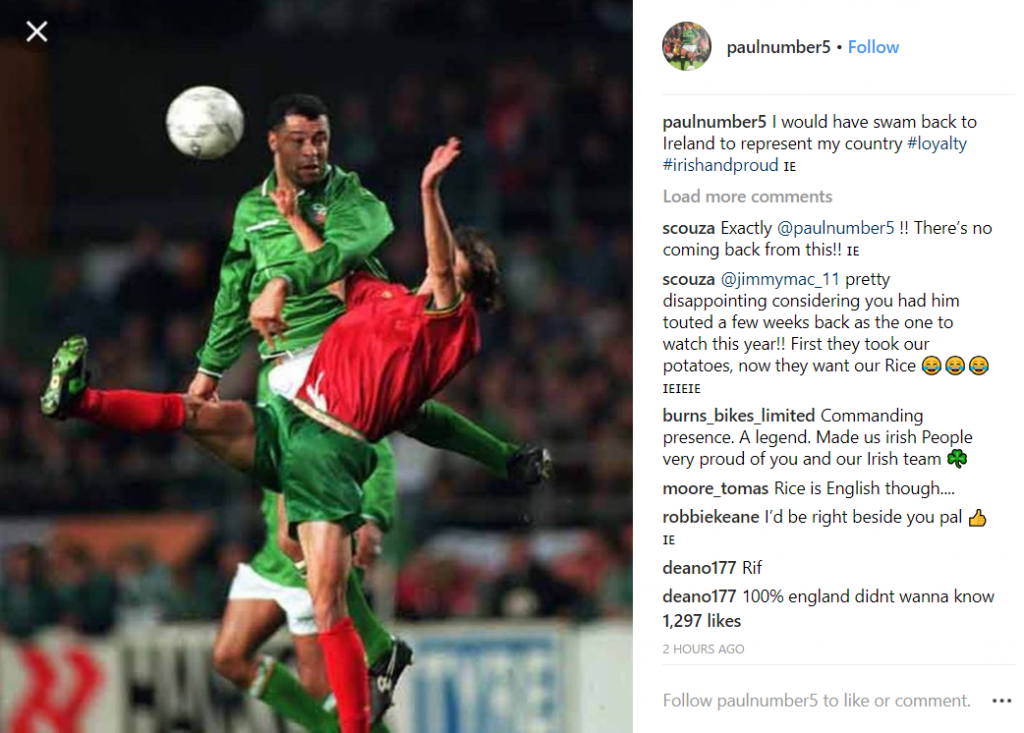