"I was communicating with him this morning. He's good fun!"

Paul McGinley is a West Ham fan and will have cursed Manchester United on many occasions, but getting the opportunity to meet Alex Ferguson was something he believes helped define him as a leader of men.

McGinley has four European Tour wins, four Irish PGA Championships and won the World Cup with Padraig Harrington in 1997, but his career - as a player and captain - has been defined by The Ryder Cup.

END_OF_DOCUMENT_TOKEN_TO_BE_REPLACED

The Dubliner played in three successful Ryder Cup campaigns from 2002 to 2006 and had the honour of clinching the 2002 competition with a clutch putt on the 18th. Himself and Harrington also stunned Tiger Woods and Davis Love III in a memorable afternoon foursomes, two years later.

McGinley then acted as vice captain for victorious 2010 and 2012 campaigns before he was bestowed the honour in 2014. He would lead Team Europe against a Team USA side captained by the legendary Tom Watson. The Americans were coming with a stacked deck too, with Phil Mickelson, Rickie Fowler, Jordan Spieth, Bubba Watson and Patrick Reed all heading for Gleneagles.

Ahead of that event McGinley was looking for all the insights and advice he could get. Speaking at the launch of the 'Leaders Lounge' event, McGinley - an Allianz ambassador - recalled him reaching out to Manchester United boss Alex Ferguson. 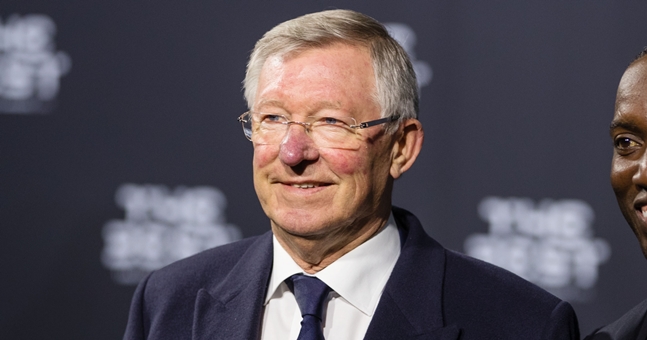 "Alex Ferguson is such a person that it wasn't a case of me going, 'I'm Paul McGinley, Ryder Cup captain, can you tell me how to lead?' It wasn't that relationship at all.

"The reason I sought him out was because there were a number of things I wasn't strong at and I didn't have experience in. For example, I was always six to 12 in the [golf] team. I wasn't one of the superstars. So how do you manage the superstars?

"His insights on that were about taking pressure off them, rather than putting pressure on. You don't heap a whole load of pressure on their shoulders. You don't make them the focal point in the media, leading up to it. You make them part of the rest of the team, you bring them down and, on some level, you protect them. You don't highlight them.

"Some may highlight the best players and make it all about them but, generally, his view was that adding so much pressure on top of them - when they're already under so much pressure - is going to have a negative rather than a positive effect."

"That was one of the main ones," McGinley continues, "but another was about managing communication with the players. If you want them to do a role that they may not necessarily be onside with doing, it's important how you communicate that, and the different things you bring to the table when you are doing that.

END_OF_DOCUMENT_TOKEN_TO_BE_REPLACED

"It's not just a case of, 'There's the news. Off you go. Thanks very much'. You also have to build them up too and make them see where the positive side is, and what could be in it for them." On Ferguson's third key piece of advice, McGinley states:

"It's about the individual themselves and why it's not just important about the team winning. It's why it's important for their individual career development as players."

With those three main pieces of advice, you get a sense of how Ferguson was able to manage players like Beckham, Ronaldo, Yorke, Giggs ad Sharpe to a slew of domestic and European titles.

McGinley put that advice to good use and captained Team Europe to a resounding five-point win over the USA. Ferguson, who had delivered a motivational talk to the Europeans before the tournament commenced, was at Gleneagles for the Irishman's finest hour. 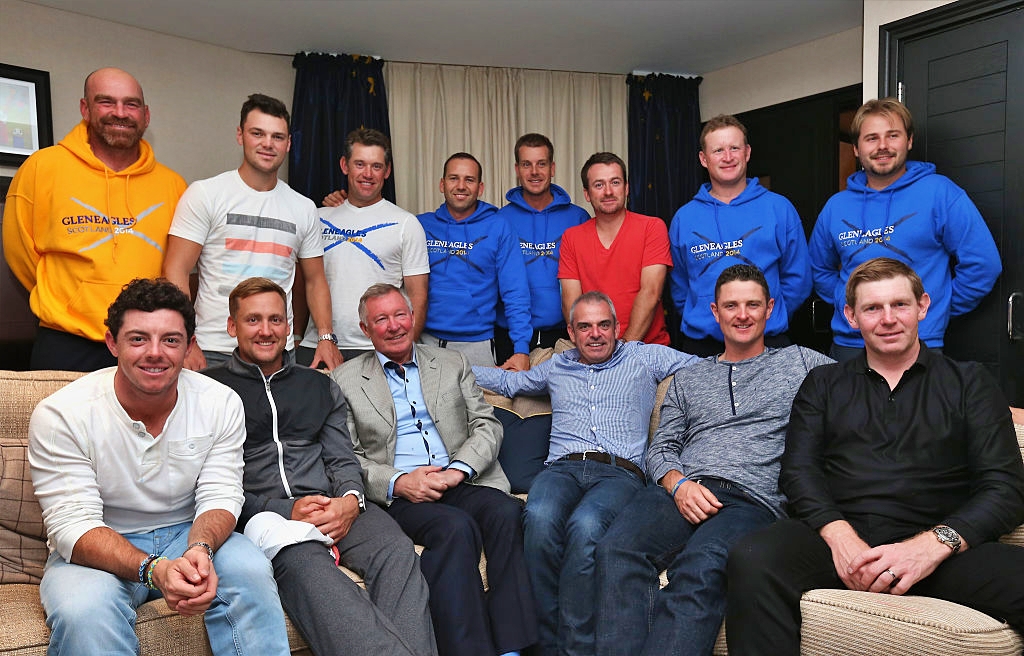 McGinley is excited about linking up with Dublin GAA supremo Jim Gavin and Leinster senior coach Stuart Lancaster at this Leaders Lounge event, in early November.

"I first met Stuart at a GAA conference that we did together, a few years ago. Jim, I've obviously known a long time and even before he took over with the Dubs. What we are trying to create here is something different. This is not your standard three guys sitting on a stool and preaching about leadership. It's quite the opposite.

"The idea is to link leadership with sport and to throw out some ideas that we've experienced in our different sports, and to back it up with some video footage, soundbites, storylines and a bit of a rock n' roll production. It's not your normal business conference." 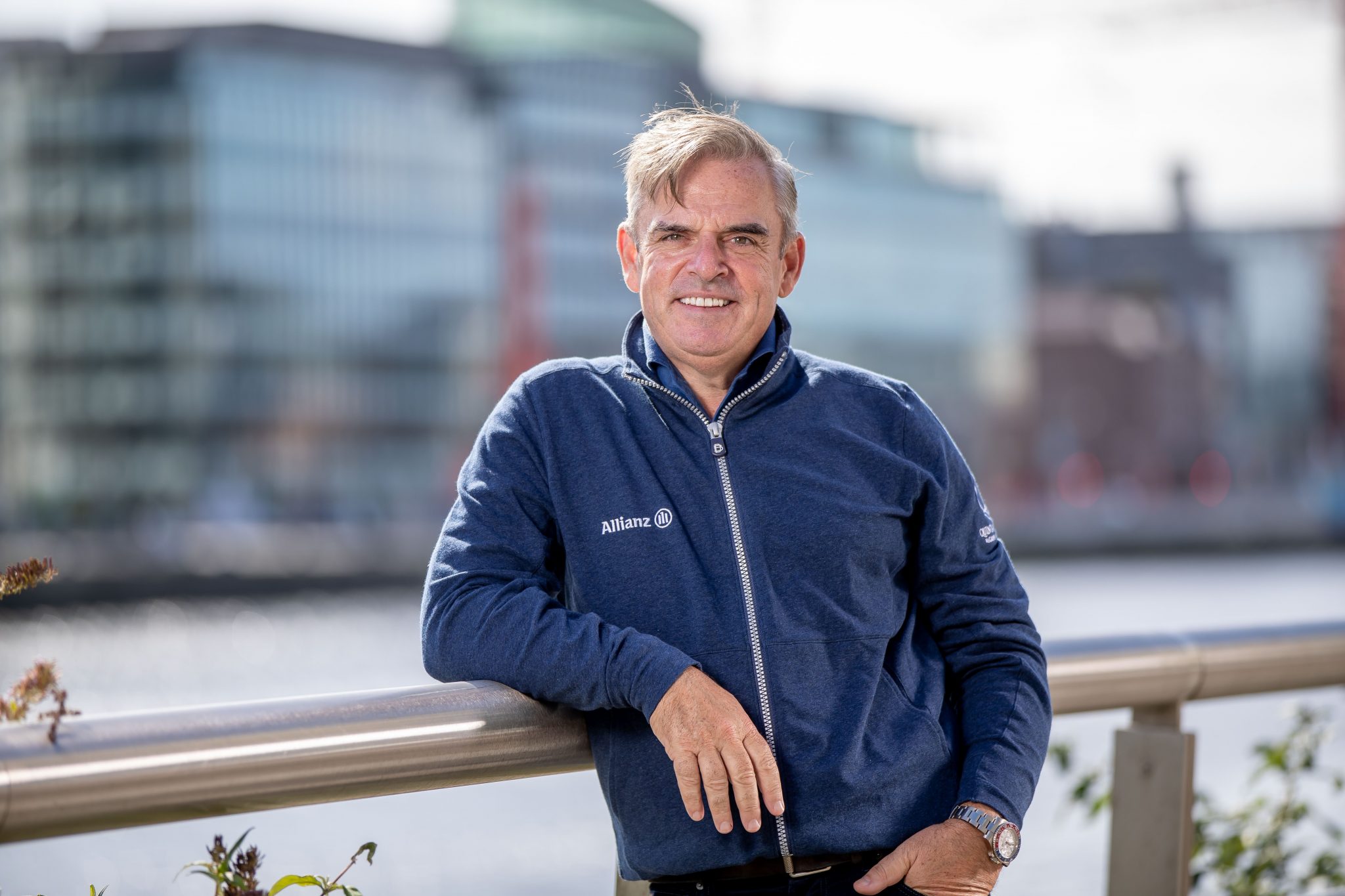 
popular
Galway fans' frosty reception for Davy Fitz doesn't make any sense
The most Stone Age tackle you've ever seen gets South African lock straight red card
Ryan Manning hacked to the ground by Henri Lansbury in ruthless assault
'Brian was a genius... he would've killed you to even win a game of touch'
"Johnno went, 'We’re not moving! You're trying to mess us about!'" - Ben Kay recalls red carpet controversy
Final question of Ryder Cup press conference has Team USA in all sorts of trouble
"20 seconds of lunacy" sees Joao Felix red-carded against Athletic Bilbao
You may also like
1 day ago
Gareth Southgate says England team set-up urgently needs more women involved
1 day ago
Man City fans hit out at Pep Guardiola after attendance appeal
1 day ago
France down drop as FIFA world rankings are updated
1 day ago
Chris Sutton and Neil Lennon denied access to Rangers game over security fears
2 days ago
Michael Owen claims PSG are a weaker team because of Lionel Messi
2 days ago
Reece James has Champions League winners medal stolen during robbery
Next Page