Owen Hargreaves on what made Vidic and Ferdinand's partnership so special

The two lads have a combined age of 81, now, but could probably still do a decent job of it.

It has been over seven years, now, since Rio Ferdinand and Nemanja Vidic played together in the heart of the Manchester United defence.

Most United fans opt to forget that uncomfortable final season they had, with David Moyes at the helm, and focus on the years of solidity provided by the duo, which was the foundation of many of United's big title wins.

END_OF_DOCUMENT_TOKEN_TO_BE_REPLACED

Owen Hargreaves played with Vidic and Ferdinand for four seasons - with his biggest involvements coming in his first year with the club. Having been signed from Bayern Munich in the summer of 2007, Hargreaves featured 34 times in his first season with United as the club won a league and European Cup double.

During that season, Hargreaves was asked to fill in at right back on a few occasions and he got an even better understanding of that Vidic and Ferdinand relationship. On All To Play For, Hargreaves told Tom Davis and Joe Cole what it was like to play with the defensive duo.

"You had Vida, who was an absolute machine, and then you had Rio, who was the cool one and the leader. He would coach you on when to come out, and push on.

"Vida and Rio were the perfect combination. With Vida, you'd look at him playing and think, 'He's hard as nails', because he was. But he was quiet.

"It was Rio that did all the talking. He didn't shut up the whole training session or match." 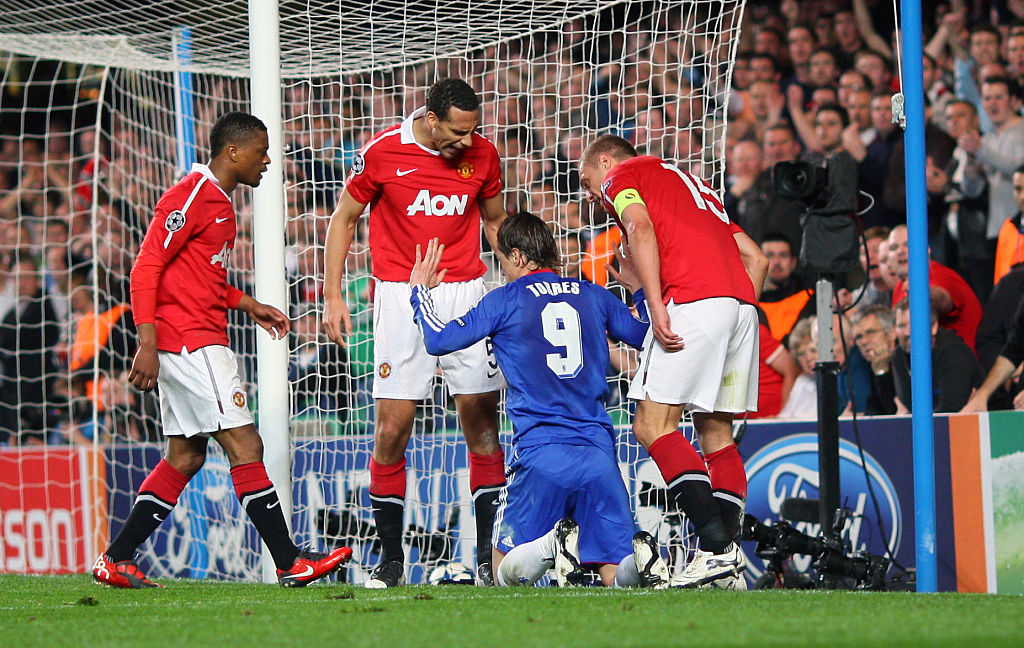 Fernando Torres holds his hands up as he kneels in front of Patrice Evra, Rio Ferdinand and Nemanja Vidic of Manchester United (Photo by Catherine Ivill/AMA/Corbis via Getty Images)

Such was the understanding both men had, that it was Vidic who kept Ferdinand's emotions in check before he lifted the Champions League trophy, in 2008.

"Sir Bobby Charlton came down," Ferdinand once recalled on BT Sport, "and started speaking to me about the history of the club, and what it meant to be the captain to go up the steps and pick up the trophy.

"He said a few nice, kind words and then I saw my family on the other side and it just hit me - my lip started going and I started to well up a little bit. I remember Vida just stood there and said, 'Rio, not here'... And I went, 'Sorry Vida, yeah' and we went up (to collect the trophy)."

Hargreaves also spoke out how the United team of that 2007/08 season adapted their game for the different type of opposition that crossed their path. 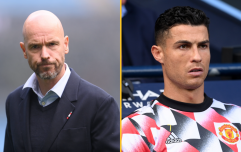 END_OF_DOCUMENT_TOKEN_TO_BE_REPLACED

"The cool thing about that United team," he stated, "was, whatever the game needed, we could give it to you... Ji-Sung Park, Darren Fletcher, Wes Brown - you had all these players that could pop up and give you 30 games, and you wouldn't miss a beat."