Troy Deeney has claimed Northern Ireland have been in contact with regards the player declaring for the national team.

The Watford striker, who has nine goals in 30 Premier League appearances this season, also told Soccer AM that although the possibility of playing for Michael O'Neill's side has been discussed, his first-choice is to play for his native England.

"I have to be careful about what I say, but I'm just going to do my job and hopefully Mr Hodgson will give me a knock and I'll be the first one there," the 27 year old said about his hopes of impressing England boss Roy Hodgson.

"I'd be the proudest man in the country if I did get the opportunity. I just have to keep doing my job and working away." 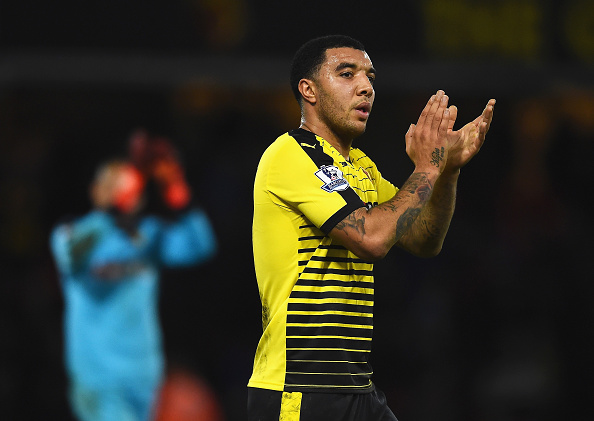 "Yes, we are just confirming the Northern Ireland thing at the moment," the Watford captain, who is also eligible to play for Jamaica, went on to say.

However, back in 2013, O'Neill said that while the possibility of Deeney playing for Northern Ireland had been discussed, nothing materialised because the player was, in fact, ineligible. 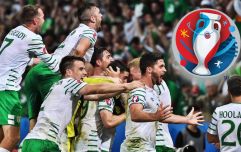 END_OF_DOCUMENT_TOKEN_TO_BE_REPLACED

"Troy said his grandfather was from Northern Ireland and we were delighted at the thought of bringing him in but at the last minute it turned out to be his great grandfather, so he didn't qualify for us."

Whether Deeney has since unearthed another relative that enables him to line out for O'Neill's side is unclear. However, there's no doubt he'd improve the Northern Irish squad ahead of their first international tournament in 30 years.


popular
Roy Keane story shows the power he had at Manchester United
McGregor admits shout from Dustin Poirier's corner got inside his head
McGregor's first words to Poirier after defeat show where the damage was done
Dustin Poirier annihilates Conor McGregor to earn stunning UFC 257 victory
Khabib Nurmagomedov reacts to Conor McGregor's shock UFC 257 loss
Jolie Poirier certainly let her voice be heard after her husband's win over McGregor
He'll be remembered as a footballer but Keith Higgins has always been a hurler
You may also like
1 year ago
Jon Walters on Ireland's 'French Foreign Legion' security at Euro 2016
2 years ago
Every step the English hype train is about to take ahead of the World Cup
2 years ago
Cristiano Ronaldo story shows how far Robbie Brady has come
2 years ago
An insane amount of people watched Wes Hoolahan's goal against Sweden
3 years ago
Ranking Ireland's home jerseys of the last three decades
3 years ago
QUIZ: You have ONE minute to name the Ireland team that played Sweden at Euro 2016
Next Page