Nigeria's World Cup jersey sells out after three million pre-orders, and we can see why

And we thought Irish fans went crazy whenever we reached a World Cup...

Nigeria have been lumped into a World Cup group with Iceland, Croatia and Argentina but that has not dampened their spirits one bit.

'The Super Eagles' are weeks away from the footy extravaganza in Russia and have been getting prepped in their own, laid-back way.

A little bit of 'basketball' is good for the @NGSuperEagles. pic.twitter.com/IRWszrIYS4

END_OF_DOCUMENT_TOKEN_TO_BE_REPLACED

They may be cup outsiders, due to the difficulty of their group, but they are travelling to Russia in style.

The team will be kitted out by Nike for the tournament and their flashy, green gear has gone down a treat. The bold design and World Cup fever have combined to record numbers of football fans looking for the jersey.

According to the Nigeria Football Federation, there have been three million pre-orders for the team's replica shirts. Nigeria's home and away jerseys - retailing at just under £65 - sold out not long after being released on the Nike website and there have been queues outside stores that have stocked the kit.

Looking at a few of the kit release promo pictures, we can see why some folk would be willing to part ways with their hard-earned for a jersey or two: 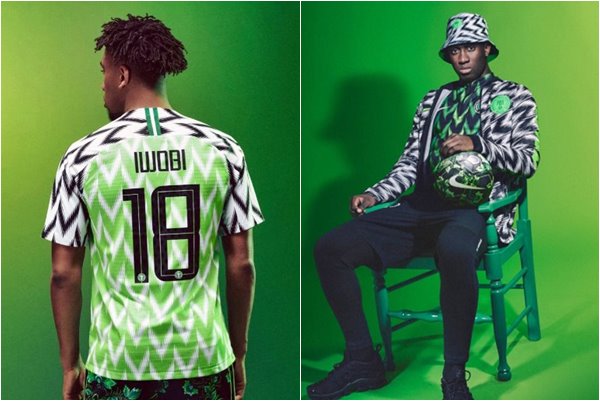 It's like a throwback to some glorious Arsenal gear from the 1990s. 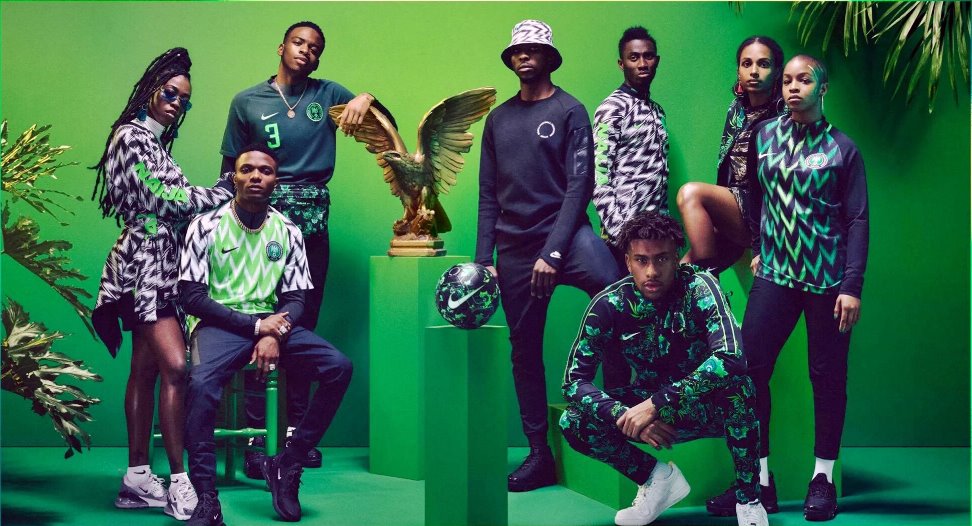 Nigeria will wear the light green home jersey when they take on Gareth Southgate's England in a World Cup warm-up game on Saturday evening.


popular
"I remember someone saying, 'This guy's the best of the lot of them. Just wait for him'" - Brian O'Driscoll
Emotional Robbie Savage introduces son Charlie's Man Utd debut while on commentary duty
"I trained with a guy that was born in 2004 the other day. We reckoned Earlsie could be his father!" - Peter O'Mahony
Nigel Owens on most annoying players to referee (three of them are Irish)
The story of the GAA's greatest ever minor
Six All Blacks but no Ireland players in world's top 20 list headed by Antoine Dupont
"I asked one question and lads slagged the arse off me!" - Johnny Sexton on Roy Keane chat
You may also like
1 year ago
Bundee Aki backs "unbelievable" James Lowe to prove Test calibre
1 year ago
10 of the best football kit releases and leaks for 2020/21
2 years ago
Manchester United's new home kit accidentally confirmed as shirt goes on sale early
2 years ago
A Manchester United retro jersey has been leaked and it's an absolute beauty
2 years ago
There was a mixed reaction to 'leaked images' of Arsenal's new adidas kits
4 days ago
Divock Origi to the rescue after Diogo Jota's absolutely incredible miss
Next Page