Granit Xhaka signed for Arsenal before Euro 2016, costing the Gunners around €35m from Borussia Monchengladbach.

The Swiss midfielder is technically gifted with a cultured left-foot - so an archetypal Arsenal player. But he is also fond of a tackle, and many feel he will provide some much needed steel to Arsenal's engine-room.

However, Neil Lennon isn't convinced and following Switzerland's goalless draw with France made a rather unflattering comparison between the 23-year-old and a certain Stoke City and Scotland midfielder. 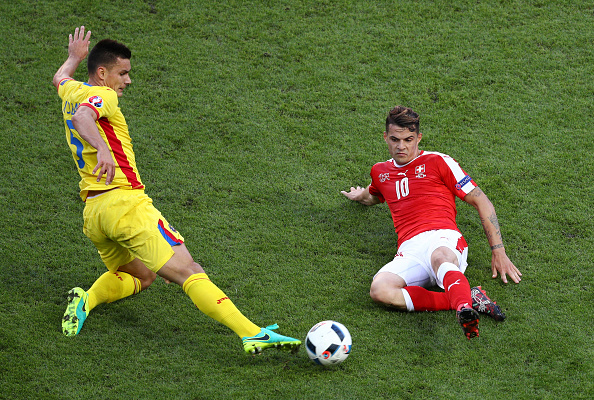 "I've not been that impressed. He [Xhaka] is all right. He reminds me of Charlie Adam."

END_OF_DOCUMENT_TOKEN_TO_BE_REPLACED

Adam has a had a decent career by any metric, but he's not exactly going to be top of Arsenal's transfer list.

Danny Murphy was another ex-pro to have his say on Xhaka. However, the Switzerland v France game may be one of the first times the BBC co-commentator has watched the midfielder.

Danny Murphy: "Xhaka's not the sort who'll get at you"

You may also like
1 month ago
"That was a little bit over the top" - Lee Dixon on Ben White's interview after Southampton draw
1 month ago
Paul Merson claims that Aston Villa were wrong to sack Steven Gerrard
1 month ago
"Roy Keane was my dream player to play against... he wasn't a clever player" - David Hillier
1 month ago
FA reviewing incident involving Arsenal and Liverpool players after clash
1 month ago
Arsenal fans won't be happy with Jurgen Klopp's Gabriel Jesus comment
1 month ago
Thierry Henry once humiliated teammates in training just to prove a point
Next Page